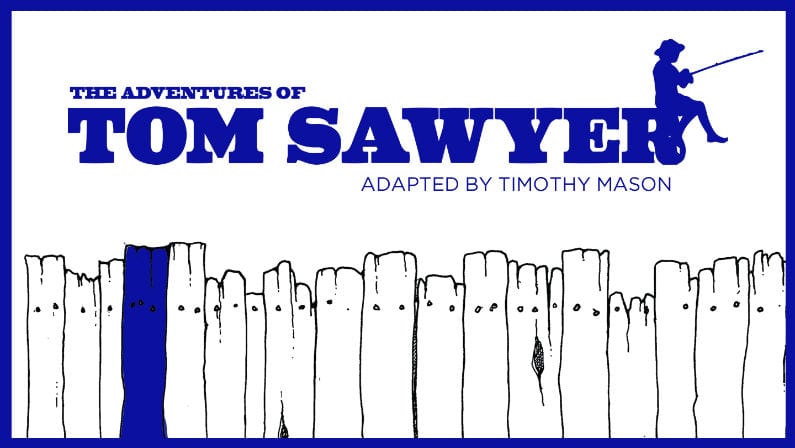 No other tale has captured the American imagination generation after generation as Mark Twain’s classic The Adventures of Tom Sawyer. The 1876 novel about a young boy growing up on the Mississippi River never stops resounding with audiences of all ages, and that’s why Boston’s Needham Community Theatre is performing this timeless tale live on stage at the Needham Community Theatre. If you or someone you know is a fan of Twain’s classic tale, we’ve got a great deal for you: Boston on Budget readers can get half-off tickets to this charming performance while they last. Hurry, though – these are sure to float away faster than a raft on the Mississippi River.

The Adventures of Tom Sawyer has been in print for nearly 150 years. The story is considered a masterpiece of American literature and perfectly captures both the childhood sense of wonder and play exemplified by Tom and the social criticism that made Mark Twain a household name. The story has been adapted into numerous television specials and films over the years, and has now been adapted to the stage by Boston’s own Needham Community Theatre.

This live adaptation of The Adventures of Tom Sawyer features all of the adventures and characters that made the novel such a timeless classic including Tom’s best friend and partner in crime Huckleberry Finn. The show will be performed on Saturday, May 4 at 2:00 pm; Sunday, May 5 at 2:00 pm; Friday, May 10 at 8:00 pm; and Saturday, May 11 at 2:00 pm.

Tickets to The Adventures of Tom Sawyer start at $24, but Goldstar.com has an exclusive half-off discount for Boston on Budget readers. All it takes is a free Goldstar.com membership which you can sign up for using your Facebook account or email address. Once you sign up, you can take advantage of exclusive offers like this one and many more.

The post Get Half-Off Tickets to a Live Performance of The Adventures of Tom Sawyer appeared first on Boston on Budget.