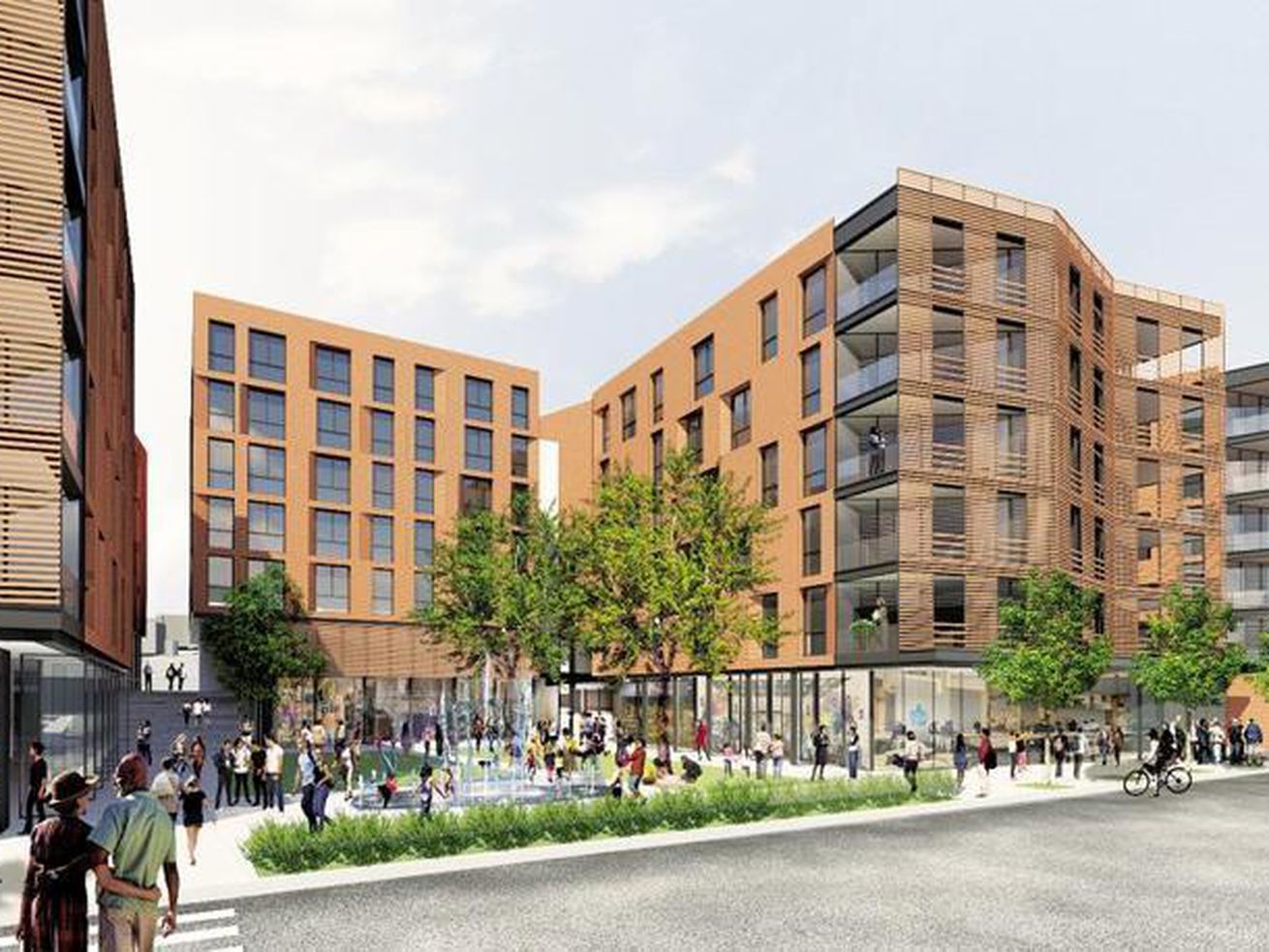 Four different proposals would turn the old police station site across from Dudley Station in Roxbury into an amalgam of residential and commercial space, with the housing components aimed at a variety of incomes.

One from developer Urbanica would create a 261-unit mix of apartments and condos aimed at educators and other city employees. The so-called Teachers Place (rendered above) would also include 15,000 square feet of commercial space and stalls for local businesses and food startups.

Another proposal, from Trinity Financial, would include a major arts and cultural center, per the Globe’s Meghan E. Irons. One from Nuestra Comunidad and Dakota Plaza would feature an acre of parks, landscape, and programmed community space, including a “living lab stormwater garden.”

And Cruz Development would feature what’s called workforce housing, with rents as low as $658 a month and condos as inexpensive as $251,000 for qualified tenants and buyers.

A commission that recommends developers to fill Roxbury’s myriad vacant parcels is expected to recommend one to the city this summer. Stay tuned.