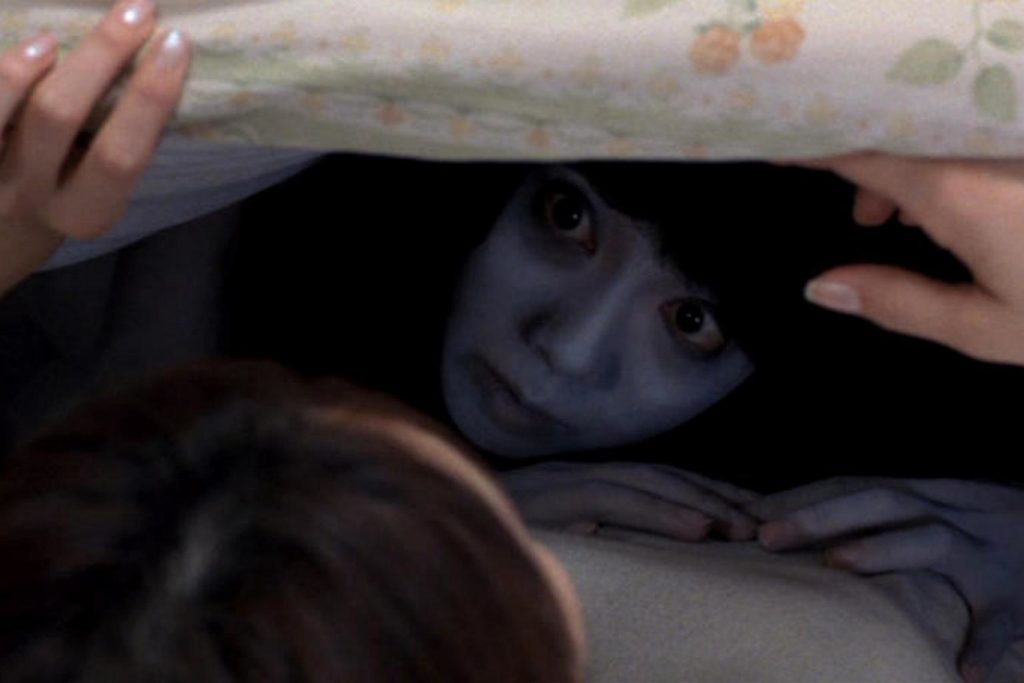 From today’s vantage, it’s easy to forget how refreshing J-horror was in the early 2000s. American horror, to put it lightly, was not in the best shape at the time; while there was good work being put out, most of it was either dumped unceremoniously onto DVD (see: Ginger Snaps, the films of Larry Fessenden), or did its damnedest to convince you that it wasn’t horror at all (American Psycho, The Sixth Sense). To the public at large, American horror was a seemingly endless production line of post-Scream bubblegum, vapid affairs filled with photogenic stars which used a prepackaged sense of “irony” to deflect from the fact that they weren’t particularly interested in being scary*. So it stands to reason that, when American audiences started getting their hands on VHS dubs of the nasty, deadly serious little ghost stories coming out of Japan at the time, they couldn’t get enough. These weren’t halfhearted attempts to recapture/smirk at the glory of ‘80s slasher-mania; these movies were designed to FUCK YOU UP. Of course, Hollywood being what it is, Screamsploitation was quickly replaced by glossy American remakes of J-horror originals as the dominant form of studio scares, and soon everyone was sick of that too. So it goes.

But removed by time from their watered down American counterparts, those Japanese originals still pack a punch. The best of them succeed on a nearly primal level, eschewing conventional logic for something irrationally terrifying. What’s more, they’re refreshingly free of bloat, cruising efficiently from scare to scare and rarely clocking in at over 100 minutes. And while familiarity with their now-familiar tropes may now lull one into a false sense of security, it’s probably even money that a novice viewer will find themselves turning on the lights in spite of themselves. 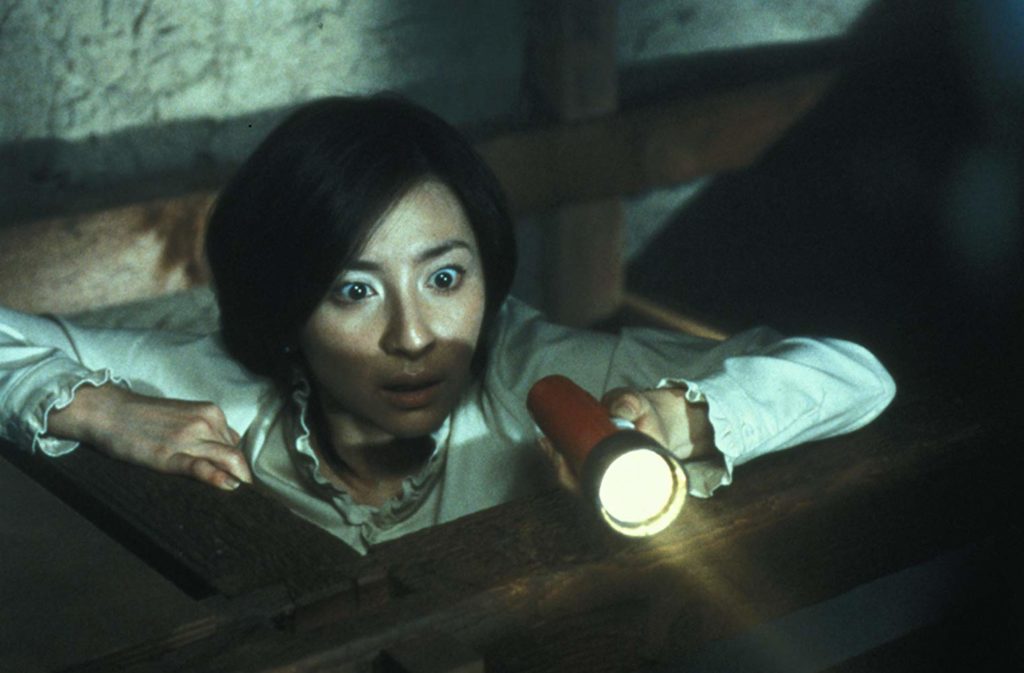 Better known stateside by its American title The Grudge, Takashi Shimizu’s Ju-On is perhaps the quintessential J-horror film, as well as the most economical. Unlike its fellow trendsetter Ringu, which was instantly rocketed to the urban legend pantheon by its high-concept “haunted VHS tape” hook, Ju-On builds its scares on a relatively simple story of a house haunted by a sordid family history. It makes its intentions clear from the first scene, and proceeds to deliver: just about every single scene, no matter how it begins, ends with a character being terrified and/or murdered by a ghost. Sure, we get dribs and drabs of exposition, but by and large, it’s pretty much enter, boo, repeat.

And you know what? It’s fucking great. It helps that the ghosts– the iconic, stringy-haired Kayako and her blue-skinned, wide-eyed son Toshio– are legitimately terrifying, whether appearing suddenly under a table or answering the phone with a ghastly, otherworldly croaking noise (I have on many occasions threatened to set this sound as the outgoing message on my voicemail, only to be talked down by friends and loved ones). As I said, these moments are tough to describe analytically, and don’t make a lot of rational sense, but the goosebumps they raise are undeniable (the same could probably be said for the plot, which includes a very strange decade-plus time jump that confuses me every time I see it). Is there a whole lot going on underneath? Perhaps not, but Ju-On is nevertheless completely earnest in its desire to scare the shit out of you, and for that, I commend it.

* – That being said, I will defend the Final Destination franchise until you’re all sick of me and wish you never brought it up.