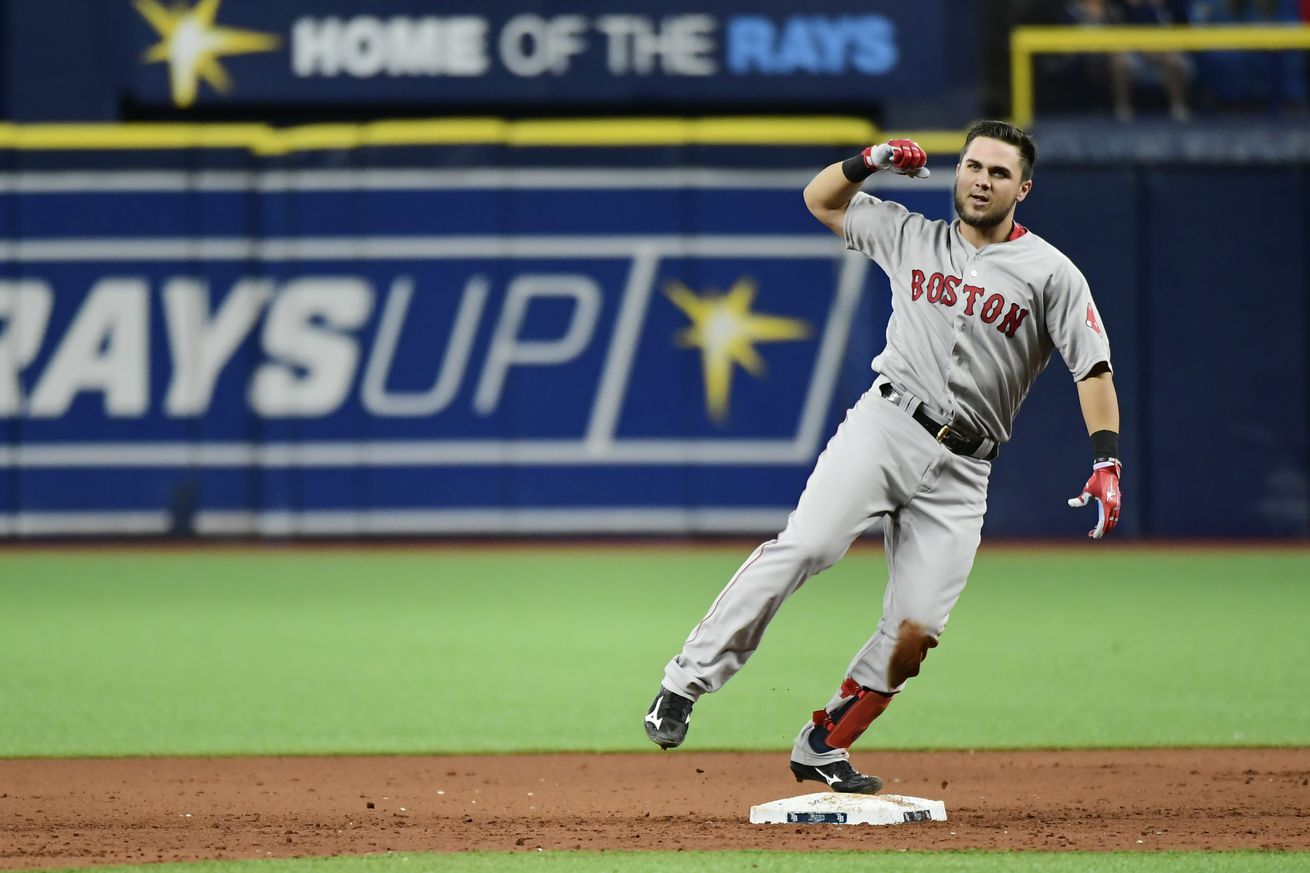 David Price faces his old team on Easter Sunday as the Sox finally show some signs of life.

The now merely fourth-place Red Sox (8-13) can sweep the first-place Rays (14-7) and take another step toward righting their ship with a win this afternoon at 2:10 behind former Tampa Bay star David Price (1-1, 3.79 ERA).

One night after collecting his first big-league hit, Michael Chavis makes the first start of his career at what has become Boston’s black hole at second base. He’ll face down Tyler Glasnow (4-0, 1.13 ERA), who’s been off-the-charts good this year — so good, in fact, that he could slow down a gear today and still stymie the Sox. To be fair, Glasnow has faced down the Orioles, White Sox and Giants in his last three outings, and Boston’s offense is technically in a different class than any of those. It didn’t do Boston any good when Baltimore came to town, but Glasnow’s real test comes today. (He faced Houston on Opening Day, but things are really cooking now.)

Price’s last time out was his own little Baltimore-aided miracle, seven shutout innings with seven strikeouts and no walks, and while he’s bounced around the league between his Rays and Sox stints these are his two big teams, obviously, so there’s some juice here on top of last night’s finish, the Chavis start and the sweet chance, any one of which is enough for one game. I daresay this is the first game I’ve been excited about since the opener. Sox rising? Sox rising. For Price, it’s a chance to show that his last start out was the real him, going forward. Do not lay an egg today, David Price. We’ve had enough!

Over The Monster https://www.overthemonster.com/2019/4/21/18509820/red-sox-at-rays-lineup-sweeping-change-chavis-starts-at-second
Categories: Sports