My latest article for The Full Pint finishes my series of profiles of Massachusetts breweries by highlighting 16 breweries that make great beer but don’t get as much hype as they deserve. The feedback on this piece has been awesome, I really appreciate it. As I stated in the piece, I could have easily added 20 more breweries to the list, there is so much great beer being brewed in the state right now. 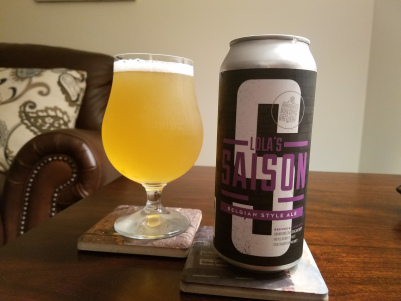 Earlier in the month, I found out that Night Shift wasn’t going to brew any saisons this year because they don’t sell very well. In response, I wrote an ode to the saison style including reasons why I love the style and picks of some of my favorite local saisons. I also recapped a trip to Portsmouth, NH with a group of my buddies from college.

Onto the links for April:

The Mass Brew Brothers set up an awesome March Madness-style tournament to determine the best IPA in Massachusetts. Obviously, they couldn’t represent every beer or brewery in the state, but they got a great representative sample and the results were surprising for many people. This really showcases the power of tasting beer blind, removing any preconceptions you have about the quality of a brewery.

Raising The Barstool has a profile of Drink Craft Beer and a discussion on how they have constantly adapted to keep their festivals unique and fun. My festival going days are pretty much over, but I enjoyed a few Drink Craft Beer festivals back in the day.

Kelsey Roth, the general manager for Exhibit A, writes that craft beer is a real industry now, and that is OK. He is correct, breweries need to act like businesses or else they will fail, and sometimes that means brewing the beers that people want to drink. I also think we are in for an ugly period as competition ramps up and some breweries don’t handle it well.

That leads me to this tweet from Andy Crouch:

Bars & liquor stores used to be craft brewers’ best advocates. No more. They increasingly recognize taprooms as competition & the backlash is growing. It might’ve been cute when a brewery offered samples, but once breweries started slinging pints & cans to go, they became rivals.

Ideally, it would be great if breweries, bottle shops, and beer bars were all working together to expand the customer base (which is still a small percentage of the population) instead of fighting for the attention of current craft beer drinkers. Unfortunately, we don’t live in an ideal world and the fact that breweries are acting as their own bar and bottle shop is going to lead to bad blood and potential legal battles.

These factors make the recent situation with Craft Beer Cellar very interesting. A number of CBC stores have closed recently or sold to new owners, and some have posted negative comments about the business model and ownership online. The owners have responded with a series of blog posts ONE, TWO and THREE. There are obviously high emotions here between franchisees who have seen their businesses fail and franchise owners who feel like their core business is under attack. I also imagine that there is a lot more to the story that people on the outside will never see. I hope that the business is able to bounce back, I’ve been a frequent Craft Beer Cellar customer and admire their commitment to better beer.

Good Beer Hunting has an important article on mental health in the beer industry. This is a major issue and serious work needs to be done to help the people who are struggling and to remove some of the stigmas that are unfortunately still attached to mental health issues. I’m not just talking about beer, but any industry with passionate people doing stressful work, although the constant presence of alcohol can add another layer for people in the beer industry. 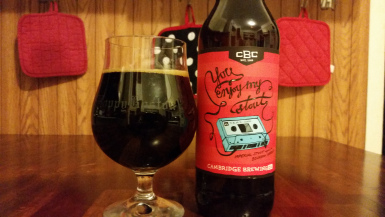 The Mass Brew Brothers have a profile of Cambridge Brewing Company, who are celebrating 30 years next month. You might spot a quote from your friendly neighborhood beer blogger in the article.

Tons of local breweries have released beers this month to help benefit the Pink Boots Society, an organization that provides scholarships to help further the careers of women in the beer industry. You can find the beers all over the state, and there are a number of cool events happening this week featuring the Pink Boots releases.

Dann and Martha Paquette, the team behind the defunct Pretty Things Beer and Ale project, have opened a new brewery in the UK. One of their first releases is Jack D’Or. In cans. I might need to book a trip to England. Any British Hoppy Boston fans out there willing to ship a few cans to Massachusetts?

The Allagash blog has an informative primer on the grisette style to read while you sip Darling Ruby, their new grisette brewed with grapefruit. 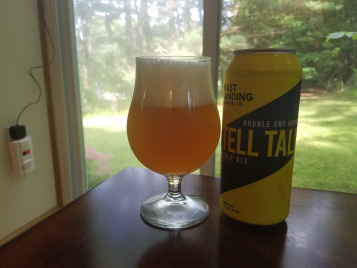 Vinepair asks WTF is DDH? In my opinion, a DDH beer needs to be a variant of an existing beer with twice the dry hops, otherwise, the moniker is just meaningless marketing.

Hop Culture has a discussion on sustainability in brewing featuring some local establishments.

Brewery openings: Boston Magazine has a rundown of 7 new breweries coming soon to metro Boston. Jack’s Abby and Springdale have opened their new Track Zero taproom in North Station. Lone Pine has opened their new brewery and tasting room in Gorham, ME. Ambition Brewing is open in Wilton, Maine.

Beer garden season is upon us and The Mass Brew Brothers are keeping a running map of all of the beer gardens in the Boston area. The SoWa open market and beer garden returns in early May. The Boston Harbor Hotel is hosting a rotating beer garden that features a different brewery each month. 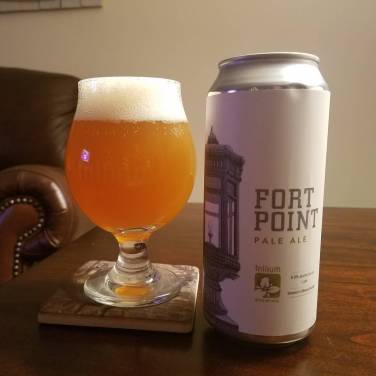 Also in the plans: Trillium is adding to their empire with a new beer garden and taproom in the Fenway area and a redesigned and expanded space in Canton. Dorchester Brewing is undergoing a major expansion including a roof-deck.

Unfortunately, we also have a local brewery closing to report, as Lefty’s Brewing Company in Greenfield is closing shop. 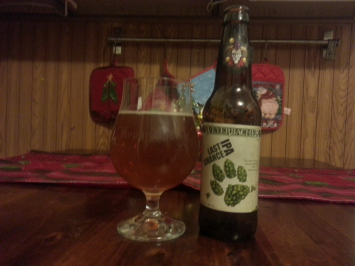 Pennsylvania brewery Weyerbacher has filed for bankruptcy and sold a majority share to a private equity company. This brewery has all of the signs of a brewery that will struggle in the current climate; a regional brewery with an unrealistically aggressive growth plan and too much debt, reliance on sales in supermarkets, and their top beers are styles that have lost popularity. I won’t be surprised to see more regional and national breweries end up in this position in the near future.

In another blow to printed beer media Beer Advocate has decided to discontinue the print version of their magazine. I was a subscriber for a while before a negative interaction with one of the founders on Twitter led me to cancel my subscription. I am not sure if there is a future for printed beer media, I hope the online models can pick up the slack and provide fair wages for hard-working beer journalists.

Event: Endicott College is hosting their 10th annual Beer, Cheese and Wine Tasting on Friday the 26th, with proceeds going to the Eta Sigma Delta scholarship fund. A number of local breweries will be offering samples as part of the event.

That is all for April, thanks again to everyone who reads the blog and takes the time to like or comment on posts on Twitter, Facebook, and Instagram. As always, if you see an article that needs to be included in this weekly summary please feel free to pass it along!