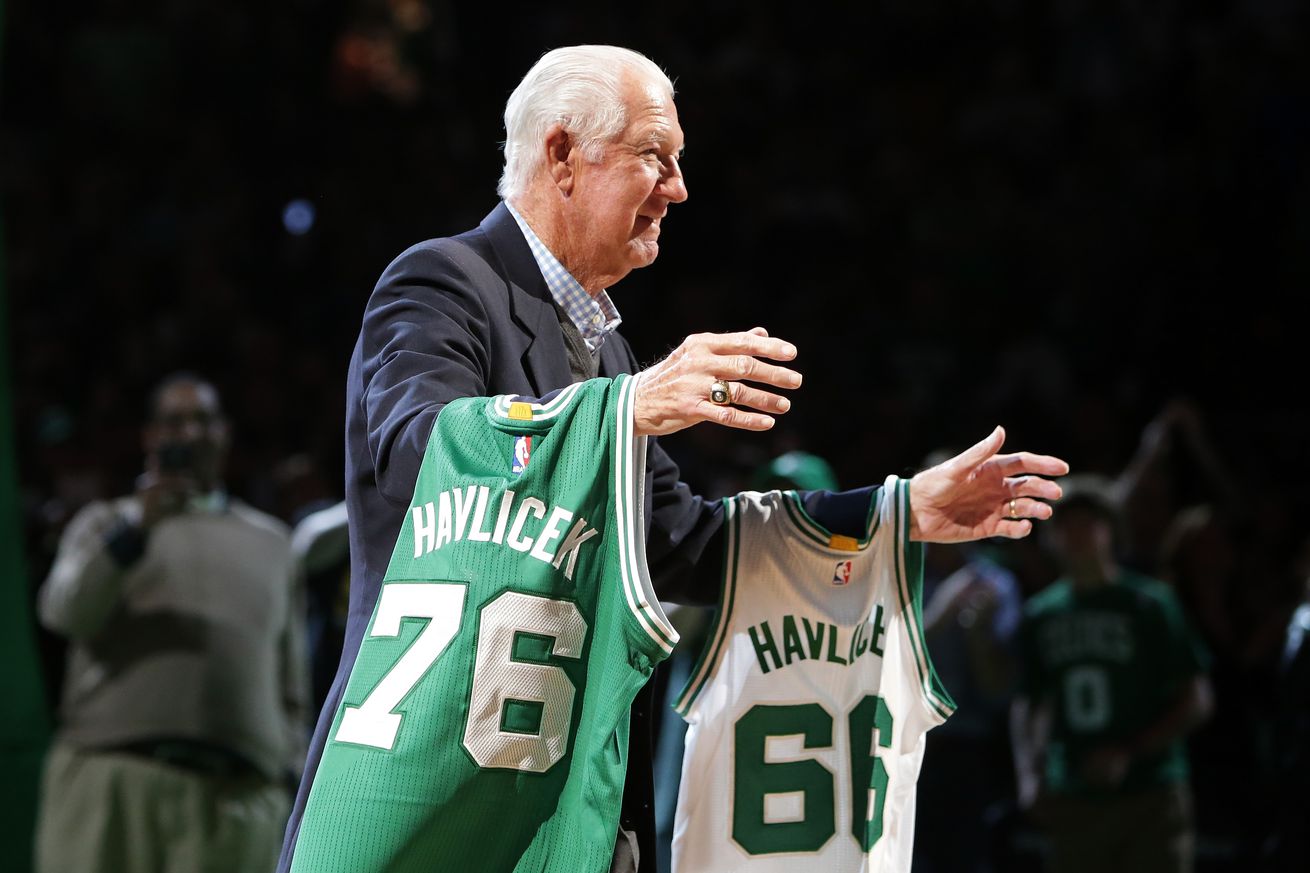 Boston Celtics legend and NBA Hall of Famer John Havlicek died Thursday night at the age of 79. Per ESPN, Havlicek had been suffering from Parkinson’s Disease.

Havlicek spent all of his 16 NBA seasons from 1962-78 playing for the Celtics and still holds the franchise record for most career points scored and games played. Havlicek won eight NBA championships during his tenure with the Green and was named the NBA Finals MVP in 1974.

He was named one of the 50 Greatest Players in NBA History as his illustrious career also included 11 selections to the All-NBA First or Second Team and was named an NBA All-Star in 13 straight seasons.

Havlicek’s No. 17 is forever enshrined in the Garden rafters and the Celtics issued a statement Thursday following his passing: “His defining traits as a player were his relentless hustle and wholehearted commitment to team over self. He was extraordinarily thoughtful and generous, both on a personal level and for those in need, as illustrated by his commitment to raising money for The Genesis Foundation for Children for over three decades through his fishing tournament. John was kind and considerate, humble and gracious. He was a champion in every sense, and as we join his family, friends, and fans in mourning his loss, we are thankful for all the joy and inspiration he brought to us.”

It is with great sadness we have learned that Celtics Legend and Hall of Famer John Havlicek has passed away peacefully today at the age of 79. He will be dearly missed by his Celtics family.

NBA commissioner Adam Silver was among many to pass along condolences to the Havlicek’s family and the Celtics organization.

“John Havlicek was a wonderful friend who represented the best of the NBA,” said Silver in a statement. “He described himself as a man of routine and discipline — a humble approach that produced extraordinary results, including eight NBA championships with the Boston Celtics, 13 All-Star selections and some of the most iconic moments in league history. A trusted teammate who prioritized winning, John’s passion and energy endeared him to basketball fans and made him a model for generations of NBA players.”

Hondo will certainly be missed.