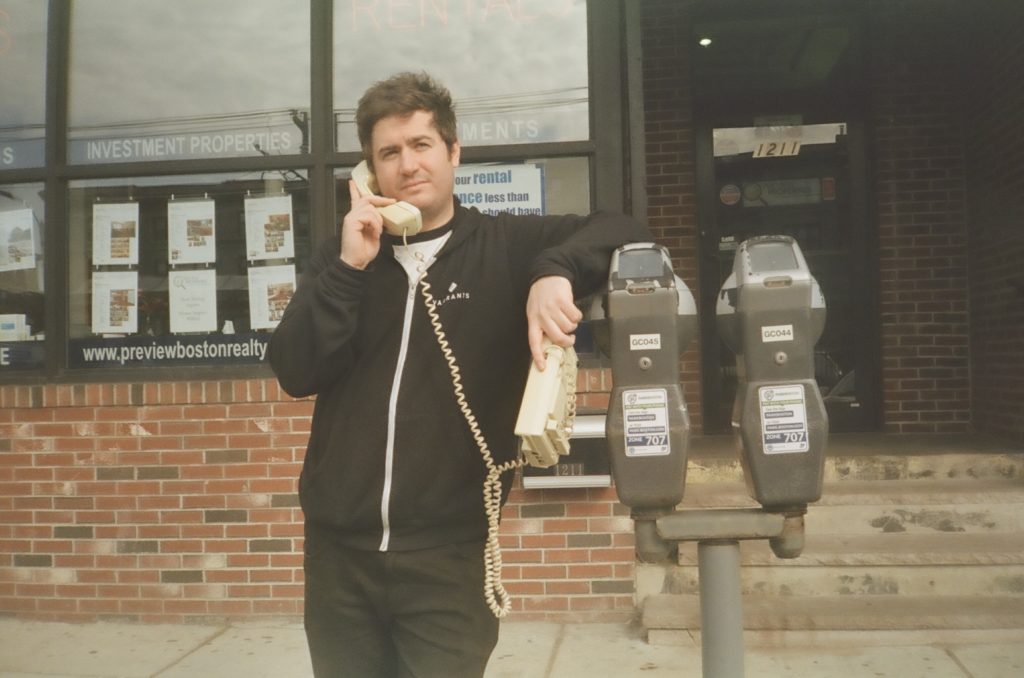 If ever there was a film seemingly tailored to the Hassle’s readership, it’s Gutterbug. The feature debut from local filmmaker Andrew Gibson, Gutterbug tells the story of a young, down-and-out crust punk named Bug, navigating the mean streets of Allston and trying to find his way home, featuring appearances by such local bands as Nice Guys, Black Beach, and Guerilla Toss. In advance of Gutterbug’s world premiere tonight at the Somerville Theatre as part of the Independent Film Festival Boston, we spoke to Gibson about the journey that led to this point, and the hazards of making Allston your own personal Hollywood.

BOSTON HASSLE: What are the origins of Gutterbug?

ANDREW GIBSON: Gutterbug is based of a short story I wrote about a homeless crust punk trying to get a job. From there I shot a 3 minute short film based off the character, and then I started working with my co-writer, Chris Tobin, to turn the story into a feature length screenplay. Once we had that done we connected with our producers, Leigh Lanocha and Tim Haber, and then shot the movie in Allston in the summer of 2017.

BH: Gutterbug features a number of local bands who will be familiar to Hassle readers. How did you approach them?

AG: Most of the local bands that are featured I had made music videos for in the past, and they are good friends of mine. Nice Guys also wrote and performed an original song for the film.

BH: Did you run into any challenges shooting an independent film on the streets of Allston?

AG: Yeah, big time. We got kicked out of Ringer Park and a few of our other locations, but we were still able to get some cool shots around town because we had a small crew and moved pretty fast. Our crafty guy, Tyler Loring, also got into a few altercations with Boston PD because he has a foul mouth and a hot temper, but he makes a mean strawberry shortcake.

BH: What advice would you give to someone shooting their own first feature?

AG: Write something that is doable with the budget you have and that can allow you to maximize the resources and community around you. We wrote Gutterbug knowing that we would film the majority of it within a two-mile radius of my house, so we were able to have base camp and meals there, and a lot of the cast and crew live in Allston.

BH: What’s next for Gutterbug?

AG: Hoping to do as many screenings as possible this summer!