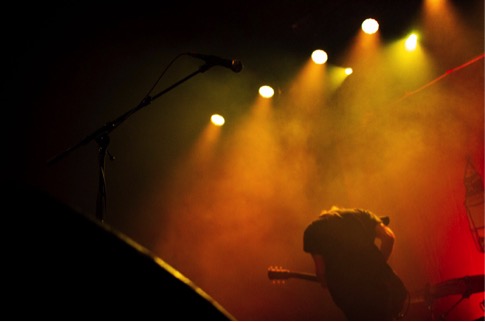 SOLD OUT- It was a packed mother. A Thursday night that reeled in one thousand wandering minds, wondering what this life is all about and why it has to be so goddamn tough. Ratboys, supporting PUP on the majority of their North American Tour, opened up with a sound of an 18 wheeler ripping off the guard rail. Ratboys has that fantastic feeling of thrill in their post-country sound. Their songs always bring it on home with that moment of suspension, that moment of glory and uncertainty when that truck flies off the cliff. The slow-mo, reflective, tragic but radical happy-barely-after.

Diet Cig presented peace and love at that the beginning of their set as Alex Luciano’s silky, syrupy voice warmed up and glued together the crowd. The pop-punk trio spun a spool of spunk to the stage. There was even a rubber duck that bopped on the clutch of Noah Bowman’s high-hat. It was a solid, thrill of a bill to prepare the wandering minds for the revival they seemed to be searching for. 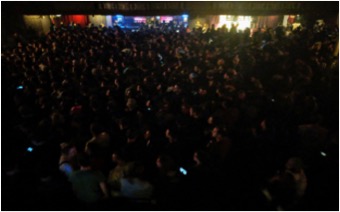 PUP brings a parade of power everywhere they go. The type of show where the sweat was seen in the spotlights before it was smelt. The Royale was the opener to their North American tour. Billowing off their latest album Morbid Stuff, PUP opened up with the first couple singles off the album, ‘Morbid Stuff’ and ‘Kids’. But if you know anything about PUP, every song is a hit. ‘Guilt Trip’, ‘Dark Days’, ‘My Life is Over and I Couldn’t Be Happier’. PUP could play anything they want and the crowd would still be louder. They didn’t bother leaving the stage for an encore, Frontman Stefan Babcock expressed that they’d rather just keep rockin’ so that’s what they did. After Reservoir they closed the show with ‘If This Tour Doesn’t Kill You, I Will’ and ‘DVP’.

I swear I saw more feet in the air from all the punks crowd surfing than hands or fists. When you think of the definition of a “rock show” maybe Blink 182 or Led Zeppelin come to mind. That’s all great n’ all and totally rocks but get yourself in the crowd of a PUP show and well…I shall say no more. The band gives everything they’ve got and it’s mutual between the fans. Steve, Stefan, Nestor and Zack all had veins popping out of their necks, singing during the set…into microphones; the crowd was still louder. The live experience is brand new and has a real righteous sense of community. A friend told me the closest thing they’ve experienced to a PUP show was at Jeff Rosenstock; the community vibrates ripples that heal. A thousand like-minded folk screaming at the top of their lungs, getting so stinky and sweaty together; alive at a therapeutic musical party. 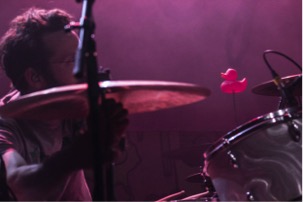 That’s just it about PUP they’re nothing but truth. They believe in morals and solution to confusion. The fans are just as real in that same, honest way. That’s what brings the family around, facing the truth of life TOGETHER. Guitarist, Steve Sladkowski, mentioned that they plan to partner with local charities along their tour. Doesn’t that just *warm *your *fucking *heart?

I could go on and on. This was my first PUP experience, and I feel warmer and hopeful just knowing they exist and are doing what they’re doing. If you’ve made it this far in the article then I’d like to thank you and if you haven’t already gotten the chance, go check out a PUP show. Piece of advice, buy your tickets early because it’ll most likely sell out. Also, check out their music videos! Everyone’s curious about Mike from Stranger Things, and that’s fun. BUT, PUP is one of the few bands around today that has created lore around the band. This is just a part of a much bigger pie as to why PUP is one of the most interesting bands out there today. You can find all their music, tour dates and videos on their website! https://www.puptheband.com/