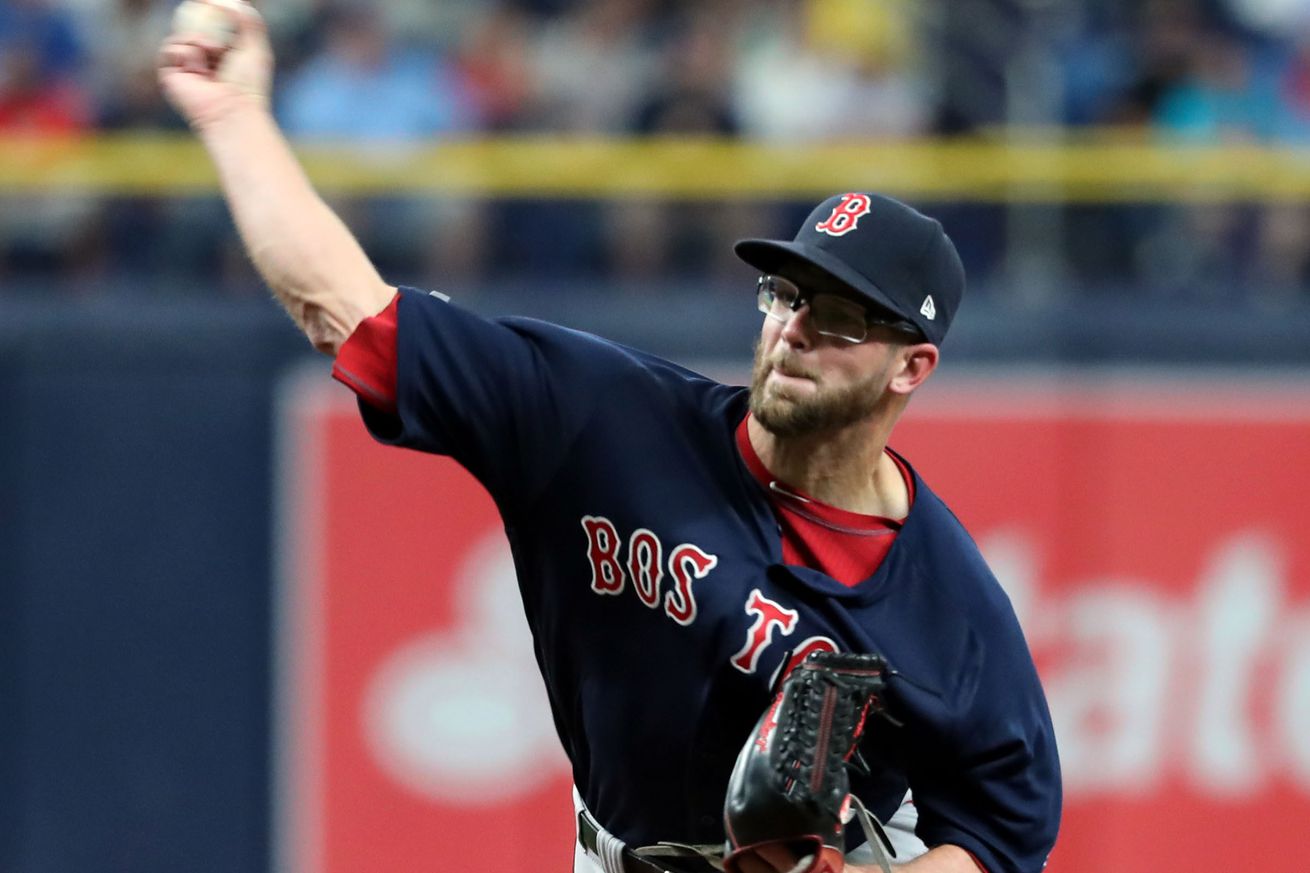 From a oft-forgotten player to a potential key cog.

Heading into the season, one of my biggest pet peeves about the conversations surrounding this Red Sox roster was the search for the next Ryan Brasier. Brasier, of course, came out of nowhere to play a key role in Boston’s bullpen in October and is one of the top two arms in the ‘pen now. His journey was amazing, and between that great story and the fact that the Red Sox bullpen so clearly lacked depth, everyone was on the search for the next guy. That conversation bothered me because it diluted what made Brasier’s story so special: It doesn’t happen every year! It’s sort of like the overrated/underrated conversation where, once you mention a guy as a potential next Ryan Brasier he no longer qualifies. So, yeah, I was a bit of a curmudgeon on that topic.

Well, after all of that, the Red Sox may have found another Ryan Brasier. Marcus Walden is the biggest story on the Red Sox in this snapshot of time after yet another impressive performance in Wednesday’s win against the A’s. He’s not a perfect Brasier comparison as he had been with the team prior to the start of this year and even made the Opening Day roster coming out of camp last season. He’d made impressions on the coaches before. Still, no one could have seen what we’re currently seeing coming.

Walden, who was the subject of a fantastic feature from Alex Speier at the Boston Globe Wednesday night, has made eleven appearances on the big-league squad this year with a total of 16 1⁄3 innings under his belt. Over that admittedly small sample, the righty has allowed three earned runs (1.65 ERA) with 19 strikeouts and five walks. With his 30 percent strikeout rate and eight percent walk rate, Walden has an impressive early-season FIP of just 2.69, which is 38 percent better than the league-average pitcher after adjusting for park factors. To put it more succinctly, the dude has been good at pitching the baseballs.

The main focus with Walden has been on his slider, and that’s part of what I’m most interested in as well. It’s not just the slider, as he’s become a different kind of pitcher with a different kind of approach, though it does all start with that breaking ball. Walden is looking to that pitch more than ever before in 2019. Speier explains in his piece linked above that Walden underwent Tommy John way back in 2010, partially because of this pitch, and he ditched it ever since. He started playing around with it again last spring and the coaching staff as well as his catchers convinced him to keep it as part of his arsenal.

After working on the offering all winter, it’s been ready to display this year. And display it he has done. According to Statcast data, Walden threw his breaking ball just over 13 percent of the time last year, his third most-used pitch well below his cutter and sinker. This season, it has been his most utilized offering as he’s turned to the slider on just under 40 percent of his pitches. On Wednesday, in his three scoreless innings of work, the righty threw the pitch 17 times out of 31 pitches, and it was dominant throughout.

As you can see from the plot above, Walden is pounding the lower portion of the zone on his glove side with the slider, tailing away from righties and coming in towards the feet of left-handed batters. With the sharpness of the pitch, it’s tough to lay off and once you commit to swinging there’s no chance you’re going to do anything with it. Just ask Michael Pérez. Walden is currently getting whiffs on 46 percent of his sliders, more than double the whiff rate of any pitch he threw last season.

As I said above, though, while his success certainly stems from the slider, it’s not all on that pitch. Last season, and really for most his career up to this point, he had been the kind of pitcher who wasn’t going to try and blow anyone away, but rather seek out weak contact. He threw a sinker and a cutter and really just tried to get ground balls. It worked, too, as he had a ground ball rate of almost 60 percent in 2018. This year, he’s re-introduced his four-seam fastball into the mix and cut down on his cutter usage. The slider obviously produces a ton of whiffs, but the four-seam allows him to give a different look we didn’t see much of in the past. While he used to work primarily down in the zone, he’s now got a pitch that he work up and keep the opponents’ eye levels shifting. Or, at the very least, when he hits the upper portion of the zone this year it’s with a purpose. Last year, it was generally a mistake. Oh, and by the way, he’s still getting ground balls 63 percent of the time with this approach in 2019.

It goes without saying that all of this success is mired in the reality of small sample sizes. Walden has appeared in only 11 games, and a lot can change as the sample grows, particularly for a guy most of the league has not seen. He’ll have some adjustments to make if/when the league figures out a strategy to attack his slider-led arsenal. That said, if there’s one thing to look for with a breakout like this, it’s a philosophical change. Whether that be a new swing or new plate approach or new strategy on the mound, those kind of sweeping changes are more likely to stick around then someone just doing better in a small sample size with the same approach they’ve always had. I don’t know that I’m totally ready to buy-in on Walden, but he’s certainly earned the chance for more high-leverage spots, and he can keep climbing until he proves otherwise. Before the season, I wondered if Walden was the best long man on the Red Sox roster and concluded that was a little too generous. As it turns out, it wasn’t nearly generous enough.

Over The Monster https://www.overthemonster.com/2019/5/2/18526612/marcus-walden-slider-red-sox-bullpen-depth-chart-ryan-brasier
Categories: Sports