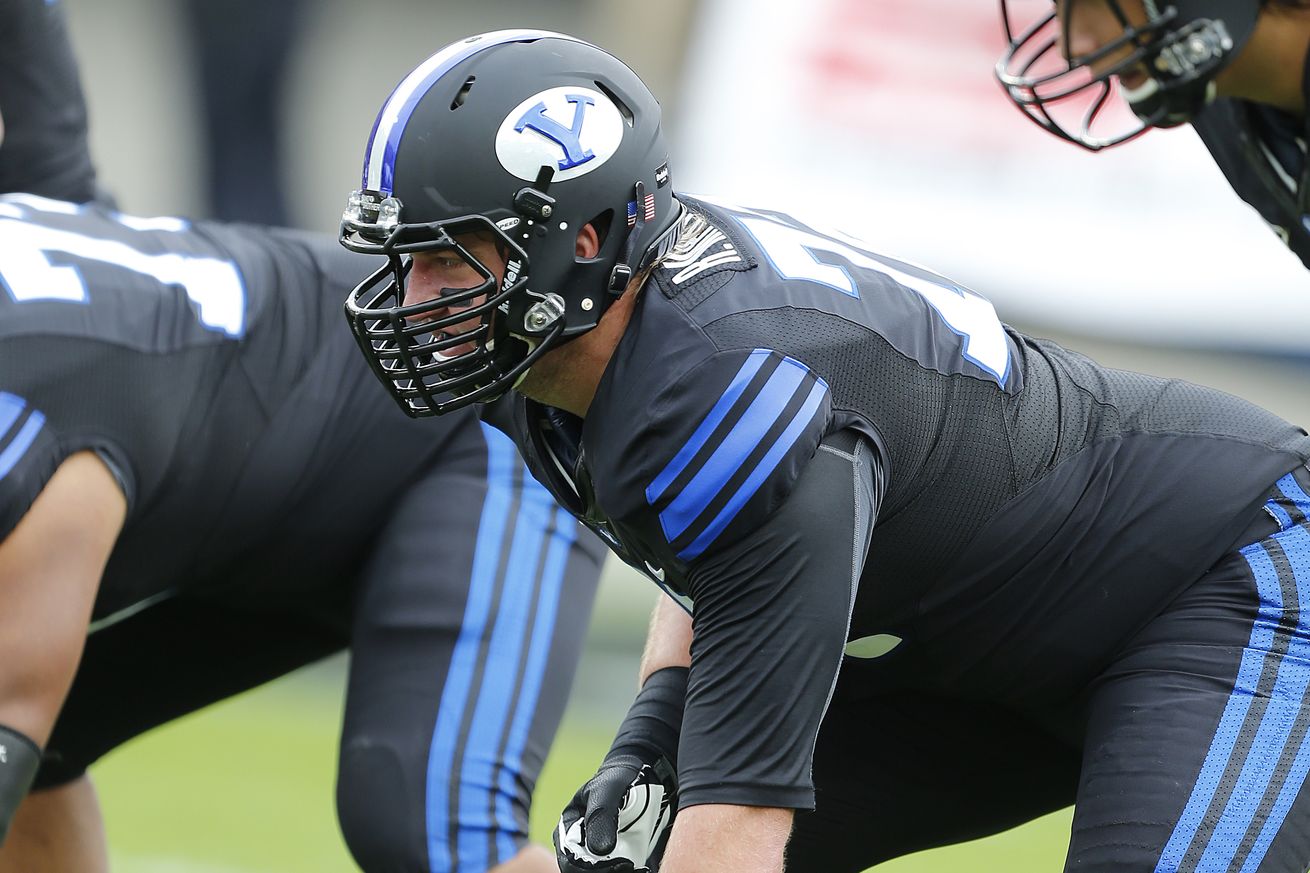 The New England Patriots had a busy day today: not only did the team sign ten undrafted free agents as well as veteran defensive linemen Nick Thurman and Shilique Calhoun to its active roster, it also freed up a roster spot by releasing offensive tackle Ryker Mathews. Coming to New England from the Canadian Football League, Mathews had been with the Patriots since signing a futures contract with the club in mid-January.

After going undrafted out of BYU in 2016, Mathews originally entered the NFL as a free agency signing by the New Orleans Saints. However, he failed to make an impact and was ultimately placed on injured reserve with a knee injury three months after joining the team. After getting released with an injury settlement, the 6’6, 320-pound lineman remained on the open market before moving north of the border.

Mathews joined the CFL’s Hamilton Tiger-Cats in the summer of 2017 and went on to appear in 26 games for the team. His experience in combination with versatility — the 26-year-old played primarily on the left side in college before moving to the right in Canada — and ideal size made him an interesting project, but apparently the Patriots felt as if his roster spot was better used elsewhere. Mathews will now go through the waiver wire before hitting the open market.