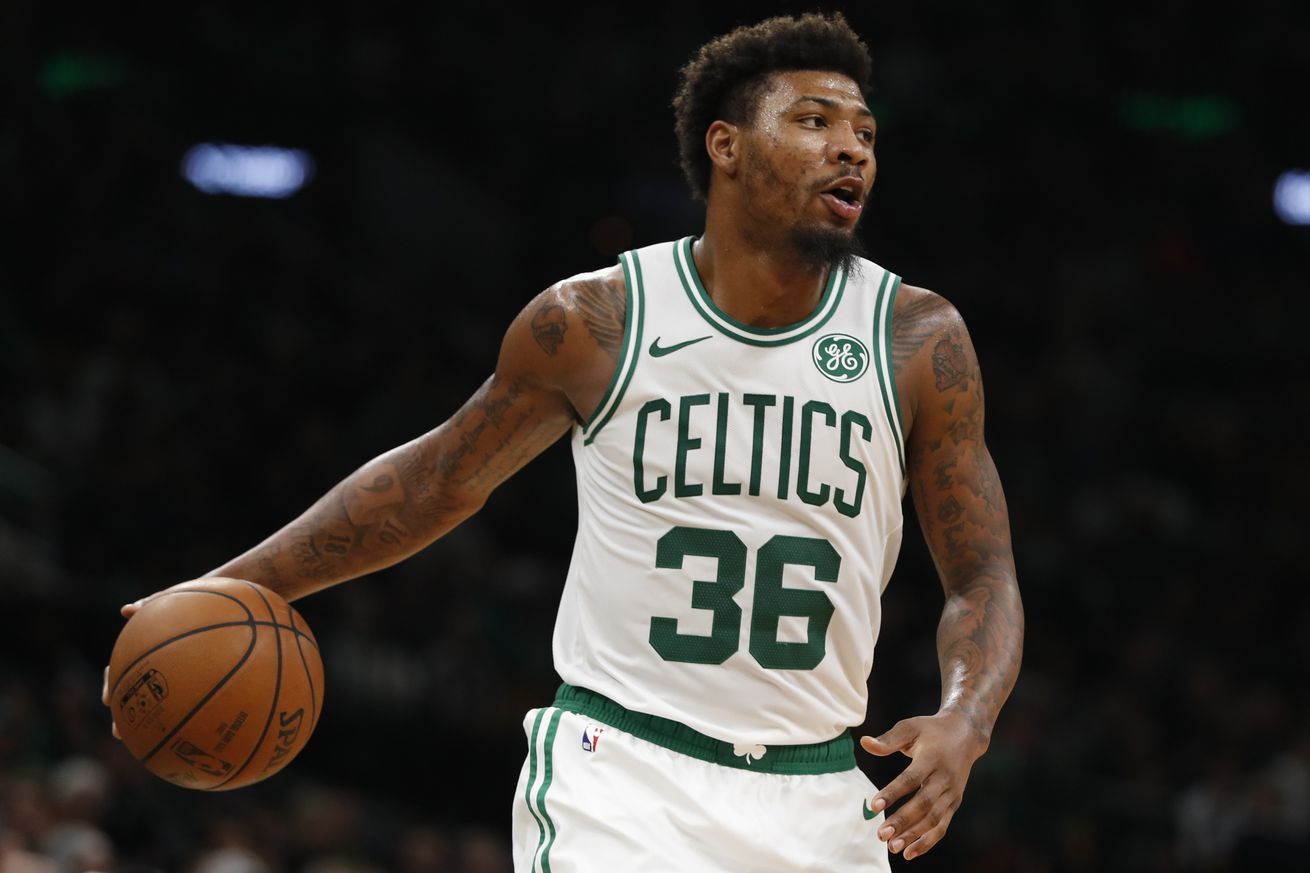 Smart participated in non-contact basketball activities Thursday as he makes his way back from injury.

Ever since Marcus Smart tore his left oblique in the second to last regular season game on April 7 versus the Orlando Magic, a waiting game ensued for when Smart will suit up again for the Boston Celtics.

And after taking small steps like jogging on a treadmill to sprinting on the court, Smart took a bigger leap Thursday when he participated in non-contact basketball activates at Thursday’s practice.

Given a four-to-six week timetable for return when he first sustained the injury, Smart looks on track to comeback somewhere in that vicinity with the four-week mark being this Sunday. Smart did some dribbling and shooting at practice and even threw down a dunk for good measure.

And while Smart is progressing, there is still no timetable on when exactly he will rejoin the Celtics, who are tied, 1-1, with the Milwaukee Bucks in an Eastern Conference semfinal series that resumes Friday in Boston for Game 3.

“Today was a great day. I was able to do some things more and more,” Smart said. “This is the next step, the next process to getting me back on the court is to be able to do simple things like basketball activities, such as driving to the rim and really getting that movement of my torso and abdominal muscles going and trying to see how that affects me. Just trying to get a baseline of how everything feels.

Smart’s health seems to be trending in the right direction for him to join the Celtics sooner rather than later – if the C’s can keep on winning – but the veteran guard still has yet to practice 5-on-5 contact situations, which is his next box to check.

“Just trying to get back out and see how it feels with basketball contact,” Smart said. “Right now the next step is getting those motions down. Today was a good day for us. The next (step) is full live contact.”

Smart’s ability to get on the court and go through basketball-related drills is certainly good news, but he made it a point that he is being cautious with his injury and trying not to rush back.

“Pain level is going down. The breathing is getting better. It’s not as sore with my breathing, so that’s even better,” Smart said. “If I get bumped just walking down the street two weeks ago, that was excruciating pain for me. This week, it’s better. Day-by-day it continues to get better you just have to listen to your body.”

But it has been painful for Smart to be relegated to the sideline and feel helpless at times, like in the second half of Game 2 when the Bucks went on a 28-2 run.

“It was hard. I was heated,” said Smart of having to watch the Bucks run away with a Game 2 victory. “Being able to talk to those guys is different than being on the court. Just knowing that there’s nothing I can do out there to try to help is just devastating for me.”