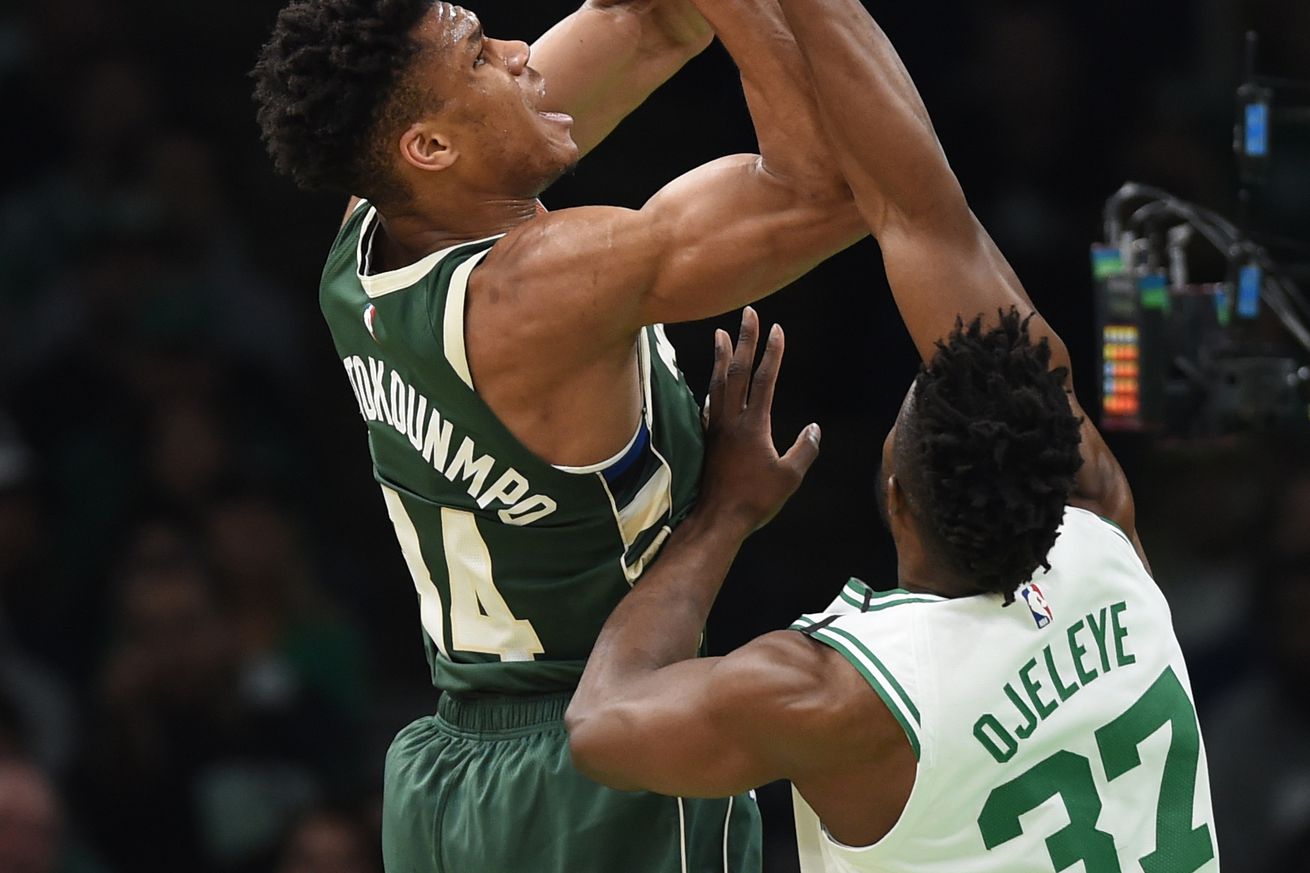 The Milwaukee Bucks took control in the third quarter of Game 3 and never looked back, as they defeated the Boston Celtics 123-116. The win gave Milwaukee a 2-1 series lead and gave the Bucks back homecourt advantage after the Celtics had stolen it with a Game 1 win.

With Boston up 82-81, Milwaukee ripped off a 12-0 run to take a 93-82 lead. The Celtics never really challenged again, as the Bucks scored 40 total points in the third period.

Giannis Antetokounmpo scored 32 points on 8-of-13 shooting from the field and 16-of-22 on free throws. He also grabbed 13 rebounds and dished out eight assists in a dominating performance from the MVP candidate.

Khris Middleton continued his strong play against the Celtics in the postseason with 20 points, while Nikola Mirotic drew a second straight start and scored 13 points.

The major difference was Milwaukee getting great play from their reserves as George Hill scored 21 and Pat Connaughton added 14 points of his own. Overall, the Bucks bench out their Celtics counterparts by a 42-16 margin.

Kyrie Irving led six Celtics in double-figures in points with 29. Jayson Tatum broke out of his series slump with 20 points, while Jaylen Brown added 18 points and Al Horford scored 17.

Despite the balanced-scoring, Boston lost control of the game when they stopped moving the ball. They scored 56 first half points partly on the strength of 17 assists on 21 baskets. In the second half, the Celtics tallied just six assists.

The series will feature another two days off between games, as Game 4 will be on Monday 5/6 at 7:00 PM EST on TNT. That game is a must-win for the Celtics, as they can’t afford to return to Milwaukee trailing 3-1 heading into Game 5.