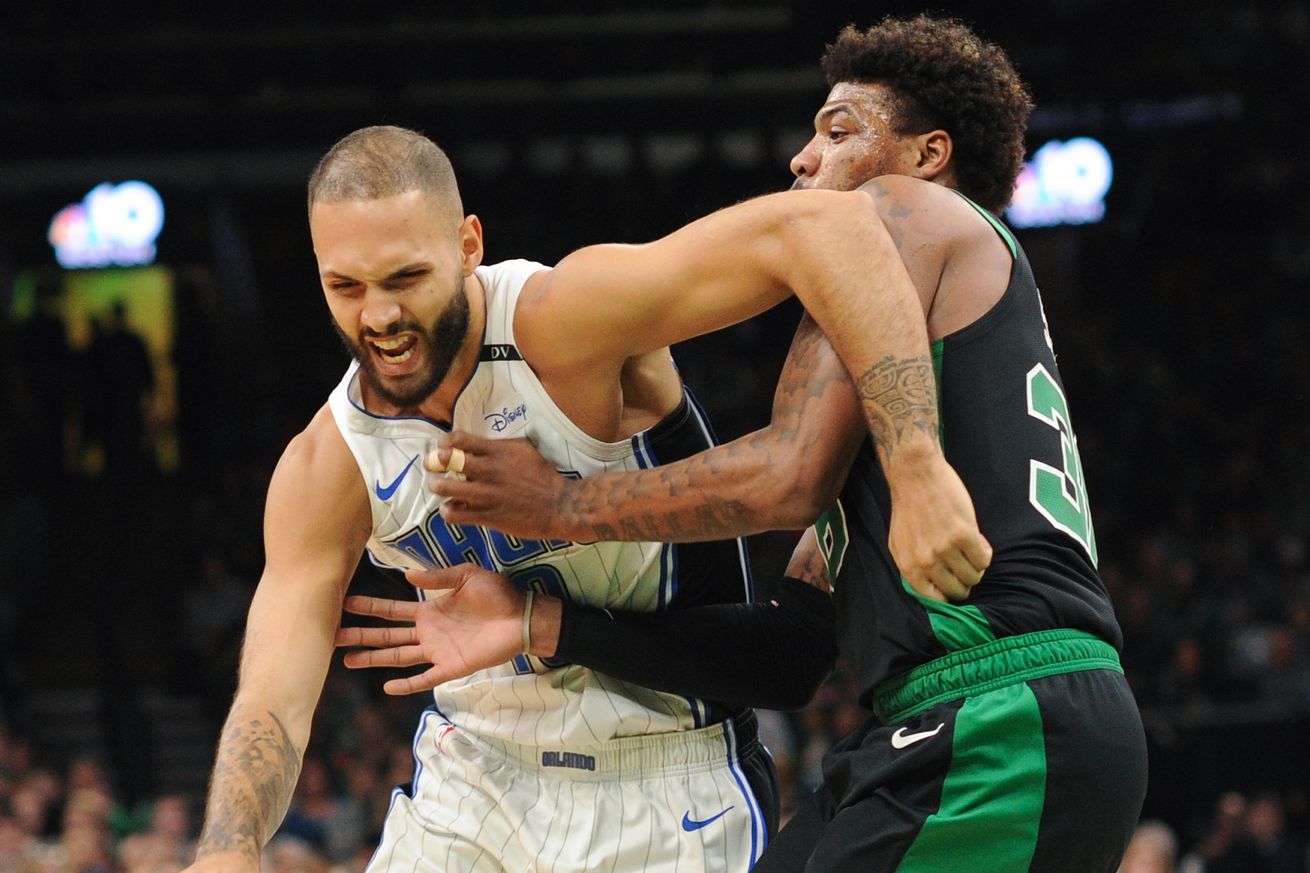 The Celtics guard inches closer and closer to his series-altering return.

Marcus Smart’s return from a left oblique tear is coming more and more into focus as he approaches the early part of his initial 4-6 week forecast. As we’ve seen him run, jump, sprint, leap, dunk and shoot, the next step is full contact, and that’s exactly what’s scheduled to happen on Sunday.

Marcus Smart on Sunday’s practice being the target for his first contact: “That’s the plan.”

Sunday marks exactly 4 weeks, so Smart’s recovery seems to be exceptionally timeline. It appears that if Smart still feels good and not incredibly sore after Sunday’s contact practice, he might be able to go on Monday night which would be Game 4 against the Milwaukee Bucks.

Game 4, while not as pivotal as Game 3, could be incredibly important. If the Celtics win tonight, Game 4 would represent an opportunity to put the Bucks away for (almost) good while taking command of the series. If the Celtics fall flat tonight, Game 4 would be an opportunity to even up the series and turn it into a best of 3.

Having Marcus Smart is better than not having Marcus Smart in either of those scenarios. A good response to Sunday’s practice will go a long way in the long-term forecast for this Celtics team. When pressed for specific timing on Smart’s return, Brad Stevens had this to say:

Brad Stevens said Marcus Smart went through everything team did Thursday but no contact. Said next step could be 3-on-3.

“I have no idea what the next step is for him. I know he’s close.”

And that’s fair. He’s definitely playing in Game 4, but this is a fair response. More importantly, the Celtics need to take care of business at home. With the series tied 1-1, the Boston Celtics will take on the Milwaukee Bucks for the Game 3 tiebreaker at 8PM EST on ESPN.