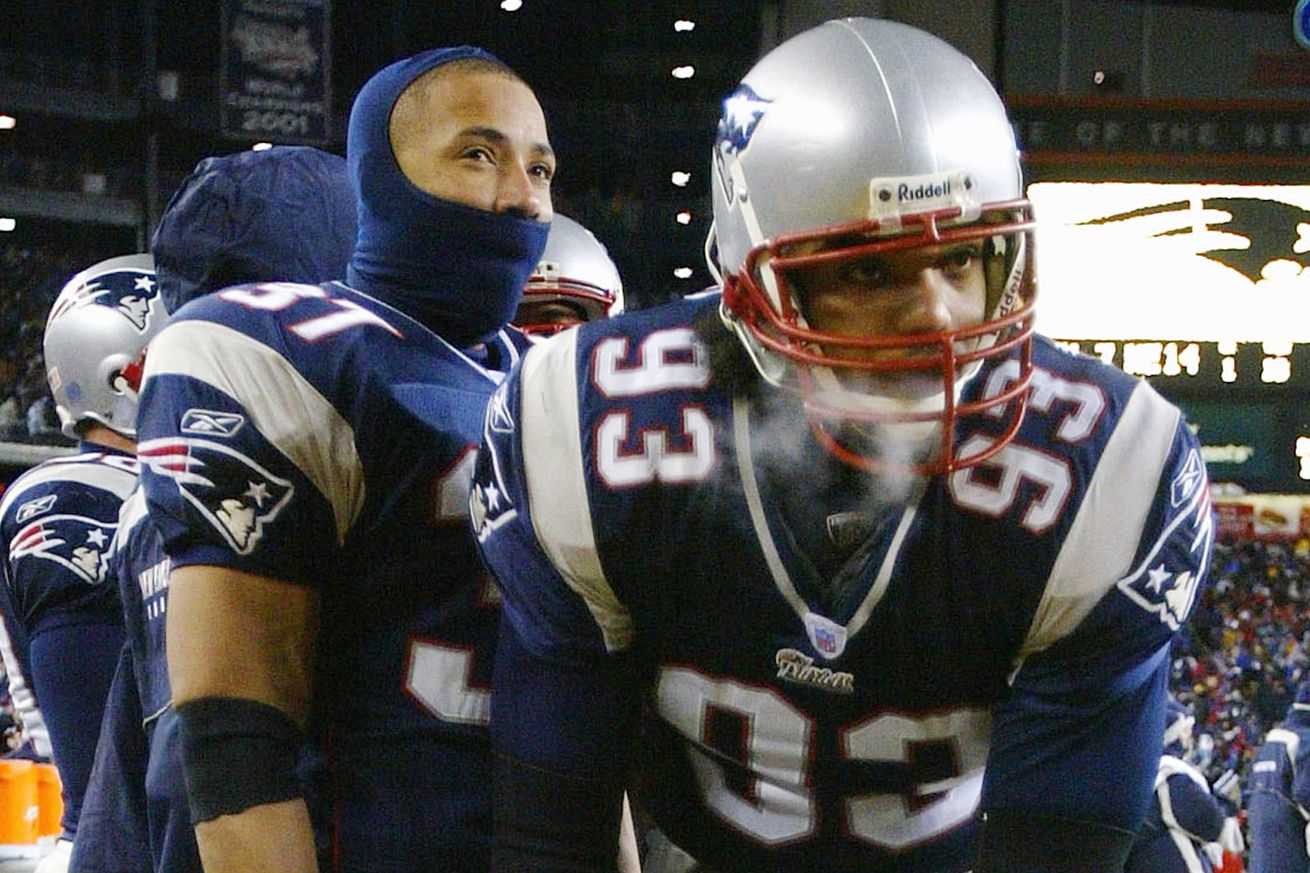 Today’s the final day to vote!

In early April, the New England Patriots’ 2019 Hall of Fame process was kicked off when the club’s voting committees — two groups that include, among others, current Patriots staff member/football historian Ernie Adams — met for the first time to discuss the latest players or coaches deserving to join the greatest to ever wear the franchise’s colors. At the end of the day, four players distinguished themselves from the others.

Late Patriots starting left tackle Leon Gray was voted into the Hall as a senior nominee, while three recent players were announced as having reached the final round for ‘regular’ induction: defensive tackle Richard Seymour, who also was a Pro Football Hall of Fame finalist this year, linebacker and current Tennessee Titans head coach Mike Vrabel, and safety Rodney Harrison. All three were of course core pieces of the Patriots’ early dynasty.

Over the last two weeks, fans had time to vote for one of the three men to join Gray as a 2019 inductee — a process that will come to an end today, so make sure to cast your vote:

Basically, there are no wrong choices here: Seymour, Vrabel and Harrison all played at an exceptional level for the Patriots and helped establish what is now known as the ‘Patriot Way.’ Bringing leadership and a blue-collar mentality to the defense, the trio combined to win eight Super Bowls and in 2009 was voted to the franchise’s 50th anniversary team. Sooner or later, they will all get one of the red jackets — but who will be the first? You decide.

Below are excerpts from the team’s official press release on the three finalists — just in case you need more information.

Seymour spent the first eight seasons of his 12-year NFL career with the Patriots and played an important role in delivering six division titles, four conference crowns and three Super Bowl championships to New England. He was named to five straight Pro Bowls with the Patriots (2002-06) and earned three straight first team All-Pro honors (2003-05). His five Pro Bowl berths are the most by any Patriots defensive lineman since the 1970 NFL merger. He was also a four-time team co-captain. In 2009, he was voted to the Patriots 50th Anniversary Team and the 2000s All-Decade Team. Earlier this year, Seymour was one of 15 finalists for the Pro Football Hall of Fame’s Class of 2019.

Vrabel is recognized as one of the best free agent signings in team history. He joined the team prior to the 2001 season. […] During his eight-year tenure in New England, Vrabel played a major role in the Patriots dynamic run that included three Super Bowls in four years (2001, 2003 and 2004). As a Patriot, he caught eight regular-season passes and two more in the playoffs. All 10 of his receptions were for touchdowns, including touchdown receptions in back-to-back Super Bowl wins over the Carolina Panthers in Super Bowl XXVIII and Philadelphia Eagles in Super Bowl XXXIX. He was a four-time team captain, including during the 2006 season when the defense set a franchise record by allowing just 14.8 points per game and just 237 points – the fewest by the Patriots in a 16-game season. His 48 career sacks with the team are the seventh-most in franchise history. In 2009, he was voted to the Patriots 50th Anniversary Team as an outside linebacker along with Andre Tippett and the 2000s All-Decade Team along with Willie McGinest.