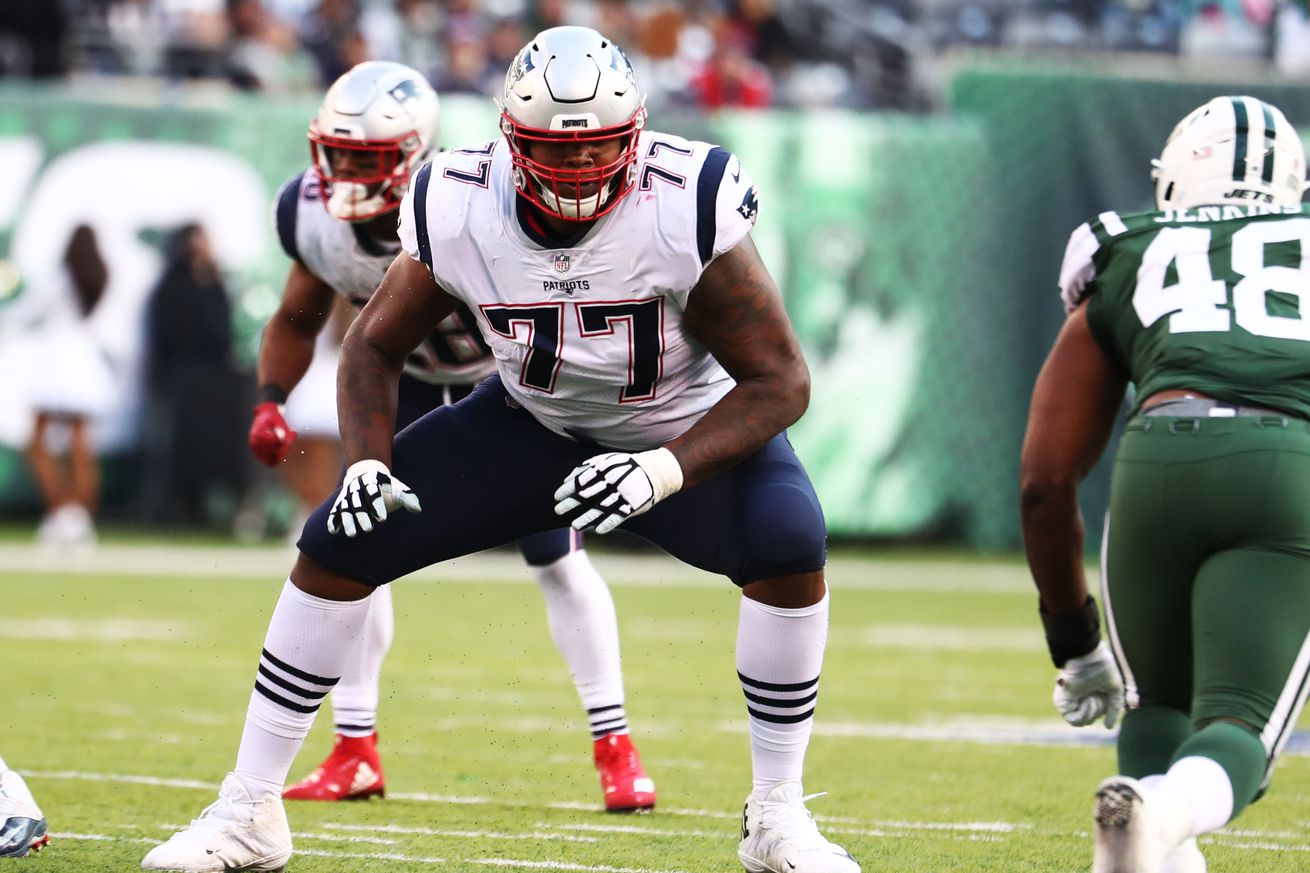 During last year’s NFL draft, the New England Patriots acquired San Francisco 49ers offensive tackle Trent Brown via trade. Up until that point, the three-year starter had exclusively played on the right side of the line. The Patriots, however, had different plans in mind for the behemoth tackle and moved him to the left to have him compete for the starting spot previously manned by free agency departure Nate Solder.

Brown won the role as Tom Brady’s blind-side protector and delivered a very good season for the Patriots, all the way through the club’s victory in Super Bowl 53. The former seventh-round draft pick therefore entered free agency with plenty of momentum on his side — and it literally paid off: just minutes into the legal tampering period, the Oakland Raiders and Brown’s camp agreed to a four-year, $66 million contract.

The deal made the now-26-year-old the highest-paid offensive lineman in the NFL. Here’s the proverbial kicker, though: the Raiders are not paying Brown to be their left tackle, but instead are moving him back to the right side of the line. Raiders head coach Jon Gruden announced the decision earlier today, and also noted that 2018 first-round selection Kolton Miller will stay on the left side after a rather inconsistent rookie campaign.

While Brown is capable of playing right tackle — he did it quite successfully in San Francisco — paying him an average of $16.5 million per year and not have him protect quarterback Derek Carr’s blind-side is an interesting decision. Teams usually play their best tackles where the QB doesn’t have his eyes constantly, something the Raiders are not doing when based on how the 2018 season went.

Furthermore, right tackles are valued at a much lower cost than their left-side counterparts: the highest annual average for a right tackle previously belonged to the Denver Broncos’ Ja’Wuan James, who earns ‘only’ $12.75 million per year — the ninth most among all offensive tackles. Brown’s annual contract value is almost $4 million more than James’.

Financial context aside, Oakland’s plan can be somewhat justified by the fact that Brown will see his fair share of talented edge rushers no matter where he lines up. That being said, the Raiders’ commitment to Miller in combination with their substantial financial investment in Brown certainly qualifies this decision as a bold one — and one that could have major implications on Oakland’s offensive success this season.