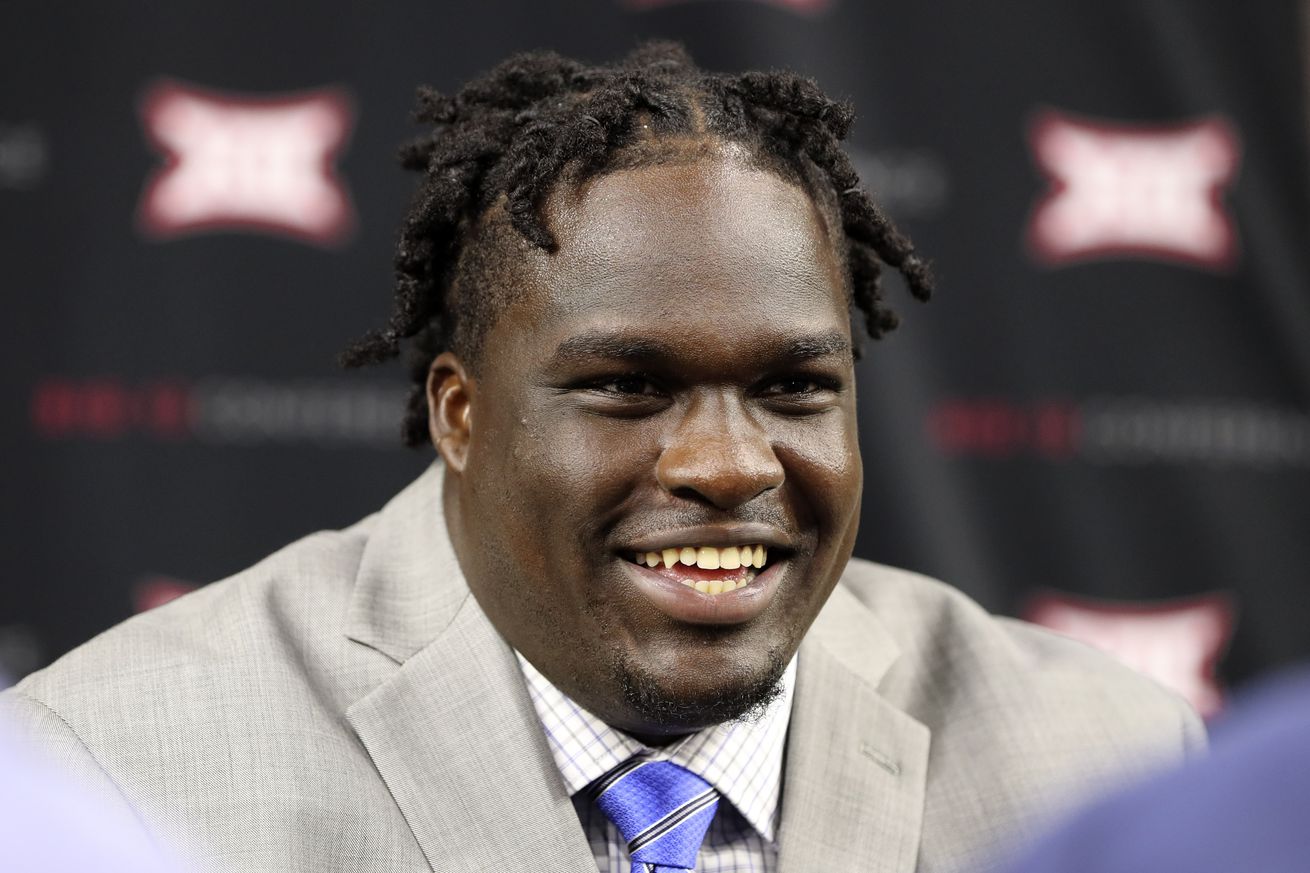 Read more: How Yodny Cajuste fits into the Patriots offense

The New England Patriots offensive line had a dominant home stretch last year en route to the team’s victory in Super Bowl 53. Following the win over the Los Angeles Rams and their talented defensive front, however, the unit saw a major piece of its 2018 version leave in free agency: starting left tackle Trent Brown signed a record-breaking contract with the Oakland Raiders, leaving New England after just one year with the club.

Brown’s departure leaves a massive hole on Tom Brady’s blind side, one that has not yet officially been filled. 2018 first-round draft pick Isaiah Wynn is the most likely choice, but he is coming off a year-long stint on injured reserve due to a torn Achilles tendon. If Wynn is not yet ready to go, or the Patriots have other plans for him, one of New England’s ten draft selections could hear his name called to step in: Yodny Cajuste.

Cajuste was chosen by the world champions with the 101st overall pick one week ago, and he brings considerable upside to the table as a swing-tackle backup with starting potential further down the line — if not sooner. As for the West Virginia product, he is looking forward to the chance of playing for the Patriots: “It’s definitely exciting, man,” he told reporters during a conference call shortly after getting picked.

“I’m ready to learn as much as I can from the vets and the guys who have already been there and learn as much as I can from Coach Scarnecchia. It’s definitely exciting. I can’t wait,” continued Cajuste — naming a coach that will be key for his long-term development, just as he was for Trent Brown: veteran offensive line coach Dante Scarnecchia, who turned Brown from a solid right tackle to a highly though-after left-side protector.

“I know he’s one of the greatest football coaches in the NFL right now. I’m just ready to learn as much as I can from him, soak up as much as I can from him,” the Patriots’ third-round draft pick said about Scarnecchia, who is widely regarded as the best offensive line coach the game has to offer today. “Growing up, I always watched football, just studying the game. I always knew about Dante Scarnecchia and the guys he’s coached.”

One thing that Scarnecchia will certainly appreciate about Cajuste is his mind-set entering the league. “I feel like I’m a hard worker. I take coaching well. I feel like I’m just ready to be a New England Patriot. I’m just blessed to be in this position,” he said when asked about his strengths and skills as a player. “I would say I work extremely hard. I take coaching. I would say that would be my biggest strength.”

What also is enticing from the Patriots’ perspective is Cajuste’s ability to play both on the left and the right side of the line — something he did both in high school and when joining West Virginia back in 2014. “I played right tackle in high school, and my first year at West Virginia when I redshirted I played right tackle,” Cajuste said. Since then, of course, he has played exclusively at the left side which makes him an intriguing prospect given New England’s current state at left tackle.

Even if Wynn takes the starting spot previously held by Trent Brown, though, it would not be surprising to see Cajuste earn a spot in the top lineup one day. Right tackle Marcus Cannon, after all, turns 31 next week and has not played a full season since 2014. While the veteran is still a reliable player, it should be expected to see the Patriots give Cajuste plenty of opportunities as both a stand-in and a possible long-term heir to Cannon’s role on the team.