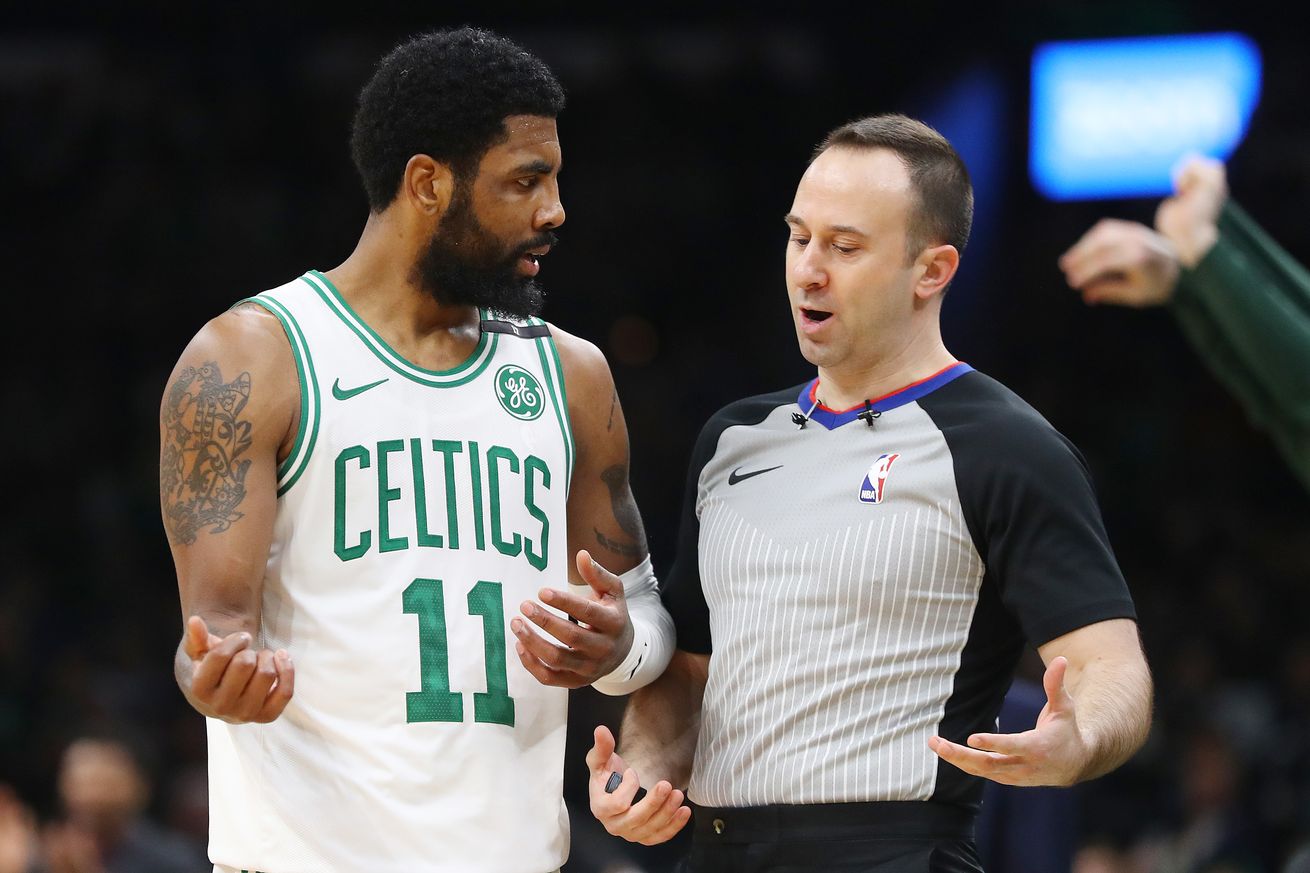 1. The game wasn’t really as close as the final score looks. The Bucks shot over 50% from the field and knocked down 15-of-37 from behind the arc. The Celtics had moments of brilliance on offense, but committed 18 turnovers and had some shaky shot selection in the second half. That’s not something you can overcome against Milwaukee.

More troubling than the numbers was the way Boston played offensively. While many will focus on the officials, the reality is the Celtics lost the game when they went through frustrating stretches of hero-ball in the third and fourth quarter. That’s where Brad Stevens chose to focus things postgame: on what Boston can control vs things they can’t.

2. As mentioned above, the Celtics had some great moments on offense. The off-ball movement was good early in the game and the passing was on point. On this play, Al Horford and Jaylen Brown get the Bucks scrambling. Brown back-cuts Nikola Mirotic, which causes Brook Lopez to drop off when Horford fakes the pass to Brown. That leaves Horford wide-open for the easy jumper:

3. Semi Ojeleye saw increased minutes, as Stevens went small and kept Aron Baynes on the bench for the most part. Ojeleye competed hard on defense, but had some struggles as did most of the Celtics on that end. On offense, he knocked down a couple of jumpers, but his best play was showing the awareness to drive a closeout and find and open teammate:

4. One of the places where Boston lost the handle on things was when they went away from ball and player movement. In the first half, the Celtics had 17 assists on 21 made baskets. In the second half? Just seven assists on 14 baskets. As has been the case all season long, when the ball stops moving, Boston stops having success.

5. In Game 1, the Celtics went after mismatches in a major way. Whether it was the Kyrie Irving/Horford pick and roll, or going at Mirotic or Pat Connaughton, Boston continually found good shots. The Bucks made some adjustments, including switching off the ball far more than usual, but the Celtics have to go back to getting after Milwaukee’s weaker defenders. Part of that comes with getting into sets quicker.

6. This play is a good example of Boston using pace to attack Milwaukee before they can set the defense. Horford pushes off the rebound, finds Gordon Hayward, who finds Brown for the easy layup. This is how the Bucks are finding easy offense themselves. The Celtics would be well served to keep pushing the ball and attacking in transition.

7. Brown was one of the few Celtics who showed up from start to finish. He was making a lot of good plays on offense and really getting after it on defense. This included a couple of highlights, like this block where Brown almost flattens the basketball:

8. And on offense, Brown got Giannis Antetokounmpo once again:

9. As things started to slip away from the Celtics, plays like this were prime culprits. Jayson Tatum got his offense going in Game 3, but here he tries to do too much. Instead of making the simple kick to the open Ojeleye, who had knocked down a couple of corner three-pointers already, Tatum takes a tough, contested fallaway. Shots like this were all too common in the second half for Boston:

10. The Bucks swung the game with a 12-0 run after trailing 82-81. By the time it was over, Milwaukee had a double-digit lead and were never really threatened again. As mentioned a few times, Boston devolved into hero-ball throughout chunks of the second half. Nothing was more telling than the Celtics having eight, non-transition possessions in the second half where they had no passes. Meaning, the player who started the play with the ball finished it with a shot. A few of them went down, but that’s sloppy ball.

Stevens has adjustments to make. None will be more important than keeping the team connected and playing together. The Bucks are too good to not make runs at some point. It’s when Boston loses their togetherness that everything falls apart. The offense falls apart, which leads to Milwaukee getting great looks on the other end. The Celtics have too many smart, good players for this to keep happening, but if they can’t get it fixed, the series and season is over.