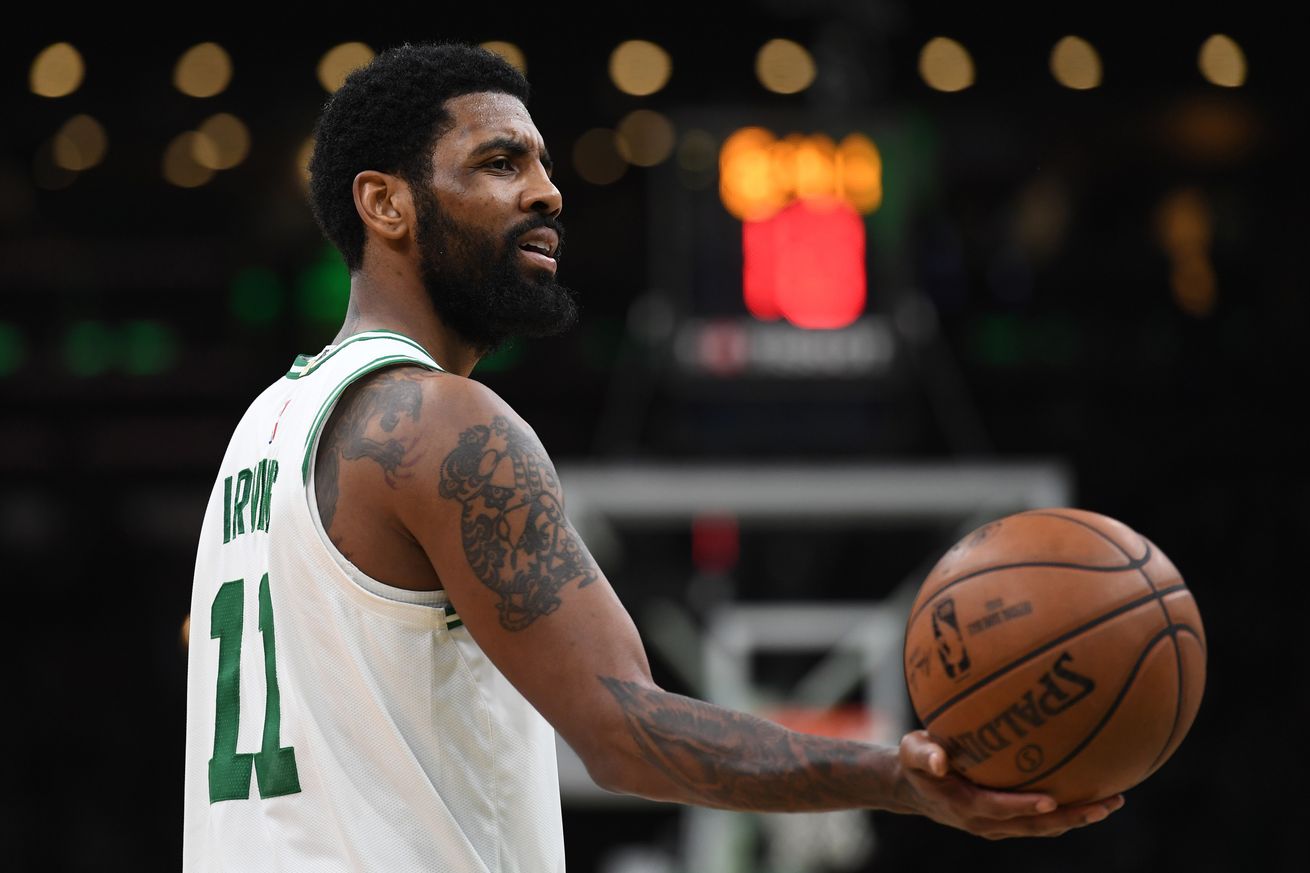 Irving argued with teammates and squabbled with officials in the Celtics Game 3 loss to Milwaukee.

BOSTON — The Playoffs were supposed to be Kyrie Irving’s time to shine. Irving promised that he and the Celtics would be able to flip the switch as soon as the Playoffs began putting to rest all the petty squabbling and drama that mired much of the regular season.

And for a while it seemed that was the case. But back to back losses to Milwaukee have flipped the switch back to drama and dismay.

Irving was visibly upset at various points throughout the Celtics Game 3 loss to the Bucks on Friday about all the fouls called against the Celtics as they tried to keep Bucks bulldozer Giannis Antetokounmpo from barreling his way to the basket.

At least one Milwaukee player took notice on the effect the negativity had on Irving’s teammates.

That player told veteran NBA reporter Jeff Goodman…’Listen, Kyrie was busy yelling at his players, his teammates, the coaches tonight. He just couldn’t keep it all together.’

Irving was demonstrative on the court and took his frustrations out on the officials after the game as well.

“A guy comes down almost six times in a row and gets free throws,” Irving said. “What are you really going to do? It’s slowing the game down. He shot 22 on the game. It’s getting ridiculous at this point. It’s just slowing the [expletive] game down.”

Many of the fouls came during a stretch in the 3rd quarter where the game really got away from Boston. However the Celtics didn’t help themselves either, not only by sulking and complaining but by forcing bad shots on the other end, never really allowing themselves to get back in the game.

“I think there are a lot of controllable things on our end that we can be better at,” Irving said. “Obviously, the officiating is going to be part of it. You wish that things can go your way, but they don’t. We have to be able to respond in a better circumstance. We just have to respond better, and I think we will do that going into Game 4.”

Much of that however depends on Irving. As Goodman points out “It’s got to be that positive Kyrie. You hate to say it but it’s true, the mood swings of Kyrie sometimes affect the rest of this team, and if he’s positive, he’s upbeat this team can play really well.”

Read more on this story here