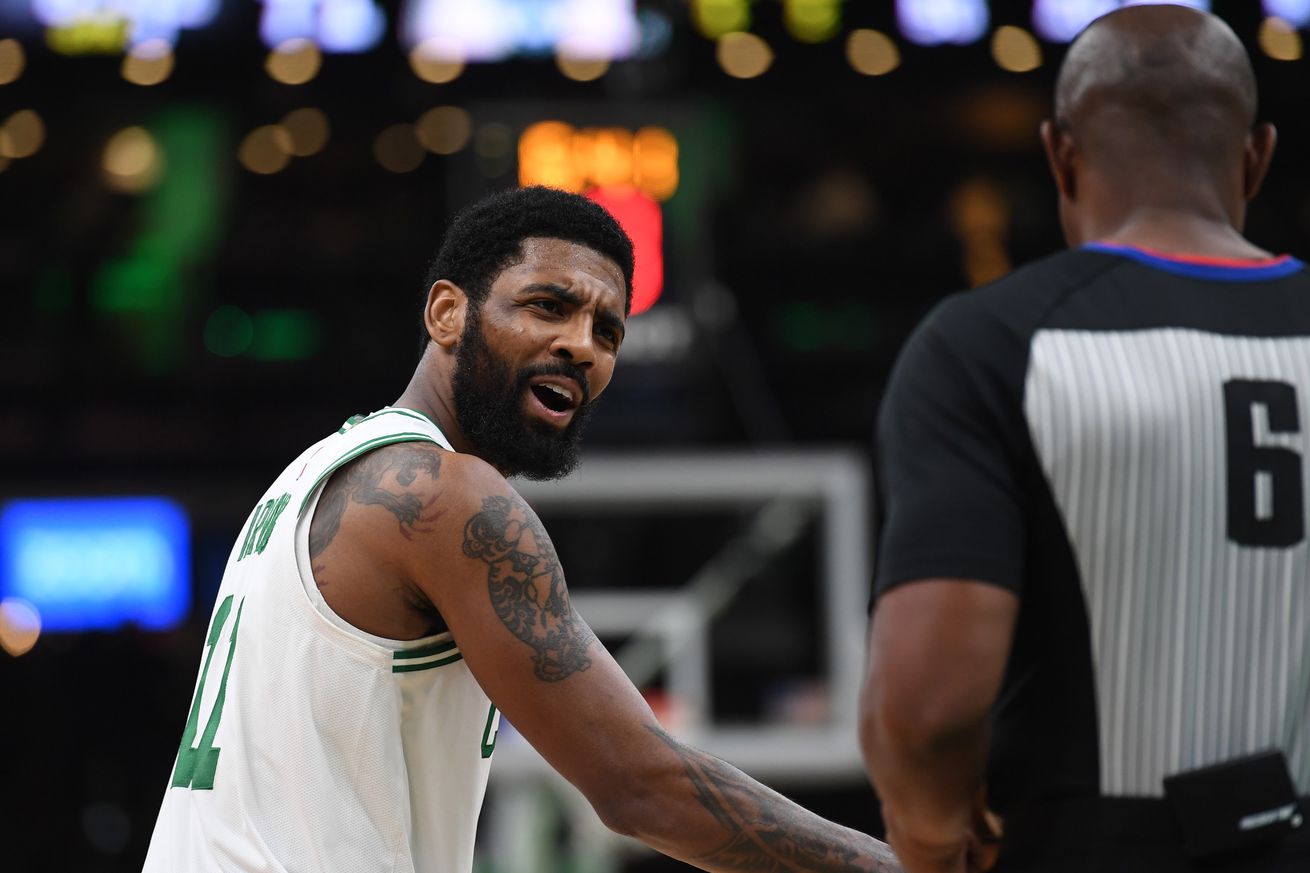 The Celtics felt like their foul trouble impacted the game and Irving voiced his displeasure of the foul calls postgame.

Officiating is obviously a part of any NBA playoff series, or game for that matter. And in the heightened atmosphere of the postseason, the calls from the referees get scrutinized to the max.

And while it certainly didn’t cost them the game, the Celtics weren’t pleased with how the calls went against them following their 123-116 loss on their home floor in Friday’s Game 3 of the Eastern Conference semifinals against the Milwaukee Bucks.

The biggest point of contention came with the amount of trips Bucks star Giannis Antetokounmpo made to the free throw line as he converted 16-of-22 attempts from the charity stripe in Game 3 and has taken 40 free-throw attempts combined in the last two games. Antetokounmpo took just 10 free throws in the Bucks Game 1 loss.

Kyrie Irving, who took 12 free throws himself in Game 3 and made 10 of them, didn’t shy away from letting his displeasure known about Antetokounmpo continuously getting to the free throw line.

“It’s getting ridiculous at this point,” Irving said. “It’s just slowing the (expletive) game down.”

“Guy comes down almost 6 times in a row gets free throws. … It’s getting ridiculous at this point. It’s just slowing the f—ing game down.”

—Kyrie on calls against the Celtics in the 3rd quarter pic.twitter.com/1LwT2BIYLl

Irving backed off the refs a little less than two minutes later in his press conference as he sighted that the C’s have plenty of things they can work on themselves to try to even the series come Monday without worrying about the officiating.

“The refs have a difficult job. We have a difficult job. Obviously, I could sit up here and complain. We know the disparity and what it is, but I’m not going to put all the emphasis on the refereeing,” Irving said. “I think there are a lot of controllable things on our end that we can be better at. Obviously, the officiating is going to be part of it. You wish that things can go your way, but they don’t and we just have to respond better and I think we will do that going into Game 4.”

One person you won’t ever hear criticize the officials is Celtics coach Brad Stevens, as he’d rather focus on his team’s inefficient play.

“I don’t complain about officials,” Stevens said. “We have a lot of things we have to work on.”

The Celtics never fully recovered from there – at times seeming to be more focused on the officials than actually finding a way to stop the Bucks. Milwaukee, which attacked the rim with regularity to get some of those foul calls unlike the Celtics, stretched its lead to as large as 17 in the fourth quarter to earn the critical win and take command of the series.

“Yeah for sure,” said Jaylen Brown on if the Celtics let the whistles impact their play, “but we shouldn’t have let it affect us as much as it has and we got to be better.”