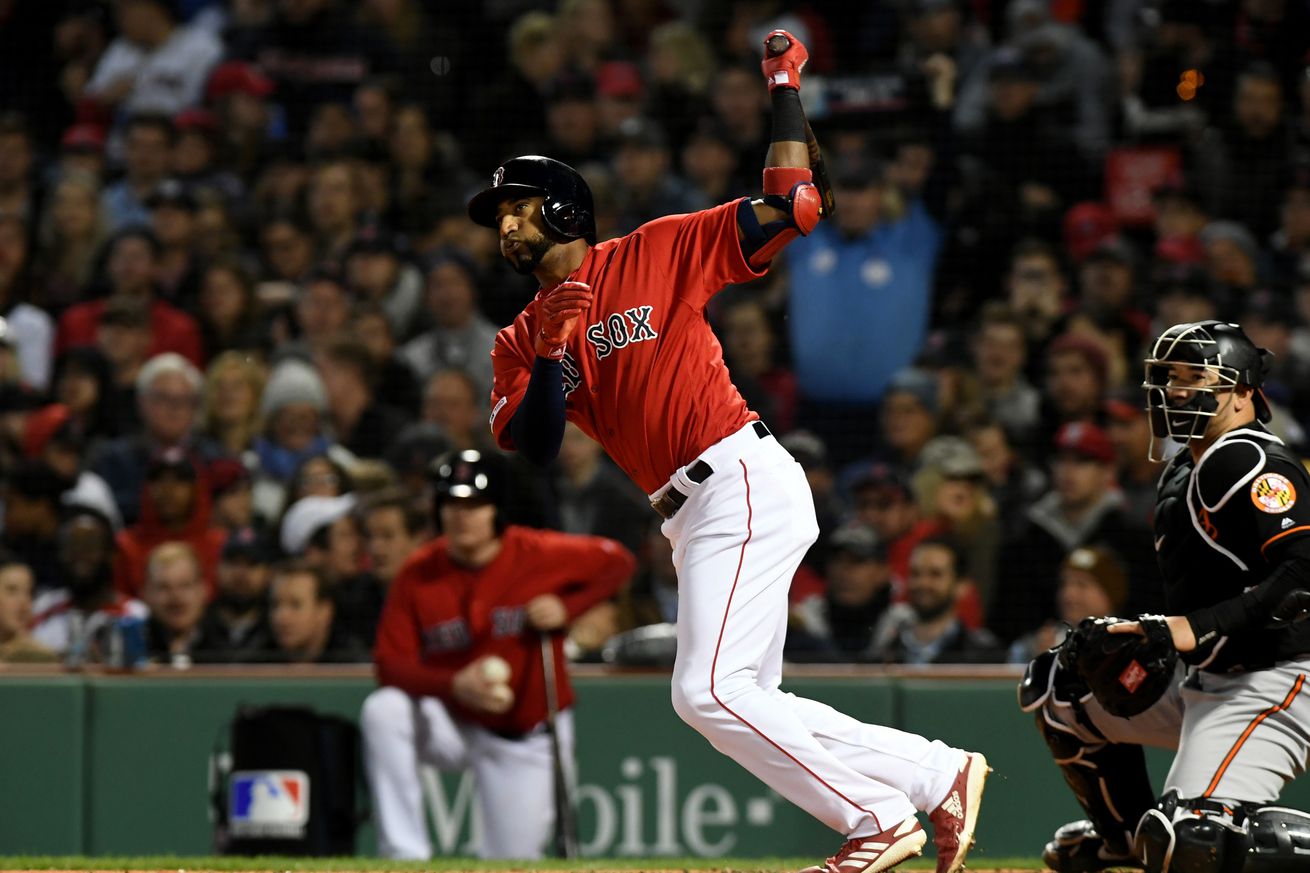 The exact extent of the injury is still unknown.

The Red Sox have been waiting to get their infield back to full strength, as they found themselves with all three of their second base candidates in Dustin Pedroia, Brock Holt and Eduardo Núñez on the injured list. The good news was, in their absence, Michael Chavis has emerged as a consistent threat in the lineup. Tzu-Wei Lin had been solid in his chances as well, but then Friday happened. In what was otherwise an entirely positive game, the utility man went into second base a little funny on a stolen base attempt, hurting something in his knee. The exact extent of the injury is still unknown at this point, although he was checked out on the field and the way he walked back to the dugout did not make things look great. As a result, Lin is going to be place on the 10-day injured list with Núñez coming off the IL to take his spot. Brendan McGair of the Pawtucket Times was the first to mention Núñez was on his way to Chicago to join the team.

It goes without saying that this is a huge bummer for Lin, and it takes away a defensive replacement for the Red Sox. Núñez is back, but he’s not exactly renowned for his glovework, to put it overly nicely. Hopefully he’ll be able to get back on the field within the next couple weeks.

As for Núñez, this pushed up his schedule by a couple of days. The original plan was for him to rehab through the weekend and rejoin the club in Baltimore on Monday. Instead, Lin’s injury left the team needing an infielder and there really aren’t any other options in Pawtucket. Núñez hadn’t exactly been lighting the world on fire in his rehab, going 2-15 with a home run over four games.

The interesting thing to watch is how the playing time is going to be split now that one of the veteran second basemen are back in the mix. With the way Chavis has been hitting, it was very easy to play him at second base over Lin. It may not be quite as easy to do so every day over Núñez, even though it very clearly should be. I would expect Chavis to play most days until he proves he shouldn’t, but not all at second base. He’ll get time at first, third and DH as well in this time, which means we’ll probably see more Núñez at second base than anyone wants.

Over The Monster https://www.overthemonster.com/2019/5/4/18529152/eduardo-nunez-tzu-wei-lin-red-sox-roster-michael-chavis
Categories: Sports