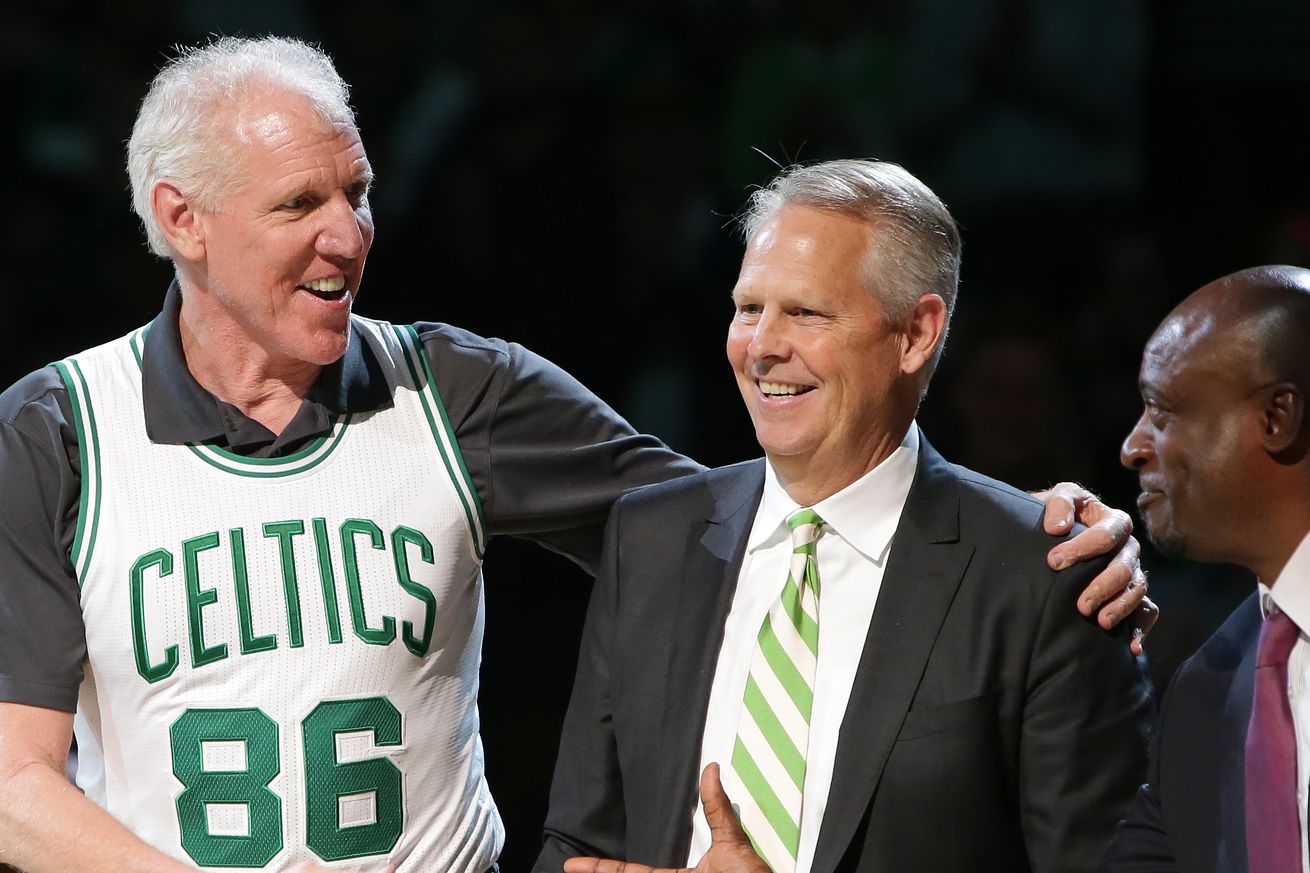 Basketball is more than a game. It is a unifying force that creates a common ground for community and an outlet for passion.

Basketball is just a game. We sometimes get so caught up in the emotions of the moment that we forget to see the humanity that makes it possible.

Basketball is basketball. It brings us in touch with amazing human beings and allows us to be inspired by them and in return to honor them with our respect.

To that end, I wanted to provide some links and quotes to a few articles that are much less about basketball and much more about the people in and around basketball.

First, our longtime friend Kevin O’Connor and his father could use all your hearts and warm wishes and prayers at this time.

My dad has said it pains him most that he won’t get to share the future with Mom and me—the friend in him wishes he could watch more basketball games with me, the fan in him wants to see me publish a book and develop on camera, and the father in him wants to simply be there for life’s highs and lows.

Dad’s still here now, though. My family will cherish our time together, no matter how long he’s around. I recently told him the most valuable lesson he ever taught me was to be mindful. He pushed me to take advantage of opportunities that develop, especially with my career. He reminded me to cherish every moment, since only the present is promised, especially the ones we’ve had watching sports.

Next, Danny Ainge had another scare this week. The players had a chance to show their support in part by sharing how much he has shown them support in the past.

“Danny is just one of those guys who takes time out of his life, his day, when he’s doing his schedule to make sure you’re all right,” Smart said. “He constantly checks in on us, my family, and things like that. Just personally for me, he’s been another mentor for me. From when I first got here Danny was the person I see every day and am talking to, so he means a lot to my life as well. I just hope he has a speedy recovery.”

While they were honored in their lifetimes, sadly we no longer have the privilege of seeing John Havlicek or Andy Jick any longer. Though we can still honor them.

Andy Jick, the long-time PA announcer whose voice echoed through the rafters of the old Boston Garden during the original Big 3 era, has died.

Jick, who had recently been serving as the Boston College Men’s & Women’s Basketball, and Baseball PA Announcer, died unexpectedly in his sleep yesterday. He was 66.

The people who knew him well—his teammates and some of the corporal’s guard of reporters who followed the NBA back when it was hostage in its arenas to the Ice Capades and not an international entertainment-industrial complex—remember a genuinely humble and fastidious man. Bob Ryan of The Boston Globe, who knew him best, remembers him as a guy who hung his socks on hangers and arranged his cologne bottles in order of height, and whose locker generally would have passed muster with the toughest gunny at Parris Island.

Just a quick reminder to reach out to someone you love and let them know exactly how much you care about them and how much they mean to you.