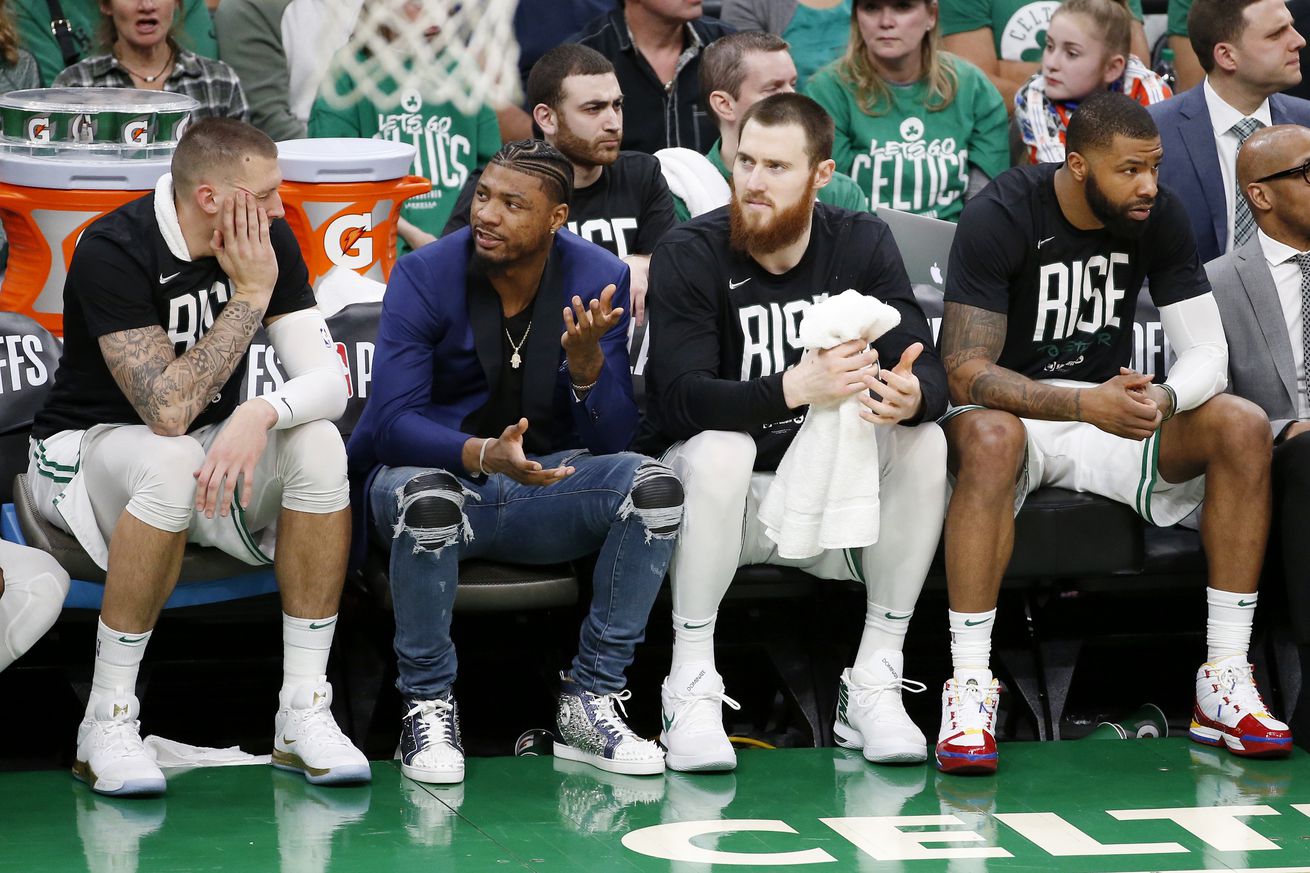 The weight of the series shifted toward the Milwaukee Bucks in an overwhelming Game 2 victory. Marcus Smart watched Game 3 from the bench, where the Celtics got fooled again, fading away in the third quarter behind an offensive drought that Milwaukee capitalized on. TD Garden fell silent with plenty of time to go.

Smart practiced with the team on Sunday ahead of Game 4 and appears ready to fill the energy gap. Boston ruled him questionable for Monday night’s game, and he said that he’s hopeful he’ll return to the lineup for the first time since he tore his oblique on April 7.

He even took a charge.

“I’m trying all kinds of things to get hit,” he said, asked about his return to contact. “Guarding guys who are coming off screens, in the post when I get the ball, guys will be checking me. Little elbows here or there to test it, and like I said everything has checked out fine, and every box to find out the contact is ok.”

Last week marked three weeks since the Celtics ruled Smart out for 4-6 weeks from basketball activity. He injured his oblique colliding with Nikola Vucevic in the second-to-last game of the regular season. On Sunday, he said he’s close to returning. The Celtics cleared him for contact yesterday and he played in three-on-three action in practice.

“I have to see how I’m feeling tomorrow morning when I wake up,” he said. “Hopefully everything feels fine, but as we know injuries can be a little tricky and sometime you can take a step back.”

Smart’s relentless style, conducive to acquiring injuries, resulted more in miraculous recoveries than setbacks. Nearly one year ago the Celtics declared him out 6-8 weeks with thumb surgery. A hair over five weeks later, he dove to half-court in the Bucks series, electrified the crowd and helped Boston grit out a 92-87 victory in Game 5.

Return from injury, Smart said, always produced a battle between feeling like he’s ready to return, and reacting to where his body is actually at. If he feels pain tomorrow after diving into basketball activity for two straight days, he said he will not play.

The urge to get back, through a “brutal” recovery process, might spur him into action anyway. Like with the charge he drew in practice, “I wasn’t even trying to take it. I fell, and it was ironic, because that’s what I needed to do. It just kind of happened on its own.”