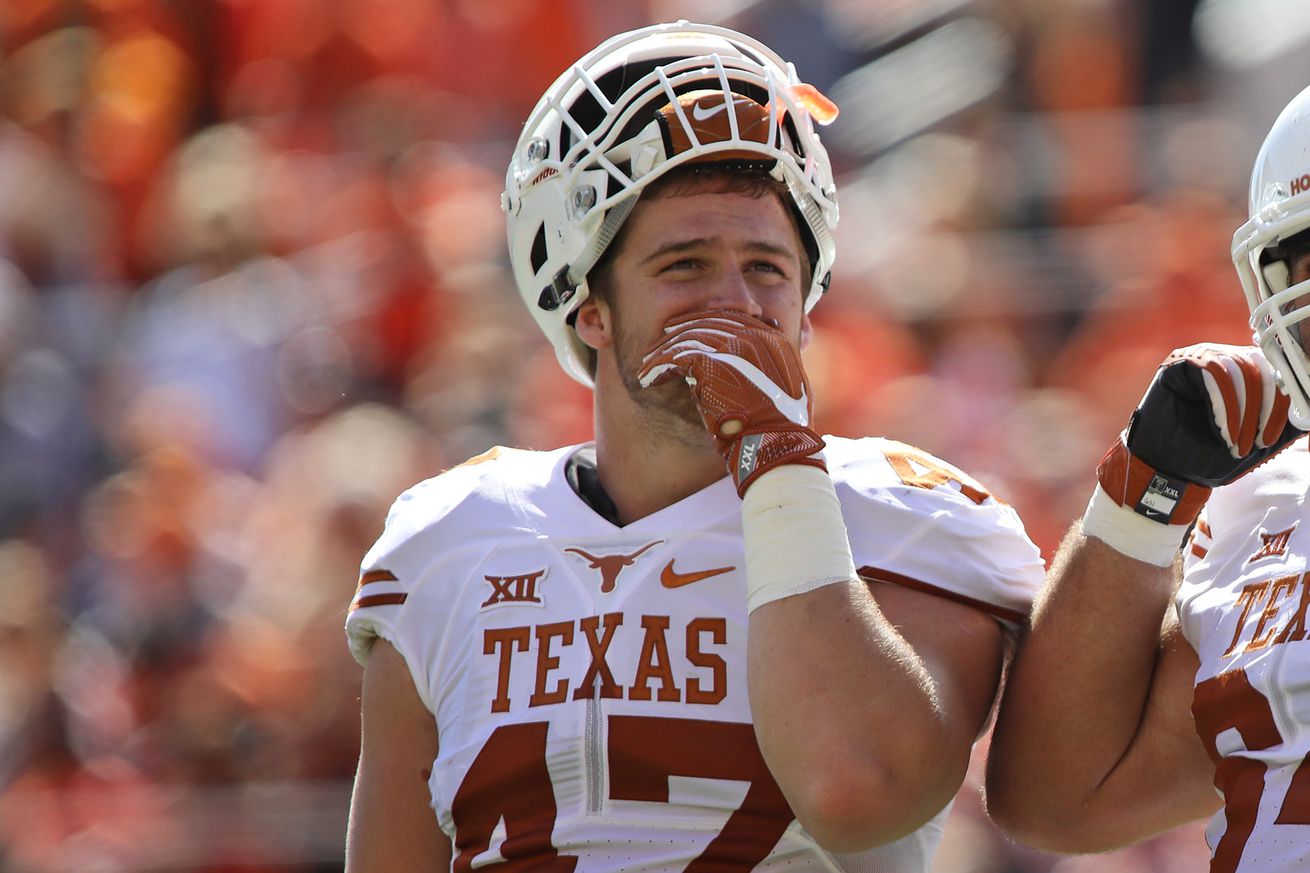 On Thursday, the New England Patriots officially announced the signing of ten undrafted rookie free agents. One of the players added is Texas tight end Andrew Back, whose limited contributions in the passing game and comparatively average athleticism led to him going unselected. That being said, Beck is still coming off a solid college career and brings plenty of experience as a blocker as well as a team captain.

The Patriots obviously like the traits he brings to the table, and apparently made bringing the 22-year-old onto the team a priority heading into free agency. A look at his contract shows just how highly regarded a player Beck is: as first reported by the Boston Globe’s Ben Volin, Beck received $115,000 in guaranteed money from the Patriots, split into a $15,000 signing bonus and a $100,000 base salary guarantee.

Beck’s team-leading guarantees are are an indicator of how the Patriots view him and what kind of competition they probably faced to bring him on board. The Texas product, for example, is among the league-leaders in guaranteed money received as an undrafted signee: only three players — offensive tackles Ryan Pope ($165,000; Lions) and Mitch Hyatt ($150,000; Cowboys), quarterback Jake Browning ($140,000; Vikings) — were so far reported to have been given higher guarantees.

Of course, his guarantee — the highest the team handed out since linebacker Harvey Langi received the same back in 2017 — does not ultimately guarantee Beck a spot on New England’s roster. However, it does show that the Patriots were willing to invest noticeable resources in a player they like. And, who knows, maybe the 6’3, 255-pound tight end will, like Langi, find his way onto the team’s roster on a currently rather thin position.

Overall, the Patriots’ undrafted rookie class received the following guarantees upon signing with the world champions (breakdown, if available, via the Boston Sports Journal’s Miguel Benzan):

According to the collective bargaining agreement, all men received three-year deals from the Patriots that will pay them a base salary of $495,000 in 2019. In Beck’s case, $395,000 of which are non-guaranteed.