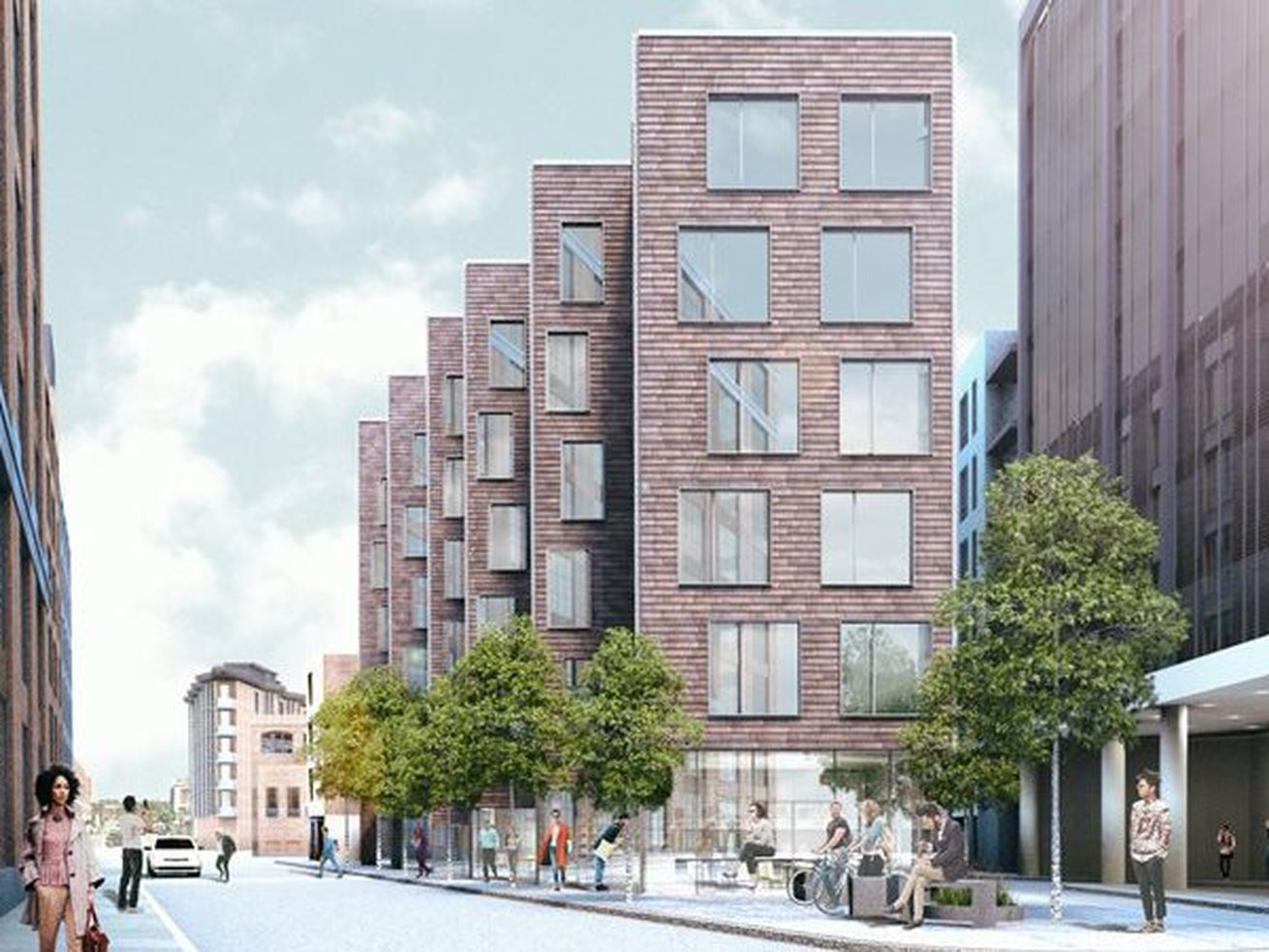 A legal dispute over development near the Broadway stop of the Red Line highlights the difficulties in building in an increasingly dense downtown Boston.

Transom Real Estate wants to construct a six-story, 55-unit apartment building on a triangular parcel on Athens Street, near where it meets West Second Street. The company bought the lot from Gillette parent Procter & Gamble, which has been selling off parcels near its World Shaving Headquarters complex (most notably the parcels for the General Electric HQ).

But, as the Globe’s Tim Logan breaks down, a developer on an adjoining lot wants to block the apartment project, officially at 21-35 West Second Street, because it not only lacks on-site parking but it would prohibit tenants from obtaining street-parking permits from the city.

Transom is counter-suing this developer—City Point Capital, which is building a 14-story, 159-key boutique hotel, itself without any parking, at 6 West Broadway—claiming that City Point is upset over losing in the competition for the Procter & Gamble site last spring.

The dispute(s) essentially means the 55-unit apartment project is on hold, despite approval from the Boston Planning & Development Agency. Meanwhile, construction on the boutique hotel is supposed to wrap this spring. Stay tuned.