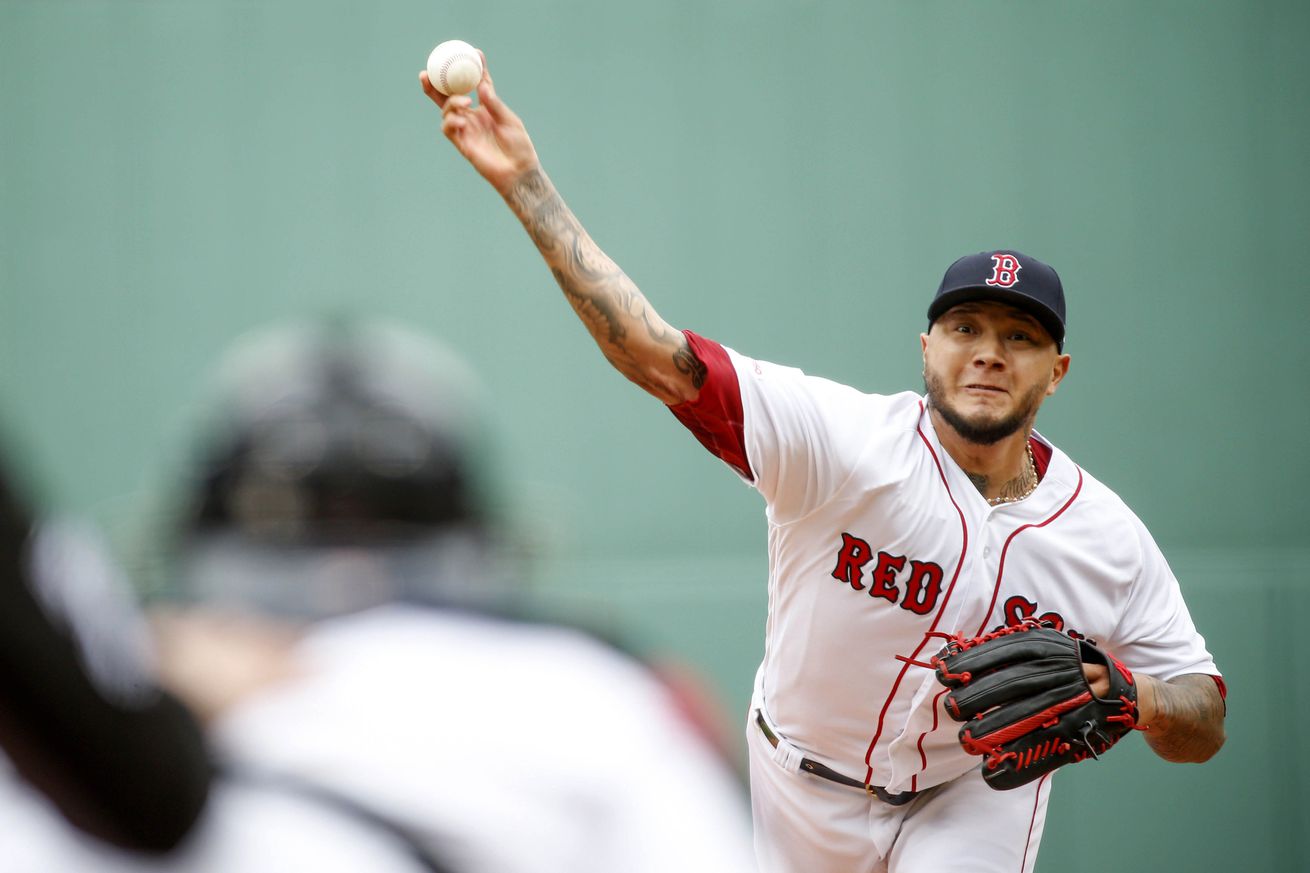 In today’s links, we look at Monday’s potential starters and the infielders who are hitting well right now.

The Red Sox have to pick a starter for Monday and Hector Velazquez and Josh Smith appear to be the contenders. (Christopher Smith; MassLive)

Xander Bogaerts, who hit a grand slam on Sunday, is one of the better shortstops around. He has plenty of company, especially when you look at offense. (Ben Clemens; FanGraphs)

With 24 combined runs scored in the last two games, the Red Sox are making it work offensively. But what about on defense? (Sean McAdam; Boston Sports Journal)

C.J. Chatham is a Red Sox prospect that has been playing well of late. (Mike Rosenbaum; MLB.com)

April wasn’t the best month for the Red Sox, but how was it in terms of ticket sales? (Craig Edwards; FanGraphs)