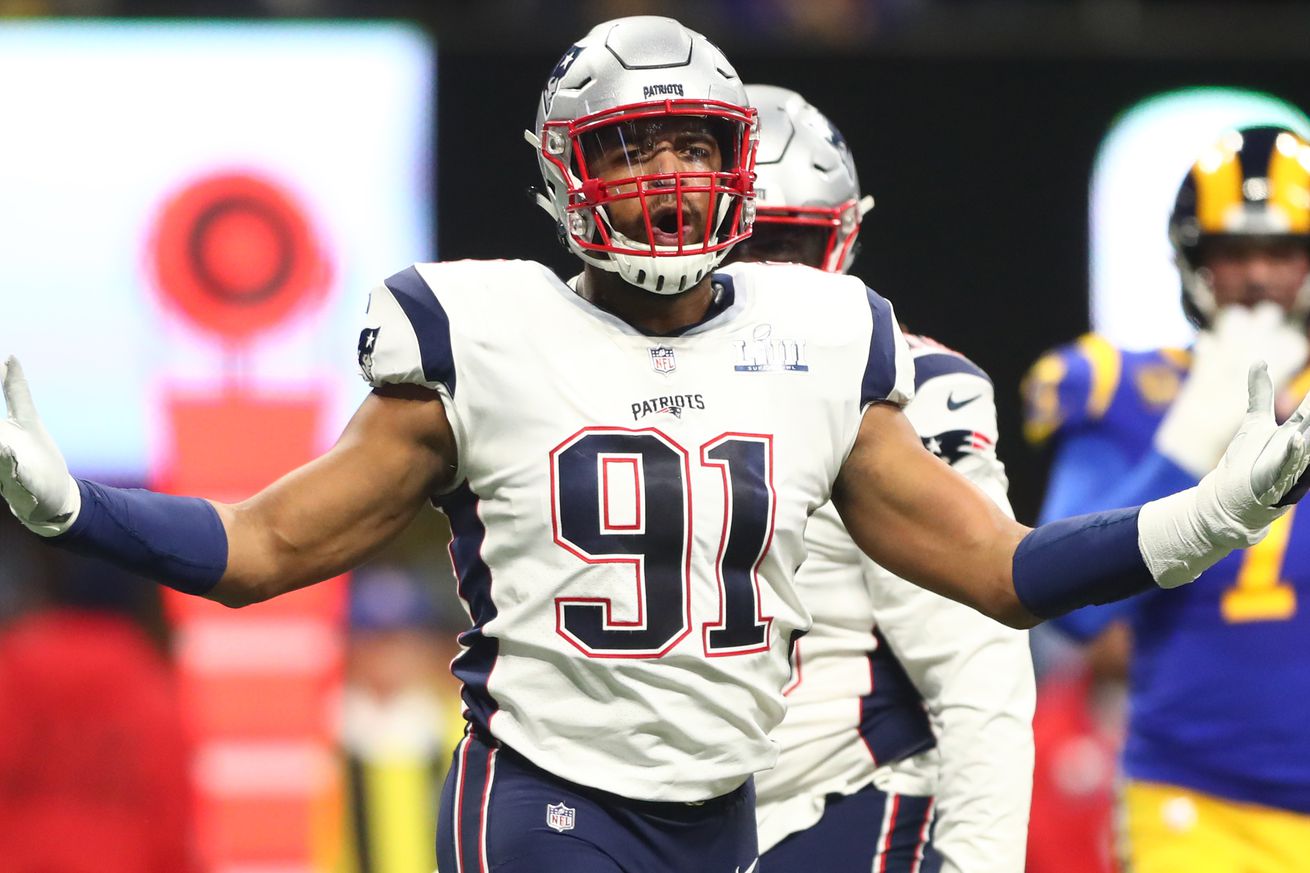 The defender is projected to play a big role in New England’s front this year.

Meanwhile, only a handful of players return from last season as locks to be on the 2019 squad as well. One of those men is Deatrich Wise Jr, who played the second most snaps on the Patriots’ defensive edge in 2018 behind only Trey Flowers. Safe to say that the team will rely quite a lot on the former fourth-round draft choice to help fill the void created by Flowers signing a five-year, $90 million contract with the Detroit Lions.

Unfortunately for Wise Jr. and the team, his third NFL campaign is off to a less-than-ideal start: according to ESPN Boston’s Mike Reiss, the 24-year-old is currently unable to do any on-field work because he is wearing a walking boot. There is no official word on why that is the case, but it would not be a surprise if the Arkansas product underwent surgery on his ankle — one that forced him to miss the AFC title game in late January.

Whatever the reasons, Wise Jr. will now likely miss at least parts of the Patriots’ offseason workouts and possibly even organized team activities starting on May 20. That being said, the situation is not expected to affect the defender heading into 2019. In that way, it is somewhat reminiscent of Joe Thuney’s last year: New England’s starting left guard underwent surgery and missed parts of the team’s offseason workouts, but did ultimately end up playing all 1,371 offensive snaps in 2018.

Whether or not Wise Jr. will have a similar rehabilitation process ahead of him remains to be seen. In the meantime, however, the spotlight will be on New England’s other options along the defensive edge: from the aforementioned Michael Bennett, to returning depth players John Simon, Derek Rivers, Keionta Davis, Ufomba Kamalu and Trent Harris, to rookies Chase Winovich and Byron Cowart, as well as free agency additions Shilique Calhoun and Nick Thurman.