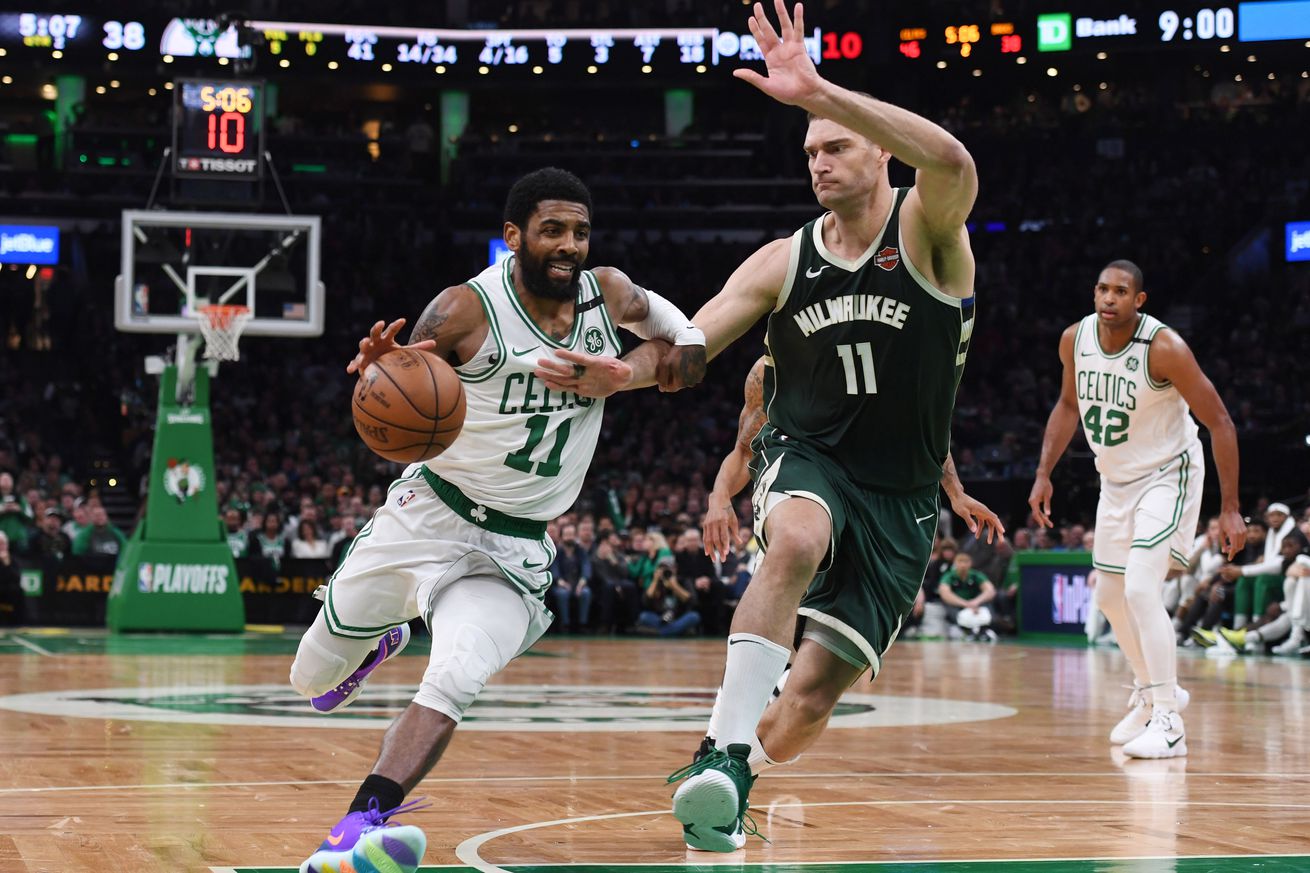 After the Celtics dropped Game 3 in Boston, tonight’s Game 4 is a must-win for this team.

It is a do-or-die scenario for the Celtics tonight on their home court. Boston comes into this game down 2-1 in the series with the series heading back to Milwaukee for Game 5. Even as we have seen crazy things happen throughout NBA history, the odds to win this series will not be in the Celtics favor if they go into that game down 3-1. It is crucial the team understand the stakes of this game and use the home crowd to urge them to a win tonight.

The series up to this point has been hard to judge. Each team had a blowout game and then Game 3 settled down a bit more in favor of the Bucks. They both play contrasting styles which sets up a battle of which scheme works given the night. As we saw in Game 3, the driving to the rim over and over again was winning solution for Giannis as he turned it into a free throw shooting contest the entire third and fourth quarters. The Celtics then had to try and shoot themselves back into the game and came up short. It was stopped Game 1 but has not been stopped since then.

Most importantly for the Bucks, they took back home court advantage after winning Game 3. They did their job, and now they are playing with house money to see if they can ultimately take full control of this series. Specifically for Game 4, there may not be many adjustments from Coach Budenholzer and this team. They succeeded by getting out in transition consistently and bombing threes on set possessions. These two styles get the shooters and Giannis as a driver into their rhythm.

Flipping to the Celtics, their defensive goal will be trying to find the scheme which worked for them in Game 1. They must pack the paint with bigger bodies to try and slow down the drives by Giannis. That may be selling out leaving open shooters, but their objective needs to be letting other players beat you other than Giannis. That may result in Baynes and Horford pairing up on the court at the same time which could cause liabilities in other areas. It is a cost benefit analysis of which risk the Celtics want to take to limit Giannis’s production.

Offensively for the Celtics, this series hinges on Kyrie rising to the occasion of why he was brought to Boston in the first place. He has got to take over games like Giannis did for the Bucks in Game 3. Kyrie must channel his highest levels of basketball the rest of this series if the Celtics want to move on to the next round. Game 2 was a perfect example of how, in one of his worst games, the Celtics did not seem to have a pulse offensively. Game 3 was better, but he still did not hit the important shots down the stretch. With all the off-season drama surrounding him as well, all eyes will be on Kyrie’s attitude in this game. If he wants to play longer into these playoffs, he has got to take the game over and put the team on his back.

Outside of Kyrie, Jayson Tatum, Jaylen Brown, and Gordon Hayward need to step up and have impressive games collectively. The Celtics are in sync offensively when at least two of these three have a strong offensive game. Tatum and Hayward this series have been missing links for this team. It has been difficult for Jaylen Brown to play hard both ends of the court at the highest level in place of Marcus Smart’s defense. For the Celtics to win Game 4, these three have to step up offensively and hit their shots even as they continue to be stubborn going to the rim.

As for the injuries for Game 4, the Celtics could be getting some great news in regards to Marcus Smart. He feels like he can play and was cleared for full contact with the team. Yesterday, he was upgraded to questionable for tonight’s game. If he can come back tonight, he will be a huge boost for this team defensively and also with their morale. The crowd feeds off Smart and his hustle, so this could be a huge turn for this Game 4. For the Bucks, Malcolm Brogdon will not be suiting up for this one. Apparently, he has been running five-on-five with the team, but Coach Bud still does not want him back into the lineup. Game 5 in Milwaukee could be his return for these playoffs.

The bottom line is that this game is a must win for the Celtics. It will be near impossible to come back from a 3-1 deficit with two games on the road. The players will know this going into this one and needs to be emphasized as many times as needed. Kyrie is the most important player for the Celtics on the offensive end to step up and carry the load if needed. The Celtics will come into this one hopefully with Marcus Smart back in the lineup and a rowdy crowd ready to see the series tied back up two games apiece.