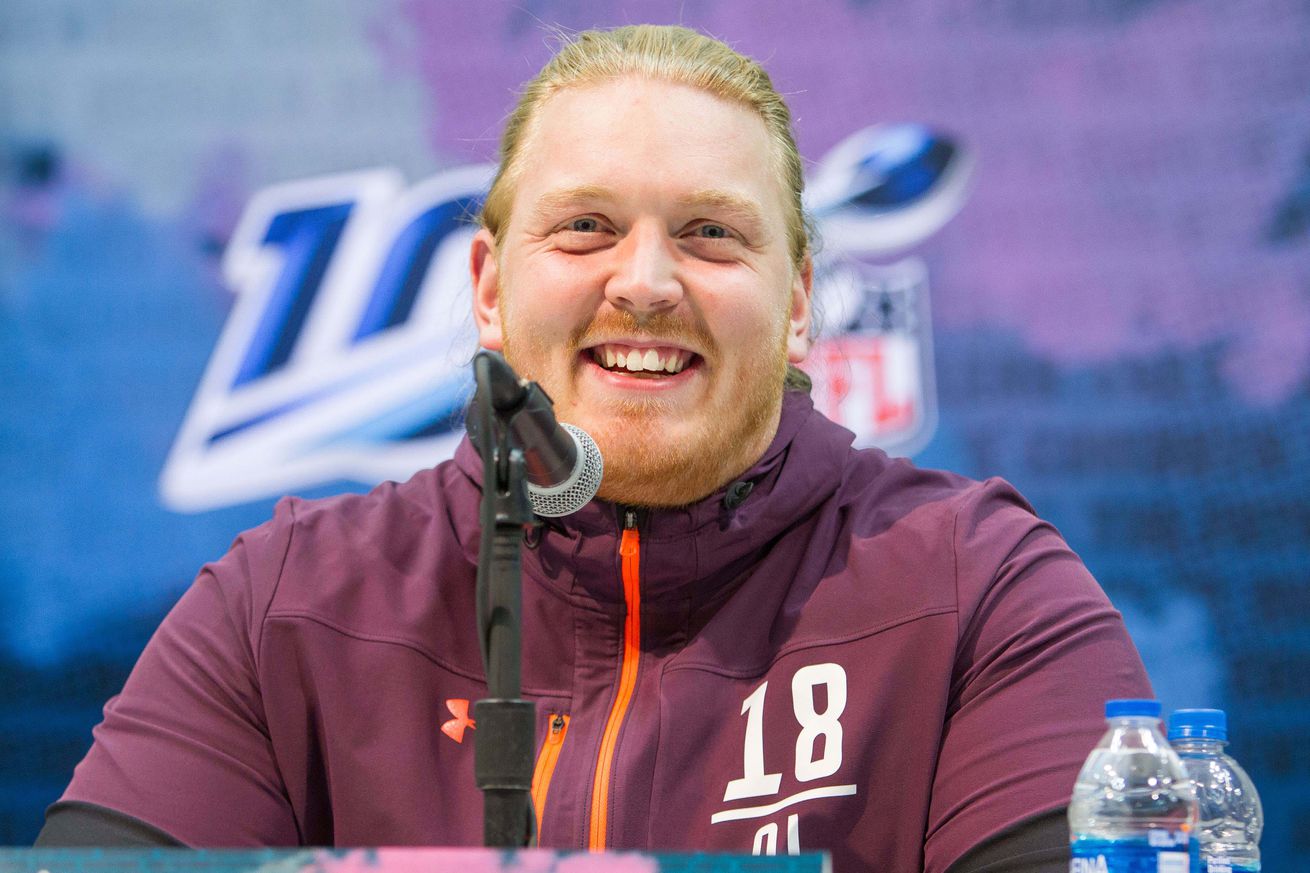 When the New England Patriots selected offensive lineman Hjalte Froholdt in the fourth round of this year’s draft, they picked one of the most unique players available: Froholdt’s football career did start 3,600 miles east of Boston, after all, in the small Danish town of Svendborg. From there, the 22-year-old launched a career that first led him to the United States and now the reigning Super Bowl champions.

Shortly after hearing his name — which is pronounced ‘YELL-de FRO-holt’ — called on the third day of the draft, Froholdt spoke to the New England media about his experience and how his football career came to be. “I started playing football back in Denmark when I was 12. It started blowing up when I came to the States as an exchange student when I was a sophomore in high school,” he said during his introductory conference call.

“It was awesome being introduced to the game of football over here, and you guys are pretty good in what you do. It was a tough transition but it ended up going pretty well,” continued Froholdt — using a key word to describe his career up until that point: transition. Over the last ten years, the 6-foot-4, 306-pound interior offensive lineman had to undergo major transitions on his way towards the NFL.

Now, they should help him adapt to life in New England and under legendary offensive line coach Dante Scarnecchia. “You know, my first two years I started at left guard all of the games, and I played at some center and some right guard last year,” said Froholdt. “But I feel pretty comfortable with all of them. It doesn’t really matter — I’ll play wherever Coach Scar will put me and I’m excited to get to work with him and see where this goes.”

His experience of playing numerous positions along the line should help his long-term outlook in the NFL, especially considering that the team might have to plug him into a starting spot one year from now: starting left guard Joe Thuney is scheduled to hit free agency next year. 2020 is of course a long way down the road, especially for a player whose professional career is only a week old.

For Froholdt, the first step is therefore getting acclimated to the big league — a process that will start see its next major step pretty soon, with New England scheduled to kick off its rookie minicamp later this week. The transition from playing at the college level to the NFL is just the latest for the Dane, however, and the past ones he underwent over the last few years should have him at least somewhat prepared for what lies ahead.

“You know, going from Denmark to Ohio in high school was a really, really tough transition. And going from high school to college moving back to O-line was an even tougher transition, so I feel like I’m ready for it,” Froholdt said. “I need to get there to really figure out what’s going on before I can really say anything about how I’ll fit in. But I’m just excited to come in and get to know everybody and try to earn some respect in that organization.”

As for the Patriots, they are getting a player “that really cares,” according to the man himself. “I love the game of football.” he said when speaking about his attributes. “I always played it just because I loved it. There was never really claims to come to this point, but I’m excited to be a Patriot — and I literally can’t stress enough how excited I am. It’s going to be amazing to be up there and get out to Boston and be a part of that community.”

When judged by his statements shortly after becoming a member of the Patriots, Froholdt already seems to be fitting in quite well with the club. And maybe this will help him slow down his fast-paced journey after moving from Denmark to Ohio to Arkansas to New England in a span of just a few years — at least in a geographical sense. Other than that, the fun and all the work that comes with it is just getting starting.