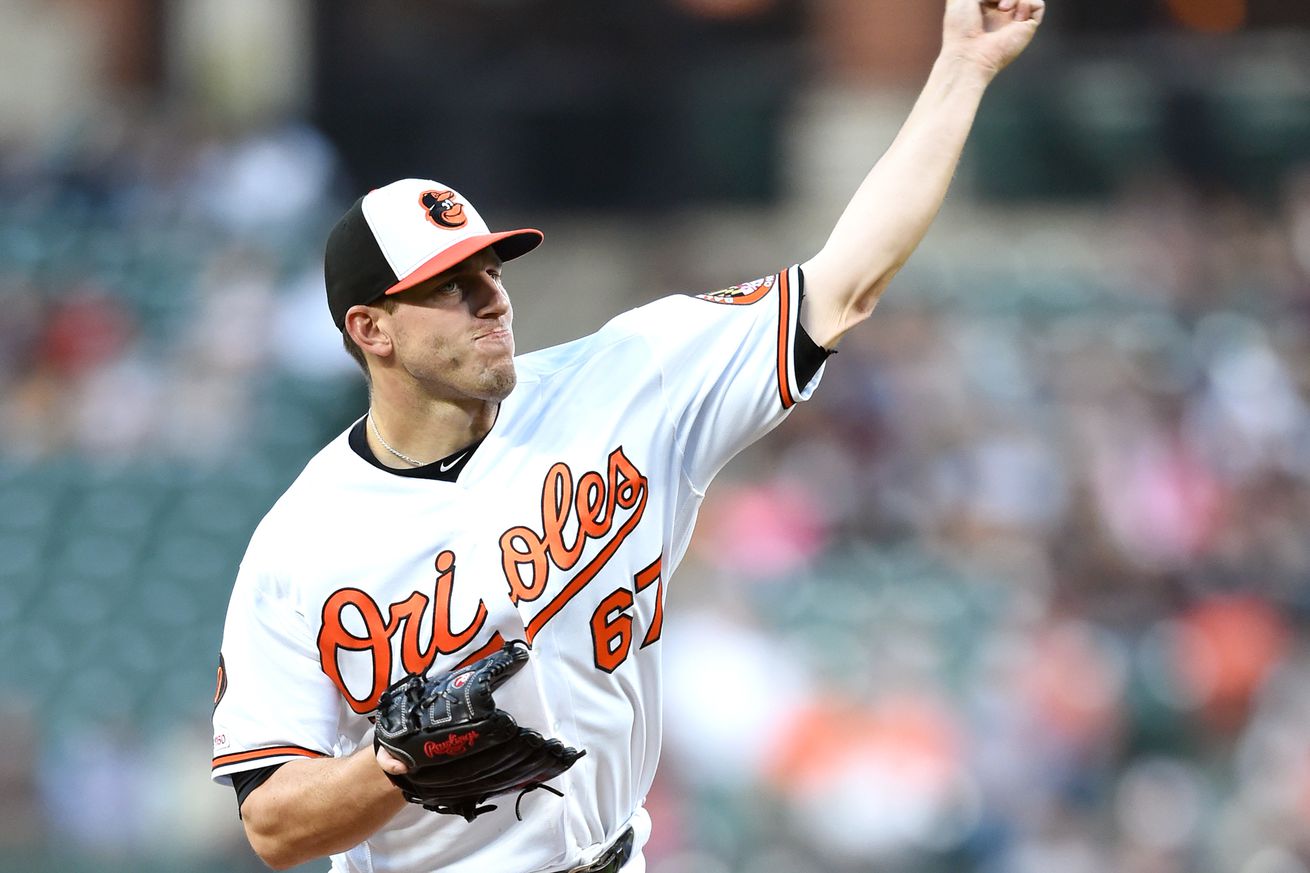 Josh Smith gave up a grand slam and the offense was hopeless all night long.

Boston’s lineup was red-hot coming into this game, but they were not able to keep that going at all on Monday. Facing off against a lefty in John Means, it seemed like it would be a good chance to get going. Instead, they were utterly hopeless all night, with the top half of the lineup in particular looking terrible. The top five hitters failed to get on base all 19 times they came to the plate in this game, and it goes without saying that you aren’t going to win a lot of baseball games with literally zero production from your top five hitters. That they even scored one is something, to be honest. On the pitching side, Josh A. Smith got the start. He wasn’t all that impressive, but really he got beat on one pitch that was the difference in the game. If you’re looking for the positive, it was Ryan Weber who came in and tossed four scoreless innings in a bullpen-saving outing. That was particularly important with Hector Velázquez taking the mound on Tuesday.

There was pressure on the Red Sox offense for this game, or at least much pressure as you could imagine there being in an early-May game coming off a three-game stretch where the lineup had exploded. For one thing, this game felt bigger than it really was, as a victory would have put the team at a .500 record for the first time this year. More importantly, the Red Sox were turning to Josh A. Smith on the mound, and even against a rebuilding Orioles team it probably wasn’t going to be great. Injuries to David Price and Nathan Eovaldi, not to mention Brian Johnson, have forced the Red Sox to dig into their pitching depth, and these spot starts are games where the offense has to work to get victories.

Going up against a lefty in John Means, it looked like a good opportunity to do some damage. Means did pitch relatively well against Boston in mid-April, but he’s a hittable pitcher and the Red Sox have the right-handed talent to tee off on a guy like that. Unfortunately, they didn’t look to have much of a chance in many of their at bats in this game. Again, they had been hitting well and every team is going to have a bad game from time to time, but considering their own starter, the symbolic meaning of this game and the quality of pitching they were facing, the start of this game was frustrating.

The tone was set right away, too, with three noncompetitive at bats to start off this game in the top of the first. After going down in order there, they did manage a weakly hit bloop single in the second, but nothing more than that. They got another single in the third, this one hit a little better and this one to lead off the inning, but again they did not manage anything on top of that.

Meanwhile, Smith himself really wasn’t terrible and gave the Red Sox mostly what you would expect, just with some bad sequencing and a shrunken strike zone for much of the night. His stuff certainly didn’t look overwhelming, but he got some nice swinging strikes on curveball below the zone and then turned around and blew guys away with high, 91 mph fastballs. It wasn’t a repertoire that will work to great success, but it can do the job for stretches.

This game almost started disastrously for Smith, however, as Orioles leadoff man Jonathan Villar gave a ball a drive out towards deep left field. The ball may have been on its way over the fence and if not would have at least been a double. That’s what was originally called, in fact, but replay showed a fan had reached over into the field of play directly above J.D. Martinez, and it was called interference. It was the correct call, but also a break for the Red Sox as there was little-to-no chance Martinez was making the play. Smith went on to issue a walk to the next batter before settling down for two outs to end the inning.

The second wouldn’t go as well. Again, the ump didn’t do Smith many favors here, but ultimately he was just a little too hittable. He gave up a single to start the inning, then Steve Wilkerson surprised everyone with a bunt single to put the first two batters on. A walk to Chris Davis loaded the bases with nobody out, but Smith recovered from there with two huge strikeouts. He was now just one out away from totally escaping the jam with Villar coming back up. This time, the Orioles infielder went to right-center field, and this time he left little doubt. Villar took a curveball at the bottom of the zone and he drove it out for a grand slam, and in the blink of an eye it was a 4-0 lead.

Smith came back with a 1-2-3 inning in the third, but then allowed the first two batters he saw in the fourth to reach on singles. After getting an out after that, his night was over and Heath Hembree had a mess to clean up. He was helped out by his defense when Steve Pearce went over his shoulder to save a bloop single that could have scored a run, and a fly out after that ended the inning with the Orioles still sitting at four runs.

In the fifth, the Red Sox offense still showed some signs of life, though still not nearly enough. Vázquez got his second hit of the day to lead it off, and this one was a bit more convincing as a line drive into the left field corner for a double. He moved over to third on a fly out to right field before coming in to score on a sacrifice fly. You’d like a more sustained rally than that, of course, but it did pull the Red Sox within three.

Ryan Weber came on for Boston beginning in the fifth, and he got two consecutive 1-2-3 innings to start things off. Unfortunately, the offense did the same thing. In the seventh, Weber allowed his first hit in the form of a leadoff double. A bunt moved the runner up to third, but the Red Sox righty was able to come back with a strikeout and a grounder to keep the deficit at three.

Means was finally out of the game with Baltimore turning to the bullpen to start the eighth, and the Red Sox finally got a baserunner when Eduardo Núñez reached on an error. He got to second on a ground out, but he was stranded there.

Ryan Weber then came out to complete his fourth scoreless inning before the Red Sox went down in order in the ninth to end this dumb and very bad baseball game.

So, the Red Sox will look to get back into the win column on Tuesday in the second game of this series. They’ll send Hector Velázquez to the mound for that game to take on David Hess. First pitch is scheduled for 7:05 PM ET.

Over The Monster https://www.overthemonster.com/2019/5/6/18534765/red-sox-orioles-john-means-ryan-weber-josh-smith-thank-god-thats-over
Categories: Sports