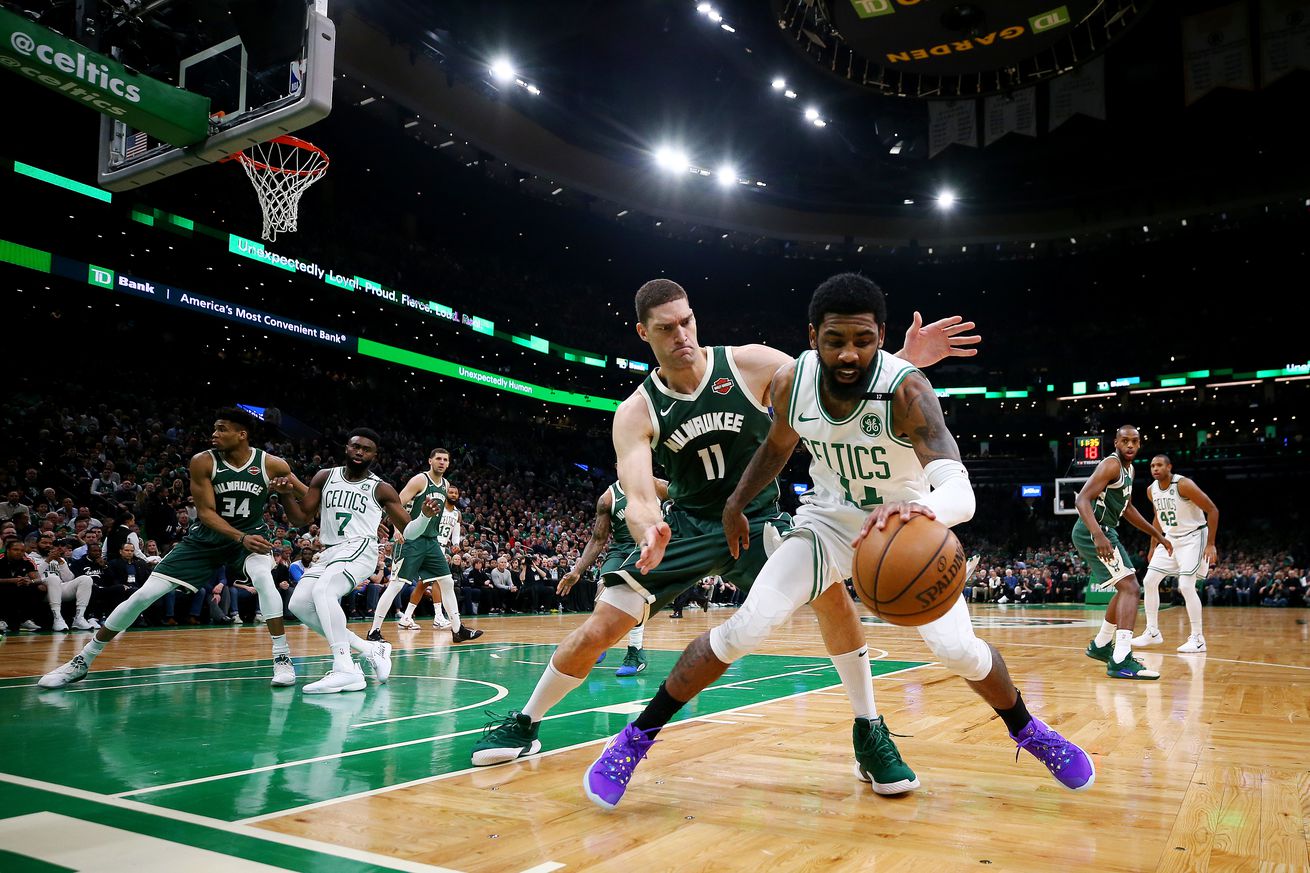 Will Game 4 be the Kyrie game of this series?

After Game 3, Irving complained about the number of free throws that Antetokounmpo had. His twenty-two trips to the line tied a career best. But as much as Irving subtly criticized the officiating, he also credit Giannis’ aggressiveness. After turning in a 26-point, 11-assist masterpiece in the opener, Irving’s aggressiveness hasn’t exactly paid off. After hitting 12-of-21 in Game 1, he’s combined for 12-for-40 over his last two games and dished out just ten assists with seven turnovers.

Kyrie’s much anticipated return to the post season was supposed to be a proof positive that one of this generation’s most clutch players was back and for the Celtics, an outlet for Irving to find out whether or not he wanted to re-sign with the franchise that traded for him two seasons ago. with the series on serve and Boston looking to go 2-2, It’s time for Irving to step up.

“I just gotta be me, man. That’s the easiest part,” Irving answered when asked about what he individually could do better to tie up the series before heading to Milwaukee for a pivotal Game 5 on Wednesday night.

“I think painting a great picture, you need help doing so. Same mindset I’ve always had, being aggressive, being patient, being able to be aware of the time of the game, where I need to make my impact, being able to be in the right defensive positions, being able to communicate with my teammates as well. That’s the easy part though. That’s the fun part where you just go out there and just allow the flow of the game dictate your instincts.”

After Sunday’s practice, Irving expanded on the idea of “building a wall” against Antetokounmpo, stressed the importance of managing the game, and rifled through some nuts and bolts basketball terms regarding Boston attacking on the “second side actions” and “mid pick-and-roll collapsing the defense.” Kyrie is a basketball savant and when you listen to his pressers, you can see his mind replaying all the plays in the game he just played and predicting how he’ll approach the following. His brain never stops.

However, his performance in Game 4 and the rest of the playoffs may not hinge on tactical issues or schematics. After Sunday’s practice, Irving was seen talking with head coach Brad Stevens for over fifteen minutes. Neither would divulge what was said in that conversation and it could have simply been more game planning for tonight, but it could also be both of them trying to get the best version of Irving out as Antetokounmpo continues to be the best player on the floor.

Both superstar and coach are very mindful people and I’m sure very aware that Game 4, while not technically a must-win game, is a must-win game. All season, Irving has tried to straddle the line between being a good teammate and leader or going full Uncle Drew and winning an important game on his sheer talent alone. If there was a game that needed that magic, it’s tonight.