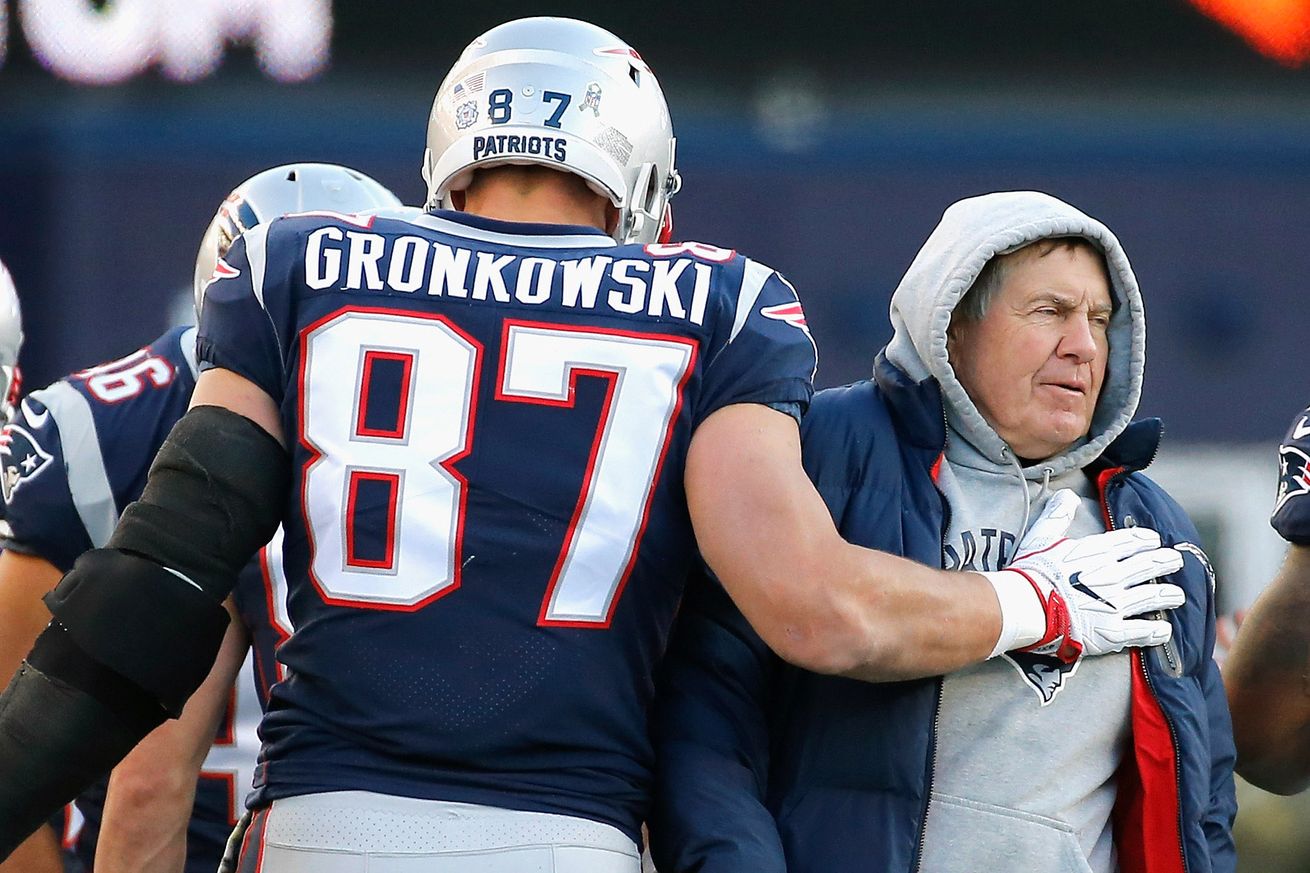 While the New England Patriots’ 2019 draft class features an intriguing mix of high-upside talent and players filling current needs, one position widely perceived as being undermanned was not addressed. Despite Rob Gronkowski retiring in late March, the Patriots did not draft a (primarily pass-catching) tight end to help soften the blow of the future Hall of Famer stepping away from the game at just 29 years old.

New England did add a tight end after the draft was over in unselected free agent Andrew Beck, but his signing hardly solves the larger issue: the Patriots employ an uncharacteristically thin tight end group with Gronkowski no longer in the picture. It is therefore unsurprising to see advanced statistics website Football Outsiders list the position as the world champions’ biggest need at the moment (via E$PN Insider):

Patriots fans have got to be hoping that Rob Gronkowski will do an about-face on his retirement as we get closer to the season, because this current group is lacking. Nominally led by expert-at-losing-touchdowns-to-instant-replay Austin Seferian-Jenkins, the Patriots also have Matt LaCosse, Stephen Anderson and Ryan Izzo. It’s a group that is not likely to make life at the goal line any easier for the Pats. Seferian-Jenkins had a minus-25.9% DVOA last year en route to losing playing time to James O’Shaughnessy. Come back, Gronk!

The Patriots, who also cut Dwayne Allen earlier this offseason and recently traded away Jacob Hollister, appear to be content with having Seferian-Jenkins, LaCosse, Anderson, Izzo and Beck duke it out for the spots on the team. Maybe they will bring in further reinforcements via trade or the open market, but as things stand right now it seems likely that New England will use the position differently than it did with Gronkowski in the fold.

After all, Gronk did it all: he blocked like an offensive tackle, and caught passes like a 6-foot-6, 270-pound wide receiver. With no player on the current roster even close to approaching this level of versatility, it would not be surprising if the Patriots simply used the bodies they currently have based on packages and situations. Izzo and Beck could serve as primary blockers, Seferian-Jenkins and Anderson as pass catchers, LaCosse as more of a hybrid.

While tight end will therefore maybe not play as big a role in New England’s offense as it did when Gronkowski was still a part of it, its value cannot be underestimated either: together with a re-tooled wide receiver group and one of the deepest running back corps in the entire NFL, the position will serve as a complementary piece in the Patriots’ puzzle — just not the prominent piece it was for the last nine years.