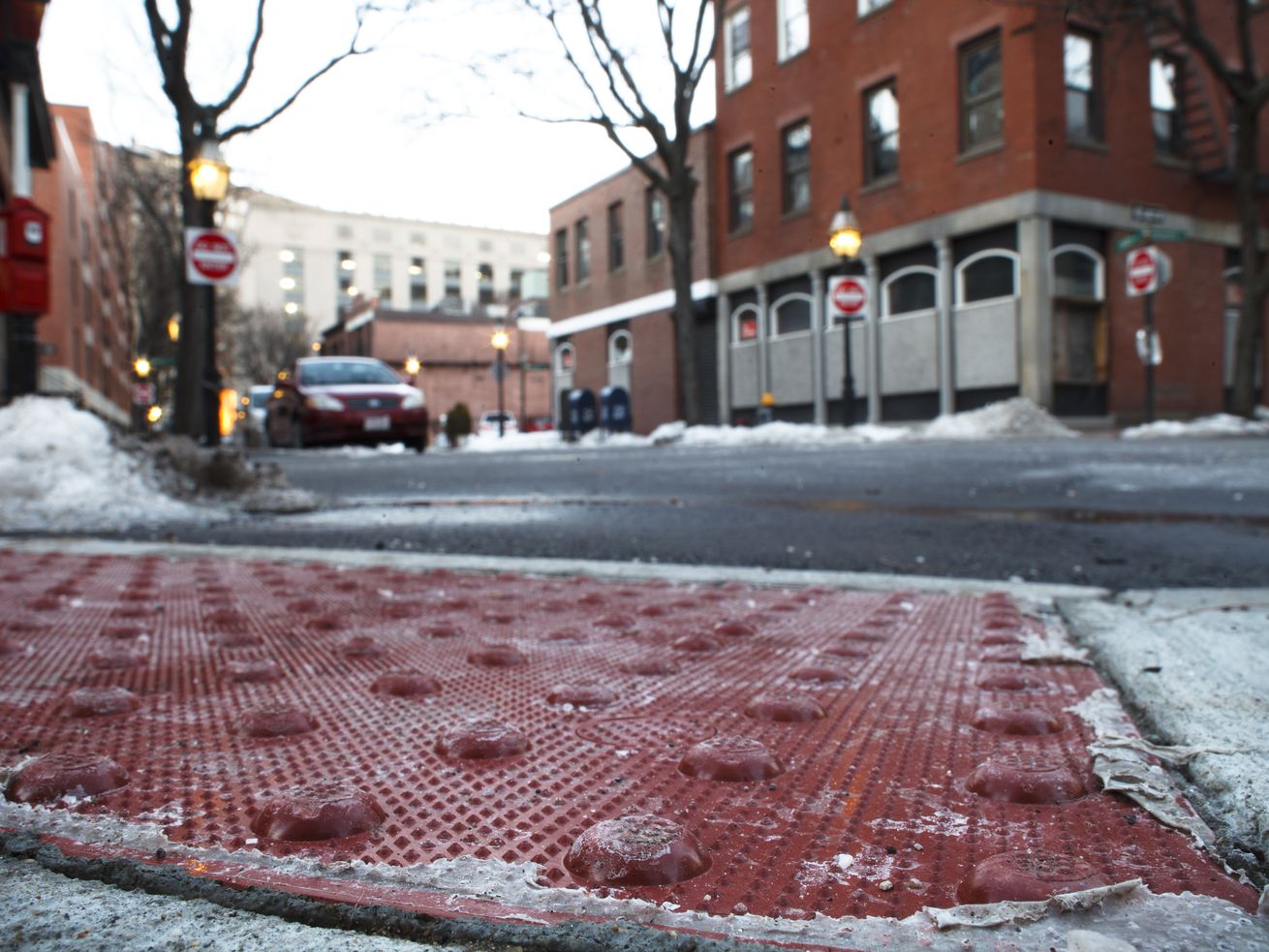 The city is installing 17 concrete, cast-iron tactile warning strips in Beacon Hill to aid people with physical challenges in navigating the Boston neighborhood’s sidewalks and crosswalks.

The installations cap years of legal wrangling between the city and the Beacon Hill Civic Association, which opposed the city’s original plan to instal plastic versions of the strips. The group saw such installations as “historically inappropriate” for Beacon Hill, and sued in 2014 to stop their placement.

As part of a legal agreement that advances the installations, the civic association is picking up the extra cost for each more expensive concrete, cast-iron strip. That pencils out to $279 more a strip.

The civic association for its part says it’s glad the city is installing the markers and adds that the concrete ones will prove more durable over time, per the Globe’s Laura Crimaldi.