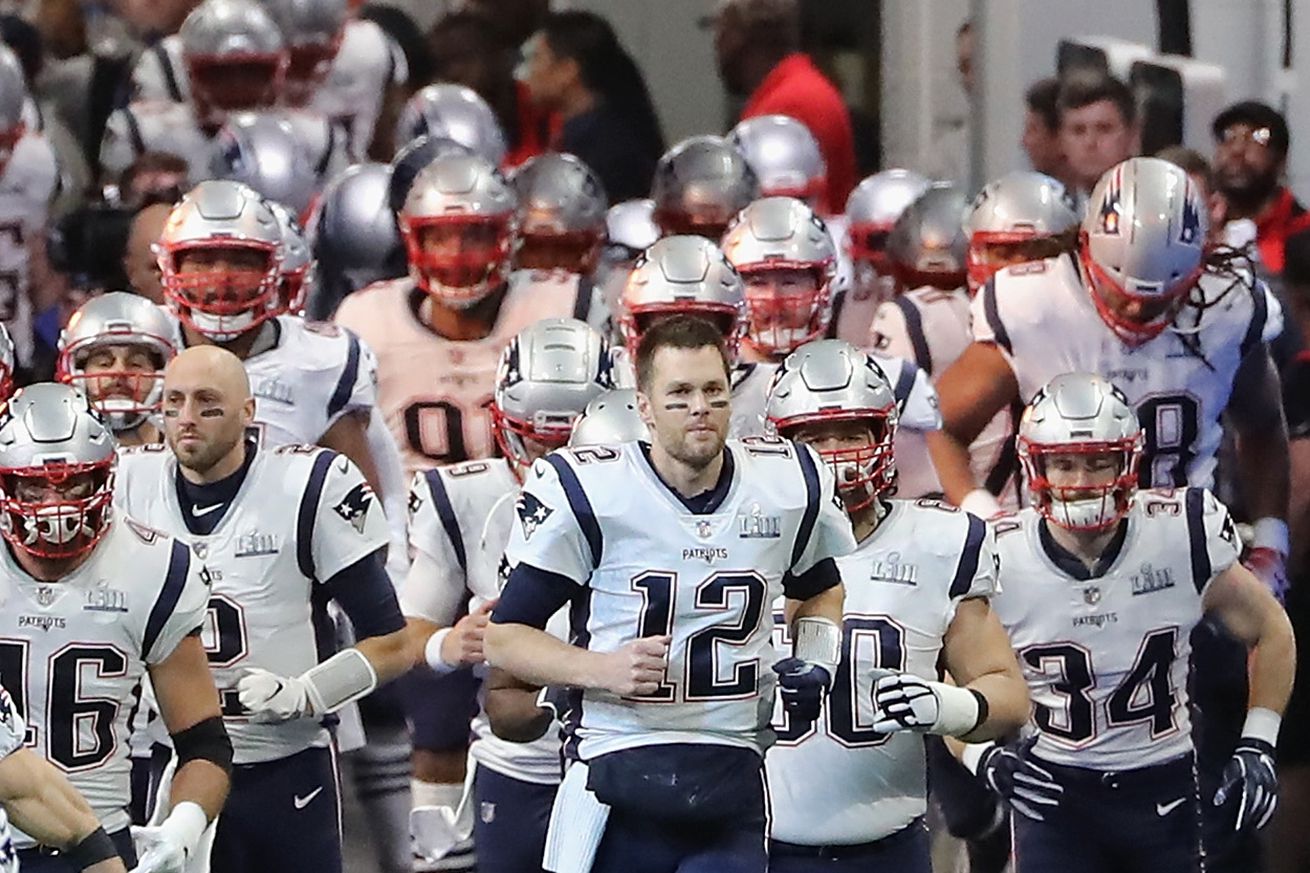 Yesterday, the New England Patriots announced the signing of undrafted rookie free agent wide receiver Xavier Ubosi — a move that put the team’s roster at 90 men, the maximum allowed during the offseason, for the first time since the NFL draft concluded a little more than a week ago. This means that now is the perfect time to take a closer look at who is on the team as it stands right now.

Fourth-round draft pick Jarrett Stidham makes for an interesting addition to the Patriots’ quarterback group behind starter/future Hall of Famer Tom Brady. His development over the course of the offseason will be interesting to watch, especially as it relates to veteran backup Brian Hoyer and last year’s seventh-round choice Danny Etling.

Already one of the deepest positions on the team, the Patriots decided to add Damien Harris on day two of the draft. The rookie will likely take on a rotational role on early downs and in short-yardage situations alongside top option Sony Michel. James White and Rex Burkhead, meanwhile, will resume their usual roles as the change-of-pace backs. James Develin returns as the NFL’s premier fullback, while the rest of the position depth chart will have to fight for its roster lives this summer.

The current personnel turnover at the wide receiver position left only three true roster locks on the team in veteran Julian Edelman, first-round rookie N’Keal Harry, and special teams captain Matthew Slater. The rest of the group will need to prove its value to the Patriots over the next four months — with Phillip Dorsett having the best chances of emerging with one of the spots in his hands due to his experience in the system.

Without Rob Gronkowski, the tight end group is a thin and unexperienced one in New England’s system: the five men combine for exactly zero in-game appearances for the Patriots. Lacking a true all-around player like Gronkowski, the group is basically split into receivers (Austin Seferian-Jenkins, Stephen Anderson) and blockers (Ryan Izzo, Andrew Beck). Free agency signing Matt LaCosse has probably the best potential to serve as a hybrid in the mold of Gronk.

Following the departure of Trent Brown in free agency, left tackle remains a question mark at this point in time. 2018 first-round pick Isaiah Wynn, coming off a year-long stint on injured reserve due to a torn Achilles, is the front-runner to earn the spot with third-round rookie Yodny Cajuste and former undrafted free agent Cole Crosten as the top backups. On the other side, meanwhile, Marcus Cannon will again hold down the fort.

The Patriots’ interior offensive line is one of the best in football, with center/team captain David Andrews and guards Joe Thuney and Shaq Mason all being among the NFL’s best young players at their respective positions. Beyond the top trio, fourth-round rookie Hjalte Froholdt and veterans Ted Karras and James Ferentz provide quality depth. All in all, the nine-man group is one of the strongest — literally and figuratively — on the team.

The free agency addition of Mike Pennel helps make up for the losses of Malcom Brown and Danny Shelton, and gives the Patriots a big run-stuffer to play alongside Lawrence Guy. Adam Butler will again see primarily passing-down snaps, with rookie Byron Cowart expected to fill a similar role. However, the fifth-round pick is not guaranteed a spot on the team and will have to compete against the other defensive tackles for what appears to be at best one spot on the 53-man roster.

Over the course of the offseason, the Patriots basically filled the spots vacated by Trey Flowers and Adrian Clayborn by trading for Michael Bennett and drafting Chase Winovich in round three. Together with Deatrich Wise Jr. and John Simon, they are expected to form the core of this year’s defensive edge group. Derek Rivers and Keionta Davis, meanwhile, are dark-horse candidates that need to take a step forward in order to justify being kept on the team through roster cuts.

One year ago, the linebacker position was perceived to be one of the thinnest on the team. However, the return of Dont’a Hightower in combination with some excellent play from Kyle Van Noy and Elandon Roberts having his best season as a pro helped turn the position’s fortunes around in 2018. One player to keep an eye on this summer is Ja’Whaun Bentley: the 2018 fifth-round pick looked very solid in limited action during his rookie year — even serving as the on-field signal caller at one point — and could be in line for a bigger role.

Arguably the best cornerback depth chart in the entire NFL, the Patriots feature an intriguing mix of established talent and developmental upside. Stephon Gilmore and Jason McCourty are the elder statesmen, with J.C. Jackson as the emerging third option. Second-round rookie Joejuan Williams will likely see rotational snaps to start his career, while the usage of Jonathan Jones — he was outstanding in the Super Bowl as a corner/safety hybrid — and 2018 second-round pick Duke Dawson will be fun to watch.

The Patriots added Terrence Brooks and undrafted rookie Malik Gant this offseason but the core of the safety group remains intact: Devin McCourty, Patrick Chung and Duron Harmon are the top three — a trio that might see some help from aforementioned cornerbacks Jonathan Jones and Joejuan Williams, depending on the opponent and the situation. While the safety group needs an infusion of youth in the future, it is still one of the most solid groups you’ll find in the league.

After re-signing Stephen Gostkowksi and Ryan Allen in free agency, the specialists group around long snapper Joe Cardona could remain intact for the fifth straight year — that is if Allen does not lose his spot to fifth-round rookie punter Jake Bailey, who also has experience as a kickoff specialist and could help lift some pressure off Gostkowski in this area.

The Patriots were assigned fullback Jakob Johnson through the NFL’s Pathway Program this offseason: he can practice with the team all summer long, but does not count against the 90-man limit. If he fails to make the team — which seems like the most realistic outcome given the Patriots’ employment of James Develin — Johnson will transfer to New England’s practice squad as an eleventh player.

Josh Gordon remains indefinitely suspended, but would undoubtably be a huge addition to the team if reinstated: he is the team’s most prolific wide receiver outside of Julian Edelman, and the prototypical X-receiver in New England’s scheme. Adding him to the current core of Edelman and rookie N’Keal Harry would make the Patriots’ receiving group a lot deeper — and more dangerous to defend.