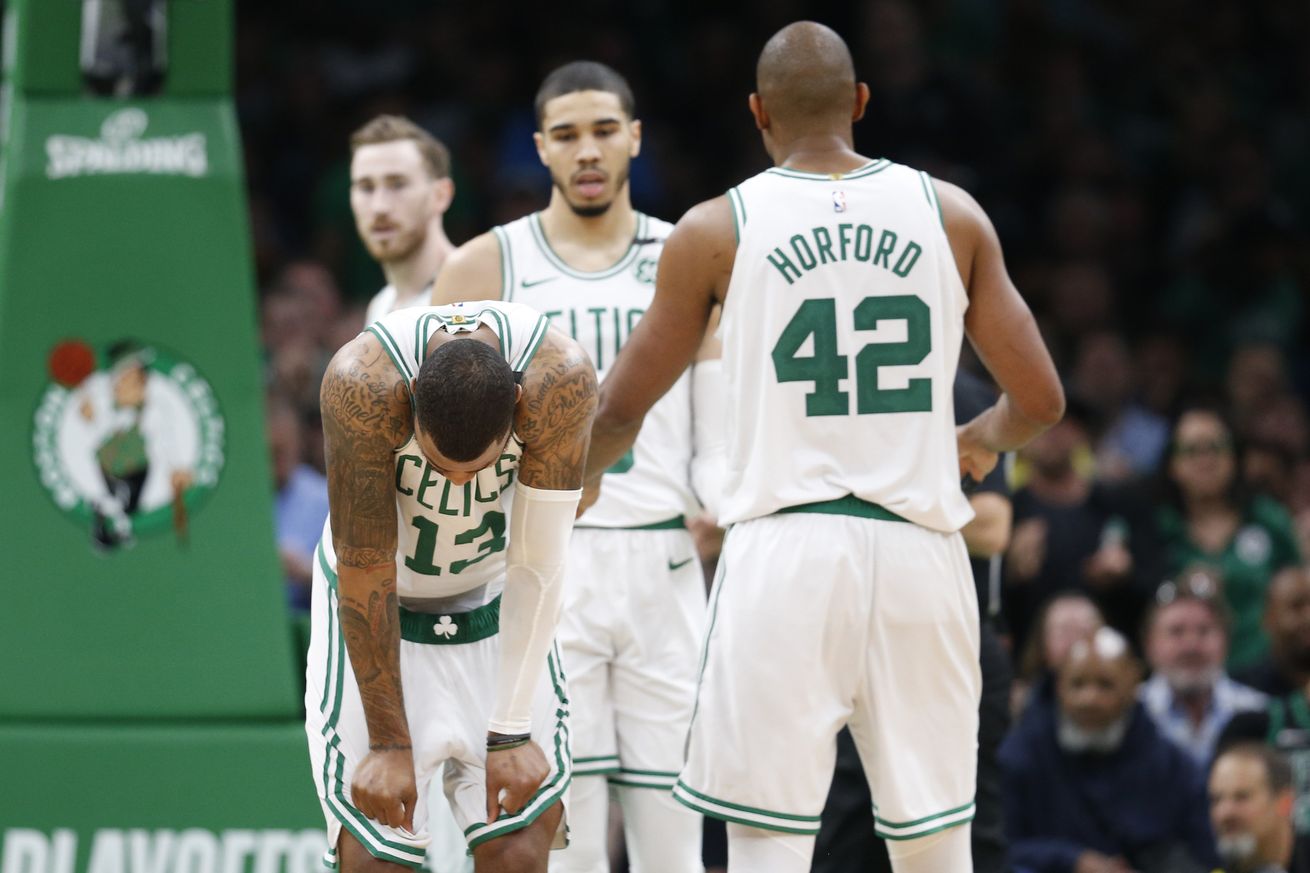 Marcus Morris criticized the Celtics for their play after a Game 4 loss.

In both games on its home floor against the Milwaukee Bucks in the Eastern Conference semifinals, the Boston Celtics have built double-digit, first-half advantages only for things to spiral out of their hands and lead to double-digit defeats and a problematic 3-1 series deficit.

It has been frustrating to say the least to watch the Bucks rise up to the moment in the second half and respond as a unit, while the Celtics seemingly wilt under any tough circumstance they face.

To their credit, the C’s gave a little fourth-quarter pushback in a 113-101 Game 4 loss by trimming a 12-point hole down to five. But when things dry up offensively so does the defensive effort, and far too often this series the C’s have taken the punches without doling any out.

“I’m sorry to say it, our offense is dictating our defense,” said Marcus Morris, who was one of the lone bright spots in Game 4 by posting a double-double of 18 points and 14 rebounds. “We’re not making shots, we’re not getting back. I feel like we’ve been pretty soft.”

After a third straight loss, Celtics coach Brad Stevens focused in on those game-changing runs by the Bucks – in Game 4 Milwaukee built a 10-point, third-quarter lead with Giannis Antetokounmpo and Khris Middleton on the bench – that the C’s can never fully generate a response to, especially by getting a stop defensively.

Now with the season on the brink, Stevens believes Game 5 Wednesday will show once again what this team is made of, but these last three games have shown plenty.

“It really boils down to these runs,” Stevens said. “You had the one the end of the third this time and then we made a nice run to get back in it and then they just answered it right back. We’re playing well for a lot of the game in the last two games and then letting go of it, especially on the defensive end of the floor.”

Stevens added: “It’s win or go home. You do the same thing you’ve been doing all along, you play the next possession to win it and that’s it. You focus on that. It takes a lot of mental fortitude, it takes a lot of mental toughness and it reveals a lot. I’m looking forward to that challenge. We don’t want to be in this position, but we are. We got to go to Milwaukee and do everything we can to give ourselves another chance to play here (TD Garden) on Friday night.”

And to force a Game 6, the C’s will have to answer, something they have lacked this series, from another ugly loss that has put them in an unfavorable spot.

“We’re at a low point right now as a group. We are. That’s the reality,” said Al Horford. “We’ll have to bring that fight come Wednesday.”

It’s cliché, but it’s always the darkest before the dawn, right? The Celtics better hope that dawn is approaching fast.