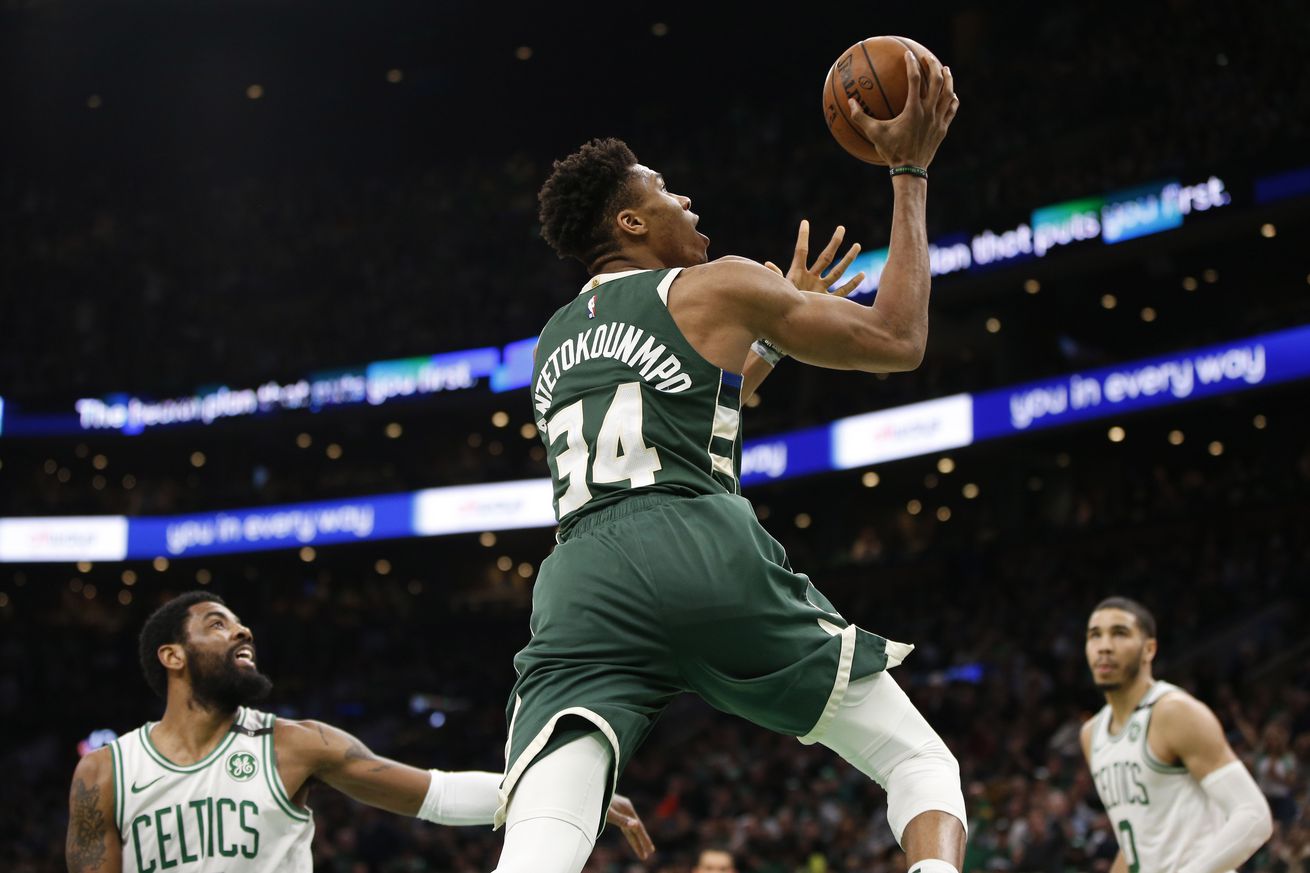 Once again, the Celtics could not find an answer defensively against Giannis and the Bucks. However, most of the mistakes were avoidable.

The Celtics went into the halftime of Monday night’s Game 4 up 49-47. They started out with the intensity they needed to have in a desperate situation down 2-1 in the series, and this urgency led them to this halftime lead. However, the next two quarters for the Celtics were once again a disaster as they played out just like Games 2 and 3.

Most would think that the defensive problems in Game 4 stemmed from the Bucks two best scorers, Giannis Antetokounmpo and Khris Middleton, but nope, these two were in foul trouble the majority of the third quarter. The Celtics had 8 minutes without Giannis and 7 minutes without Middleton and could not take advantage. It was the ideal situation for the Celtics to push a lead but nothing was ever able to develop.

Instead, the Celtics came out completely flat to start the half. This has been the recurring theme for the team, and it has been one of the biggest mysteries this series and entire season. Outside of poor shooting and a host of other issues, the team continues to slip on defense which has given Giannis the ability to put on a show and prove why he may be the league’s Most Valuable Player.

Specifically in Game 4, it was very frustrating as the Celtics continued to switch on everything no matter the player involved in the screen. The Bucks knew the Celtics would not try and fight through screens, so they started isolating the weak link on defense. For most of the night, it was Kyrie Irving.

Time and time again, the Bucks passed the ball around until they got the match up they wanted. As seen here, it was Kyrie switching off onto Giannis while Horford took Sterling Brown off the screen. Giannis was already attacking on the dribble as Kyrie did not do much to stop him at all. Giannis knew the mismatch was there. This proved to be a simple offensive scheme the Bucks were attacking when they ran their set offense.

It was the second half when the wheels came off defensively for the Celtics. It was not the switching or anything schematic. It was simply not communicating and falling asleep on how to defend the Bucks.

Once this began early in the quarter, there was no chance of taking advantage of Giannis and Middleton being off the floor for the majority of the third. The Celtics needed to first figure out the defense before any lead was being established. After missing buckets on offense, they continued to fall asleep and let the Bucks drive right down the lane by every Celtics defender. The scoring was back and forth all second-half long because they never were able to stop the quick scores in response.

This last clip below is a great example of the problems the Celtics went through all night long. George Hill easily crafted his way through Jaylen Brown and Al Horford, blowing by Horford on his way to the rim. Then, you see Kyrie not give the slightest effort on the ball as he looks to almost be directing him to the basket. Eight point game, a little under five minutes left, and this is the defense? Yes, it is only one play from the entire game, but it is times like these where the spotlight is shining brightest and the intensity needs to be turned to the max.

Ever since Game 1, the Celtics have not been able to find their rhythm on defense. They played the perfect game plan and gave hope to everyone that they could limit Giannis on offense to really compete in the series. The Bucks did not panic and knew what had worked for them this whole season. They did not really have to make big adjustments on offense. They knew either their three-point shooters would start hitting their threes or the Celtics’ defense would breakdown and let Giannis get his 39 points and 16 rebounds. That is exactly what happened in Game 4.

These defensive issues are a microcosm of the season at large. Sloppy switches, lazy defense, no communication. They are all things which we have been accustomed to during this season, and it continues to get them in trouble. Even as they showed flashes of playing like a different team, at the end of the day, it is still the same up-and-down team from all regular season long.

They are fighting for an identity which has caught up to them against a flat out better team with the MVP of the league. Yes, technically there is a chance the season continues, but the body language and mindset on the floor makes it seem like the season is already wrapped up for some players. To Game 5 we go, but it could be an early exit for this star-studded Celtics team.