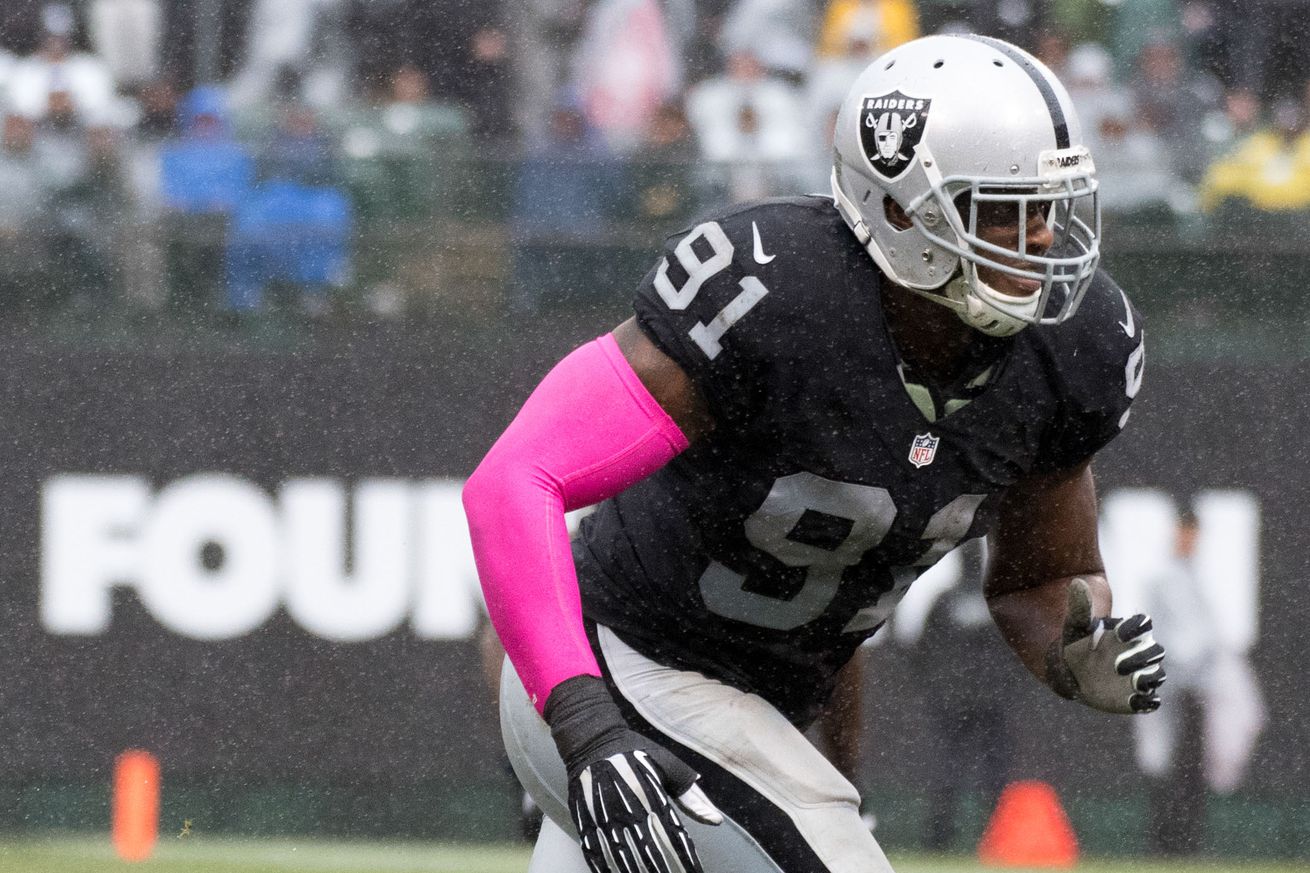 But the New England Patriots did announce the arrivals of a dozen free agents by 5:40 p.m. ET – and the defensive end by way of Michigan State and the Oakland Raiders was one of them.

Calhoun was the only one who’d previously appeared in an NFL regular-season game.

He was also the only one who’d been drafted.

Calhoun had been a three-time first-team All-Big Ten honoree and a three-time second-team All-American. He’d been a two-time team captain, as well as the conference’s defensive lineman of the year as a redshirt sophomore.

“Shilique is kind of in between a defensive end or a ‘Sam’ linebacker,” then-Raiders head coach Jack Del Rio said in his mid-draft press conference. “He’s an end-of-the-line kind of guy. He’ll have versatility in that he can play the ‘Sam’ linebacker for us or the ‘Leo’ position. He’s a very productive young man, really understands how to rush the quarterback. He’s been an All-American. He’s been a very productive guy at a good college program.”

Calhoun finished his Spartans career having played in 54 games to amass 131 tackles, including 44 for loss, and 27 sacks.

His East Lansing résumé brought along four forced fumbles and five fumble recoveries, one interception, two blocked kicks and three touchdowns. The length and movement skills were easy to see. As was the volatility of a tweener.

“Calhoun’s career could go one of two ways,” NFL.com’s Lance Zierlein wrote in his scouting report. “He’ll become more aggressive and improve his hand usage which will unlock his full potential as an NFL defensive end, or he will become a decent NFL starter who doesn’t have the upfield burst to win up the field as a pass-rusher and isn’t strong enough to hold up at the point of attack.”

Calhoun joined a Raiders attack that at the time included the likes of Khalil Mack and Bruce Irvin. He’d go on to play in 26 games across three campaigns for the organization that drafted him. But he’d be in on just 29 tackles, with three for loss, to go with seven quarterback hits and a half-sack on the Tennessee Titans’ Marcus Mariota.

There were 410 snaps on defense and 447 snaps on special teams for Calhoun as a Raider. There were glimpses tracking down running backs and slicing into quarterbacks. There were also two stints on the practice squad upon clearing waivers.

Calhoun’s stay came to an end on injured reserve this past December under new head coach Jon Gruden.

But the 27-year-old Calhoun is an interesting name in a stockpile for New England. Michael Bennett, Derek Rivers, Deatrich Wise Jr., John Simon, Chase Winovich, Trent Harris and Keionta Davis are among those currently accompanying him in the edge-rushing department.

Calhoun weighed in at 6-foot-4 and 251 pounds at the 2016 NFL Scouting Combine. There he checked in among the leaders in his position group with a 6.97-second three-cone, a 4.25-second short shuttle and a 35-inch vertical leap. And there, according to MockDraftable, Calhoun’s athletic profile proved to be an 81.9 percent match with Rosevelt Colvin, an 83.1 percent match with Rob Ninkovich and an 83.4 percent match with Jeremy Mincey.

But Calhoun is a little less under the wire than most arriving at this point in the calendar. Even if he missed the wire last Thursday.