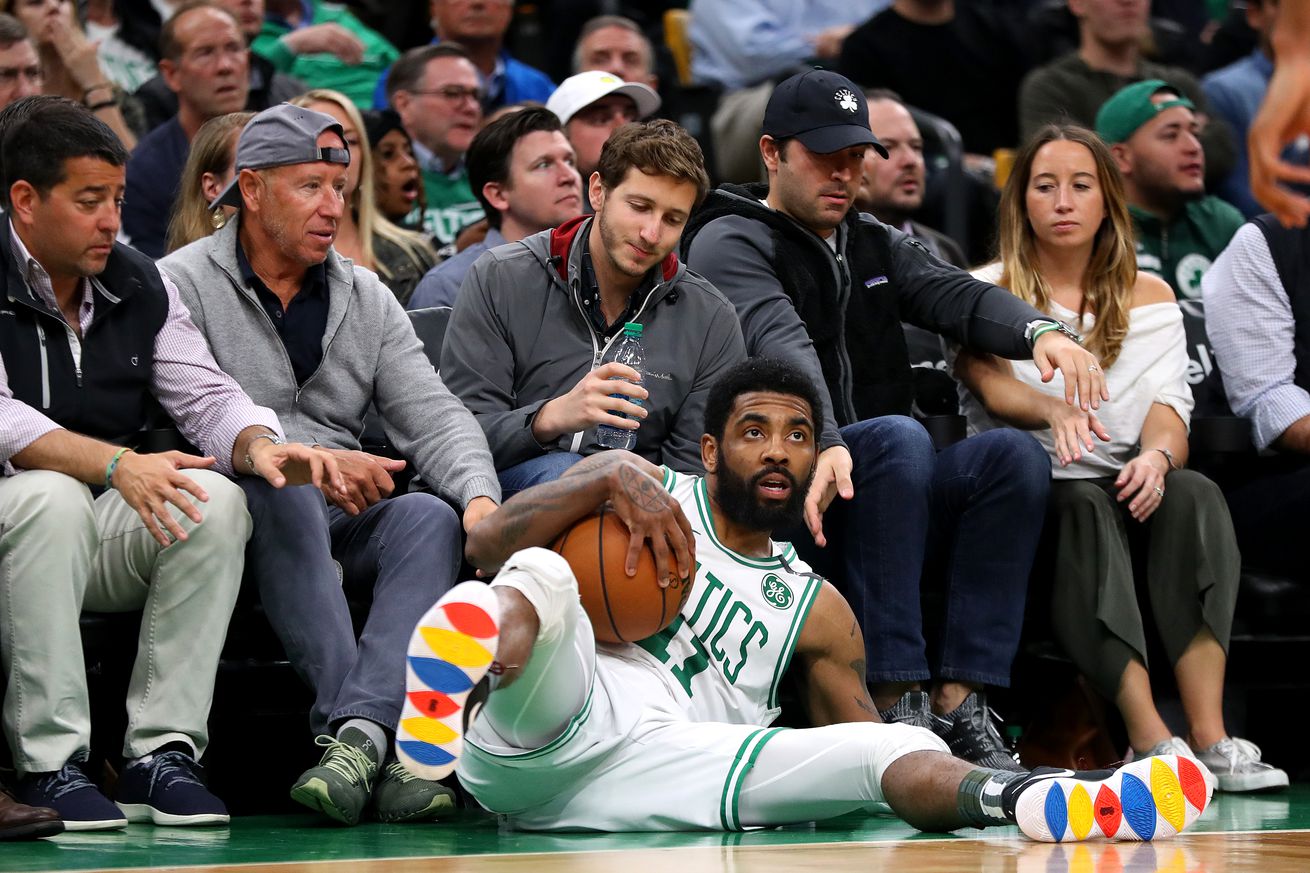 The NBA media is already working on the obituary.

The Boston Celtics have not technically been eliminated from the playoffs, but trailing 3 games to one, they are on the brink of being sent home for the summer.

Tim Bontemps describes how Kyrie’s struggles have hurt the Celtics in the past 3 games.

Over the past three games, Irving has gone 19-for-62 (31 percent) from the field. Those 43 missed field goal attempts are the most Irving has missed over a three-game stretch in the playoffs, according to ESPN Stats & Information.

Not surprisingly, Boston’s fortunes have cratered along with Irving’s faulty jumper. The Celtics won Game 1 in convincing fashion to take home court in this series — in doing so, exposing seemingly every Bucks flaw that league observers had wondered would be exploited in the playoffs. They’ve since dropped three in a row to find themselves on the brink of elimination.

Jay King says this team has been “all talk since day 1.”

The Celtics have never been shy about proclaiming their greatness, but now sit one loss away from a second-round exit and an offseason of uncertainty. It may have been the TD Garden crowd’s last chance to see the team play this season, but hardly anyone seemed crushed to say goodbye. Before Irving disappeared through the tunnel, some disgruntled Boston fans called out their desires to see him leave as a free agent. Other players were heckled too. In the uneasy night, one fan chose to look ahead to what should still be a promising future, rather than backward at the troubling season.

“Kyrie, don’t leave,” the fan urged. “Boston needs you. Don’t listen to these other stupid fans.”

Tom Westerholm sums up the disappointment of the regular season.

On paper, there was every reason in the world to believe in this team, and to believe 10 games, 20 games, 30 games into the season that a switch would at some point be flipped.

But it never flipped. The Celtics should have been a juggernaut, but instead, Irving chafed at his younger teammates and the difficult leadership task he voluntarily shouldered. Hayward needed 65 games to start looking like himself, and when the playoffs got tough, he still didn’t look ready. Jaylen Brown and Jayson Tatum seemed to pass good games back and forth, and they never seemed to share those good games with Terry Rozier. The individual struggles made up a frustrating whole — a group with plenty of talent which simply wasn’t that good at playing basketball together.

A. Sherrod Blakely indicates that a key 3rd quarter stretch with Giannis on the bench with foul trouble was a fitting summary for the season.

“That was a moment there when we could have capitalized a little more and we didn’t for whatever reason,” said Boston’s Al Horford. “I just, I didn’t feel like … I’ll have to look at the film but I just didn’t feel like we really exploited, or played the way we wanted to play. We did it at times, but we didn’t do it enough, especially during those stretches.”

And that last statement on so many levels sums up the kind of season this has been for the Celtics, one whose narrative had such promise but appears to be closing in on its denouement that’s looking highly unlikely of having the happy ending these Celtics thought would come to fruition once the playoffs arrived.