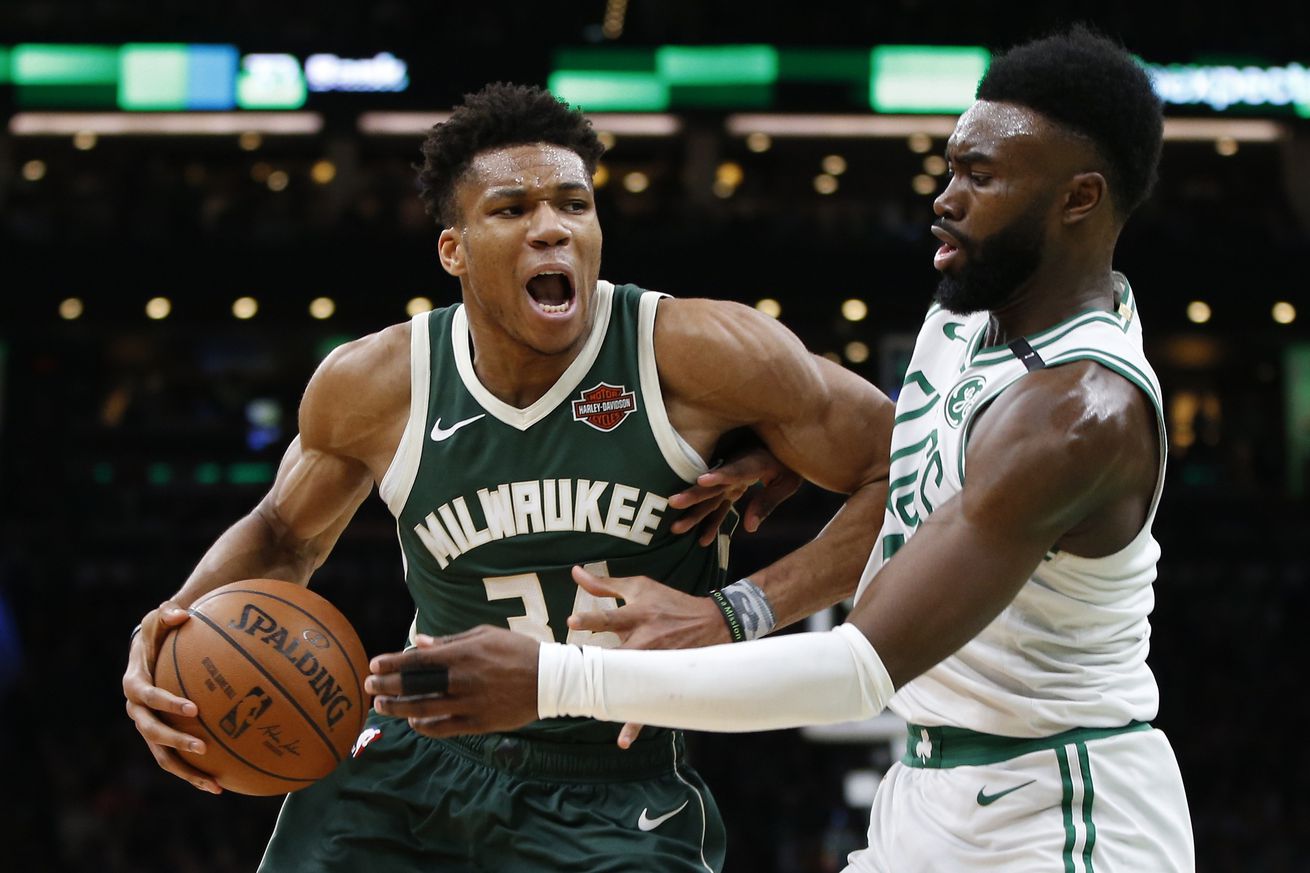 With their backs against the wall, the Boston Celtics must win tonight to keep their season alive.

Welp, it is a win-or-go home situation tonight for the Boston Celtics. They are down 3-1 with no more room for error as the series heads back to Milwaukee. A loss tonight will be the end of the season which started with such high hopes. After Monday night’s Game 4, there did not seem to be much fight left in this team. They will have to channel everything they have to extend this season past tonight.

Game 4 was once again a defensive struggle in containing Giannis Antetokounmpo. The Celtics have not been able to harness that success from Game 1 when they executed the perfect game plan and limited Giannis on the score sheet. Monday night he finished with 39 points and 16 rebounds. This was with him sitting most of the third quarter with foul trouble. He was able to get to the rim and either get fouled or finish with a layup. This will be the same focus of Game 5 if the Celtics have any shot to win this game.

As stated by Kyrie Irving post-game, the Celtics’ defense suffers immensely when their offense falls flat and they start missing shots. When the shots aren’t falling, the team just turns off the intensity on the defensive end. It can’t be explained and does not seemed to be addressed. We saw this all year long with the roller coaster ride of the season, and it has bled into these playoffs against the best defensive team in the league.

The only way this team can focus and steal Game 5 is if they stick to their offense of making the extra pass for a better shot attempt. They have fallen into hero ball too many times, and it has destroyed the chances in these games for the Celtics. Game 5 will be the test of when it is the darkest hour for the team, can they rally behind that and force a Game 6.

The keys offensively will be to continue the rhythm and flow they establish early. Each game has been close going into halftime. Only then, in the third quarters, have the Celtics collapsed and turned into a shell of their best self. Specifically, look for the Celtics to feature Al Horford in the offense more tonight. He has been highlighted on defense guarding Giannis, but he will take this opportunity to be the veteran leader and impact the game on both sides.

As mentioned, the main focus will be defensively against this Bucks team. They will most likely not be adjusting too many things with their offense. Why should they? The Bucks have gotten the exact performances they have wanted for the past three games.

For the Celtics, they should try and adjust to the Bucks seeking out Kyrie on any screen action. They know that the Celtics are switching everything so why not get a Giannis-Kyrie matchup to exploit. For Game 5, the Celtics need to fight through the screens or see the screen coming to avoid the mismatch. It won’t be easy, but anything to make Giannis as uncomfortable as possible.

The injury report will be a bit shorter than normal as the Celtics go into this game with a clean bill of health. Marcus Smart returned from injury last game and made an impact at least in terms of the crowd noise. The TD Garden faithful were waiting to explode when Smart checked into the game. Unfortunately, he got a bit of the hero ball attitude and went 1-7 from the field. Defensively, however, he made a big difference pairing up against Khris Middleton. It is an important for the Celtics that Marcus Smart is back in the lineup.

It was huge news earlier today for the Bucks of Malcolm Brogdon being cleared to play in tonight’s game. They had missed him all playoffs and will most likely be inserted into the lineup for Game 5. He was a 50-40-90 guy during the whole regular season and will give the Bucks a more consistent option on offense than Sterling Brown or Pat Connaughton, who has actually been a solid bench option for the Bucks this series. Malcolm Brogdon will be a massive lift to the Bucks starting lineup for Game 5.

This game will be it for the Celtics if they don’t kick it into gear. It is put up or shut up time. The Celtics must prove to everyone that they are not the disappointment many are labeling them as after this series. Yes, the Bucks are a very, very good team, but with the talent the Celtics have, they still should be able to compete in this series. It did not look promising after seeing the body language of Game 4, however, if they can just push it to a Game 6 back in Boston anything can happen. Celtics fans and media alike must keep the faith alive and see what happens going into tonight’s game. This is the time for this team to prove who they really are.