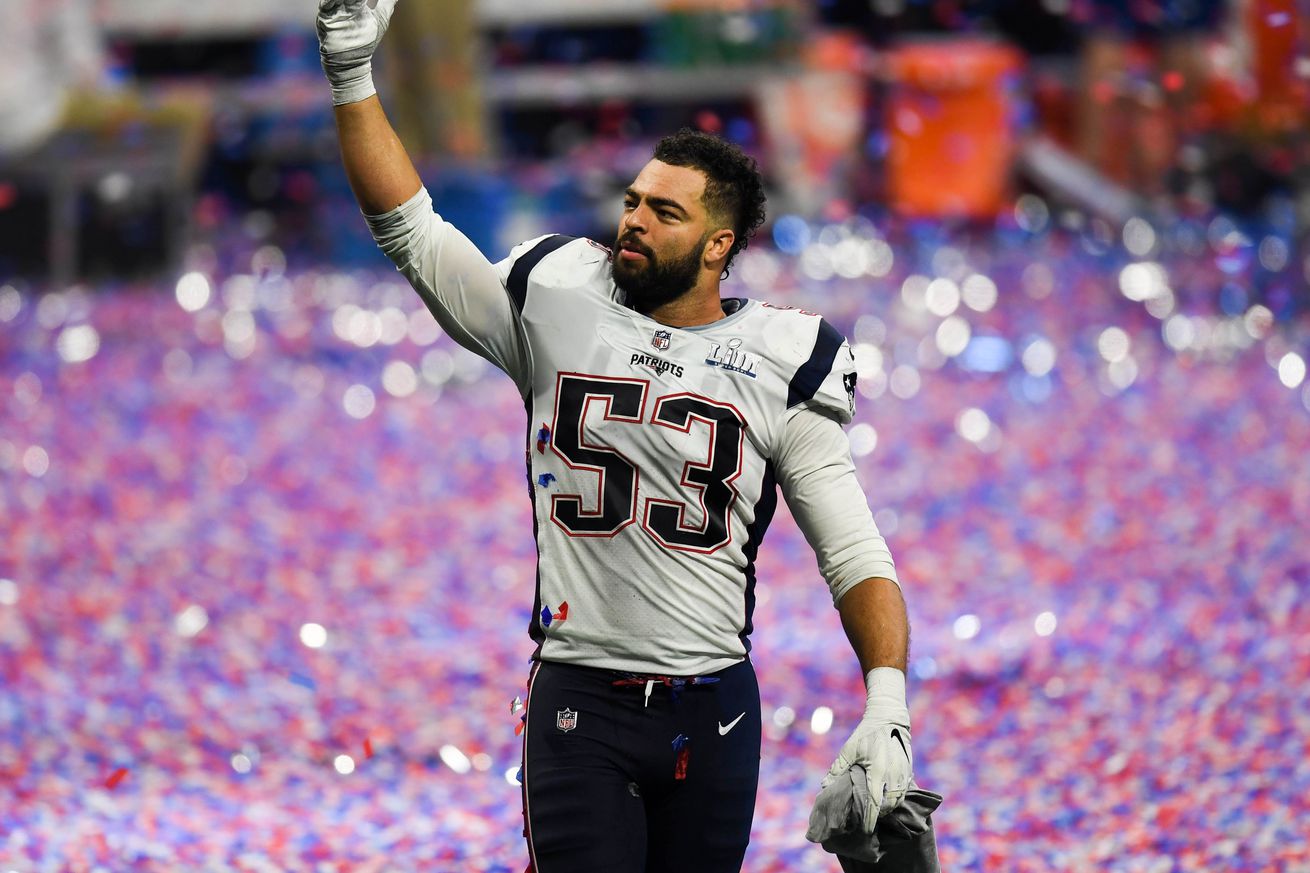 The New England Patriots are no strangers to seeing their season extend into February: 2018 was the third straight year — and fourth in the last five — that saw the Patriots advance all the way to the Super Bowl. Three months removed from ending their season in the best possible fashion, but later than 30 other teams, the world champions are back at work: the 2019 campaign and its offseason workout program are already in full swing.

“We’re used to it by now, to have a little shorter break,” said linebacker Kyle Van Noy about the Patriots’ workout rhythm following another playoff run. Van Noy spoke to reporters yesterday about getting the necessary work in at this time of the year and laying the foundation for the next challenge ahead: becoming the first team to defend its title since the Patriots did it after their victory in Super Bowl 38, fifteen years ago.

Van Noy is one of the most experienced players on a New England defense that is coming off a Super Bowl performance for the ages. However, he is quick to point out that the team is aware that the page needs to be turned to a new season rather quickly. “We’re definitely not satisfied,” he said. “If you guys saw how we’re working right now you’d be pretty impressed with the grit and the tenacity we’re showing this offseason already.”

“We have a lot of guys here that are motivated for greatness — not just with the coach but with the players,” the 28-year-old continued. “In every room you have a veteran like a [Devin] McCourty and a [Patrick] Chung and a [Dont’a] Hightower. Those guys are motivated, and so are the young guys: the young guys are ready to prove they can play, that goes offensively and defensively. And you got veteran guys that hold that standard and they do a really good job.”

One of the veteran guys is Van Noy himself: in his third offseason with the Patriots since they acquired him via trade from the Detroit Lions, he knows the routine and what needs to be done to properly prepare for the grind that lies ahead. “I had the time of my life [after the Patriots’ Super Bowl win], but now I’m focused already on another season and I want to win again,” he said when speaking about looking forward at this point in time.

For him personally, this means following the Patriots’ old mantra: do your job — something Van Noy has done ever since his arrival in New England. It has allowed him to become a versatile mainstay of the Patriots defense, and playmaker at the linebacker position. “At the end of the day, I’m just trying to win and do my part and do whatever is asked. Whether it’s to rush, cover, do it all: just help out the defense the best as possible,” he noted.

Of course, the time away from football following the Super Bowl certainly helped the defense as well as it sets its sights on the 2019 season. “I think everyone is rejuvenated,” said Van Noy. “We’re ready for a new challenge.”