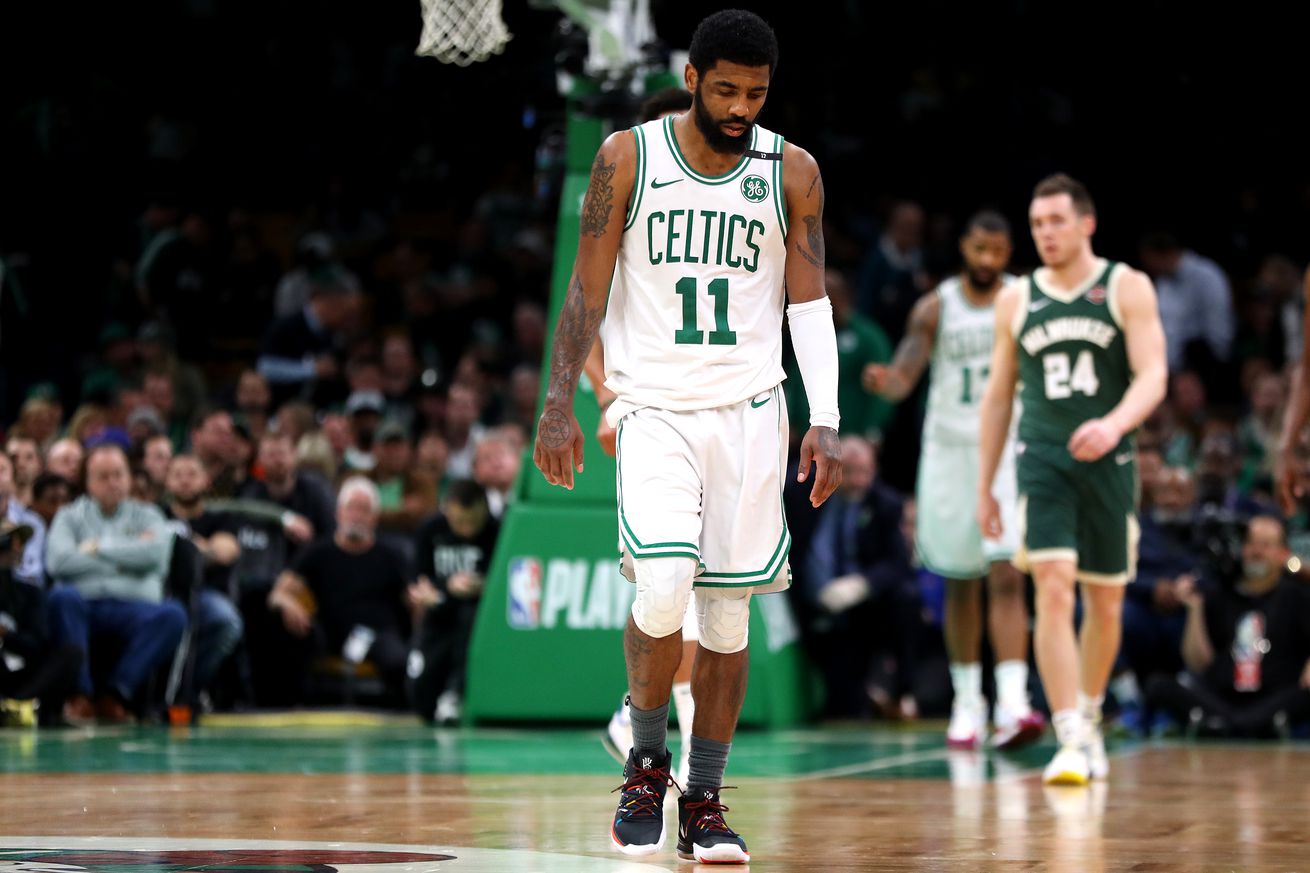 The Celtics haven’t been eliminated from the playoffs yet. I just feels that way.

The Boston Celtics haven’t been eliminated from the NBA Playoffs …yet. It just feels that way after 3 straight losses that weren’t particularly close.

Hats off to the Milwaukee Bucks by the way. The team with the best record in basketball that features the likely MVP of the league should probably take care of business against a four seed that has been in various states of turmoil for the entire year. But they did their job after getting smacked in the mouth in game 1.

The Celtics have boatloads of potential and talent but haven’t been able to put it together for any sustained amount of time. It would be very on-brand of them to pull out two big victories only to completely mail in game seven. I’ve already got a Kyrie Irving “what-will-he-do?” article lined up but I’m hesitant to drop it before seeing how this series finishes out.

There’s lots of stuff that I’m hoping for. I’m hoping that Irving can redeem himself somewhat so that fans don’t have a complete meltdown over the next couple of months. I hope that Gordon Hayward can contribute more than your average solid role player. I hope that Tatum can hit a few shots besides those step in long 2’s. I hope that Khris Middleton misses consecutive shots.

But I don’t know what is going to happen. The maddeningly inconsistent team that this is could turn in any performance tonight and I won’t blink either way. I don’t want the season to end in part because I’m not emotionally ready for things like the draft (the Lottery is less than a week away!) and free agency. I know a lot of people are ready to drive Irving and Rozier and half the team to the airport but I’m not quite there yet.

So here I go, ready to give my best Bluto speech from the end of Animal House.

Hey! What’s this lying around stuff?

Over? Did you say “over”? Nothing is over until we decide it is! Was it over when Rick Pitino bombed the draft? Heck no!

And it ain’t over now. ‘Cause when the goin’ gets tough…

[runs out of the room yelling – nobody else moves]