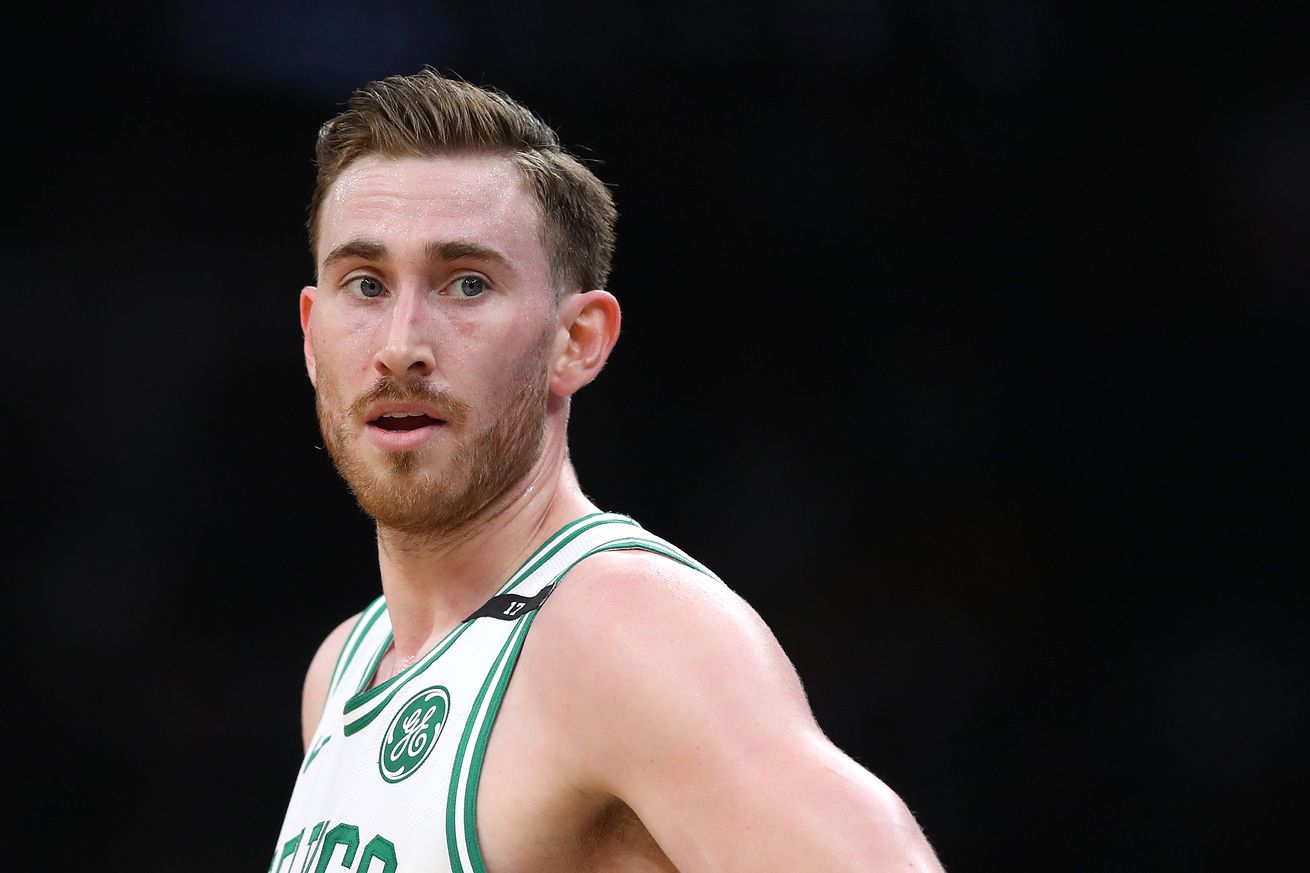 After an encouraging first round, Hayward has been all but invisible against the Milwaukee Bucks

The Celtics’ second-round struggles against Milwaukee have been a more or less perfect microcosm of their disappointing regular season, from their dizzying highs (Game 1’s 22-point triumph on the road) to their frustrating lows (just about everything else). Now, once again, they find themselves in a hole of their own making, a 3-1 series deficit with their season hanging in the balance.

Among the familiar struggles the team has faced in the past week has been the latest slump from Gordon Hayward, whose second round malaise continued Monday night with a two-point performance on 1-of-5 shooting from the field across 26 minutes. Hayward’s disappearing act has coincided neatly with the team’s collapse in the series. He’s shot just 4-of-18 combined in the team’s three consecutive losses, and the Celtics have been outscored by 49 points in his 89 minutes over that span of time.

The nadir of this stretch came at the very beginning: in 30 minutes in Game 2, Hayward made just one of his five shot attempts, grabbed no rebounds and dished just three assists while turning the ball over once and fouling three times. It would be difficult to be less extant on the court than Hayward was.

The most striking thing about this recent slump is how much less confidence Hayward appears have in his ability to attack the paint. This was a trend we saw early in the year, when he was still finding his footing in his return from last season’s ankle injury: Hayward would either attack the paint too meekly or not look to shoot at all, instead kicking it out to a shooter as soon as he made any penetration.

Against the Bucks, both problems have returned in spades.

This comes as a surprise because, while Hayward is still undergoing rehab on the ankle in question, he’s looked substantially more spry in recent weeks. Contrast this — from just two weeks ago against Indiana — to the clips above.

It doesn’t help matters that his jumper has more or less completely abandoned him at this point.

As a defender, Hayward has been slightly more palatable, but still inconsistent. As the Boston defense goes, so does he; he’s been active and engaged for stretches where the Celtics have flustered the Milwaukee offense, but he’s been just as prone to agonizing mental lapses as anybody on the team, especially during their miserable second halves.

Notably, Hayward has been worryingly bad at the point of attack, struggling to contain his man off the dribble. Though he recovers to pick up the block here, it shouldn’t be so easy for Connaughton to get past him.

There was a point, after his stellar Game 4 against Indiana and his solid Game 1 against Milwaukee, where you could have reasonably argued that Hayward was the best bench player in the Eastern Conference Playoffs. Factor in his three-game slump, though, and suddenly, he’s not even the best wing player on the bench in the series. In fact, that honor likely belongs to Hayward’s Milwaukee counterpart, Pat Connaughton.

Pressed into service late in the regular season in the wake of Malcolm Brogdon’s injury, Connaughton’s performance in the semifinals has been something of a mirror image to Hayward’s — a disastrous Game 1, followed by three valuable performances to solidify the Bucks’ widening bench advantage. Connaughton is outshooting Hayward 48% to 42% in terms of effective field goal percentage, and he’s grabbing a surprising 25% of Milwaukee’s rebounds when he’s on the floor. The 26-year-old journeyman has unquestionably had the upper hand on the 28-year-old former All-Star, an equation that does not work out in Boston’s favor.

Hayward’s backslide is especially disappointing in relation to how he ended the regular season. Yes, he’s still rehabbing from a catastrophic injury, and yes, there were always going to be continued set-backs. Still, it seemed like he was finally starting to turn the corner, shooting better than 50% from the field in each of his last seven regular season games. His 20-point performance in the clincher against Indiana feels much further away than just two weeks ago.

A lot needs to go right for the Celtics to pull off their improbable comeback. Kyrie Irving hasn’t lived up to his billing as an accomplished postseason player, Jayson Tatum seemingly hasn’t hit a shot in four games and as a whole, the team has struggled through frustrating lapses on both ends of the court. Still, perhaps nothing outweighs the need for an improved Gordon Hayward. The Celtics just can’t pull this off without him.