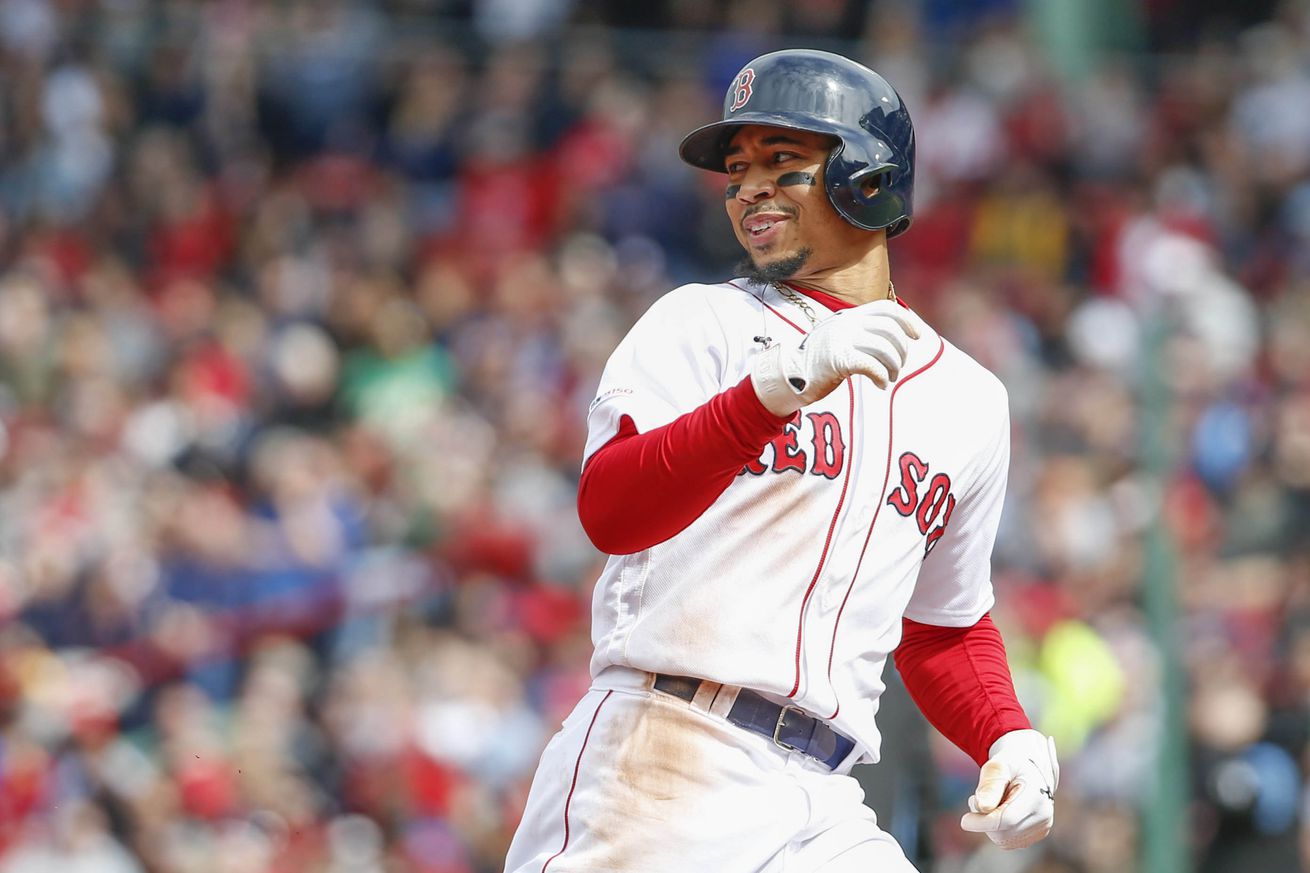 Optimism has not been easy to come by so far this season. For most of the year things have been frustrating, depressing and a little perplexing, but I’m still nowhere near ready to do anything that even closely resembles giving up on almost the same Red Sox roster that is just seven months removed from winning a championship.

We were a little spoiled with a 17-2 start one year ago that led to 112 more wins and that monstrosity of a World Series ring, so the 6-13 start to this season felt like a bit of a gut punch. Even with two starting pitchers on the injured list, what felt like one of if not the worst months of Chris Sale’s career, and a slow start for what we know to be a potent offense, I have managed to mix in a little optimism, but only because I know that things simply couldn’t stay as bad as they were a few weeks ago.

I took a quick look back at the first 30 games in 2018 and convinced myself that we still have nothing to worry about.

If you think watching Sale pitch has been frustrating for you, imagine how he feels

Through seven starts in 2018, the 30-year-old looked dominant when you compare it to how he started this year. He had a 2.14 ERA through seven starts with 42.0 innings pitched, 51 strikeouts, a .204 batting average against and .342 slugging percentage against. In 2019, he has a 5.25 ERA, has given up 21 earned runs in 36.0 innings pitched, collected 42 strikeouts, posted a .254 BAA, .493 slugging percentage against and .815 OPS against. Unless he is actually injured (which I’m still not buying), I can’t fathom him continuing on this trajectory for an entire season. His last start (6.0 IP, 3 H, 10 K, 1 BB, 0 R) shows that he’s at least starting to figure something out and still has that old Chris Sale in him.

And to touch on this injury theory a little bit, why would the Sox let Sale continue pitching if he was actually injured? He is about 45 days into a five-year contract. There is simply no logical explanation for why the Sox would allow him to continue pitching through an injury when he just committed five more years to the team. Sale is not hurt. He’s just getting older and attempting to find different ways to help his team get 27 outs every five days.

Mookie Betts is going to keep getting better and better

To absolutely no one’s surprise, Betts has already started to break out of his slump. Since April 19, he is slashing .387 / .480 / .629 with 24 hits in 75 plate appearances and a .404 BABIP. The lack of success he had to start this season was simply not sustainable for a guy like Betts and he is already starting to prove that theory true.

Jackie Bradley Jr. has been bad but how much worse can it get?

I don’t want to jinx it because we all know that it probably could get worse, but this level of stink is difficult to maintain, even for someone as streaky as JBJ. He was absolutely brutal to watch through the first 30 games of the year with a slash line of .148 / .224 / .182 and 30 strikeouts in 99 plate appearances. Yup, that’s a strikeout rate north of 30 percent, which was 12th-worst in Major League Baseball in April.

Remember, it’s a marathon, not a sprint. The struggles some of these guys have had to start the year are just not sustainable (and I mean that in a good way). The offense has showed signs of life lately, but the key will be consistency. Scoring 34 runs in four days against the White Sox means next to nothing if you can only manage three hits and a sacrifice fly against a guy named John Means a few days later. I am still confident that the Red Sox can make something of this season and it’s going to take at least a handful more bad losses for me to change my mind, but only because I can’t imagine things getting much worse.

Over The Monster https://www.overthemonster.com/2019/5/8/18536097/there-are-many-reasons-why-im-not-ready-to-give-up-on-the-red-sox
Categories: Sports