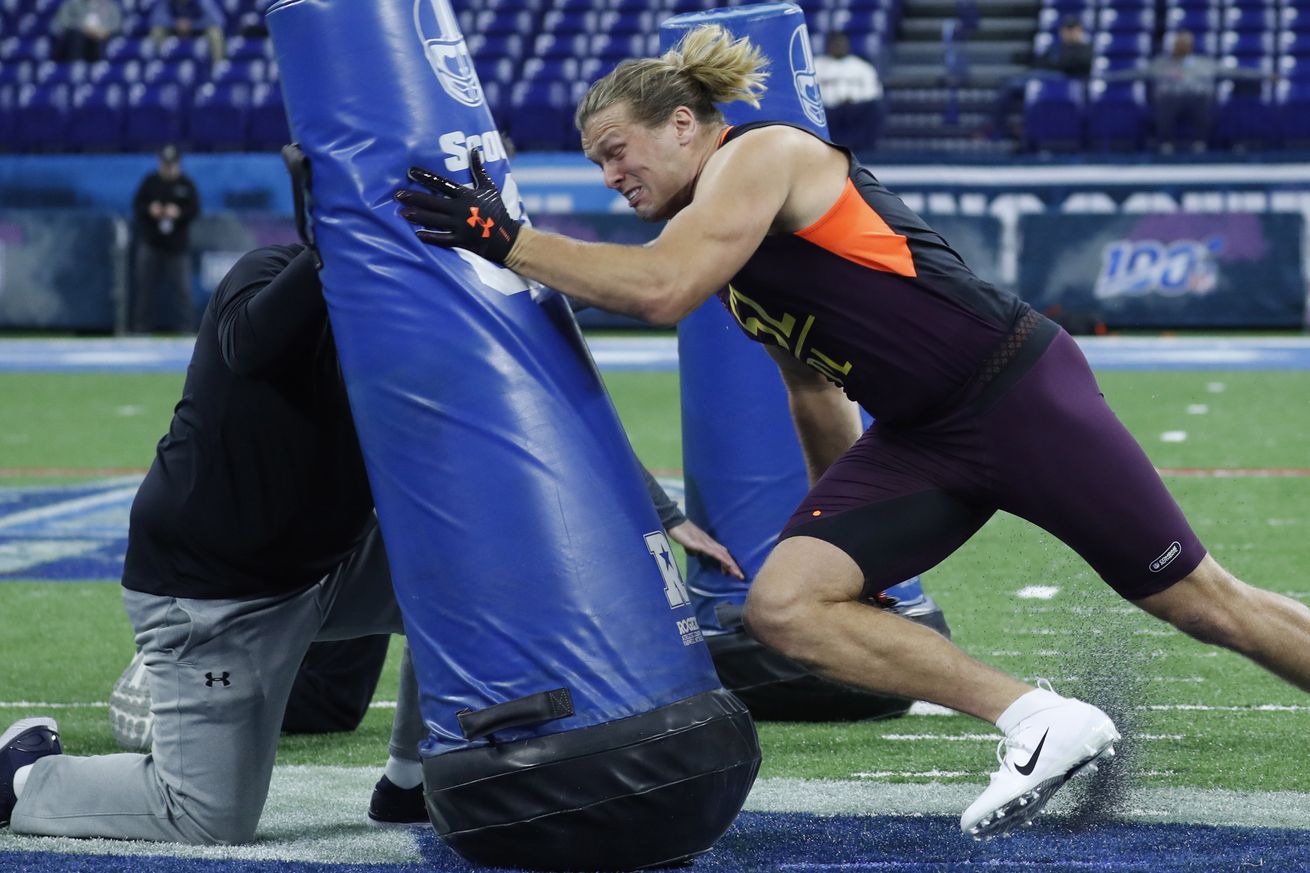 Related: One analyst thinks the Patriots got the steal of the draft, but it’s probably not who you think

If there is one core principle at the heart of every New England Patriots business decision, it is the search for value. Whether in free agency, on the trade market, or in the draft, Bill Belichick and company are always looking to get the best value out of a transaction or player acquisition. 2019’s version of the draft is as good an example for that as you’ll find: the Patriots moved up and down the board in search of the best value.

But even when they stayed put, they found it — at least that is the conclusion of ESPN draft analyst Todd McShay, who recently wrote about each team’s best value selection. In New England’s case, McShay identified third-round selection Chase Winovich as a pick worthy of this classification. The Patriots chose Winovich with the 77th overall pick, roughly 33 spots lower than the general consensus had him ranked.

“Edge rushing was a huge area of need for the them as they reshuffle their front seven,” wrote McShay about New England drafting the Michigan product. “Winovich produces. He’s a technician with great hands and good speed, and he’s going to give you plenty of effort. I like his array of pass-rush moves and his instincts. Stop me if you’ve heard this before, but New England got an underrated prospect who could end up being an effective contributor.”

“Defensive end is relatively thin, so expect him to see plenty of snaps as Bill Belichick evaluates what he has. As my No. 44 prospect, Winovich recorded 35 tackles-for-loss over the past two seasons,” continued McShay. The 24-year-old will likely get to show his abilities — and by extension value — right away: he is projected to become an integral member of an edge rotation that also includes Deatrich Wise Jr. and trade acquisition Michael Bennett.

What should help the rookie earn regular practice snaps and playing time is his versatile skill set: Winovich was a strong edge-setter in the running game in college, but was also productive against the pass. Even though his athletic ceiling may be limited and his relative lack of explosiveness might hurt him against NFL-caliber offensive tackles, he has the foundation a Belichick-coached team is looking for in its edge defensive linemen.

In the end, McShay’s evaluation of the pick therefore has the potential to turn out to be accurate further down the line, and Winovich indeed into a high-value selection. If the Patriots and the defender are able to harness his strengths and form him into a Patriot-esque edge defender, he could very well turn into New England’s biggest steal of the draft.