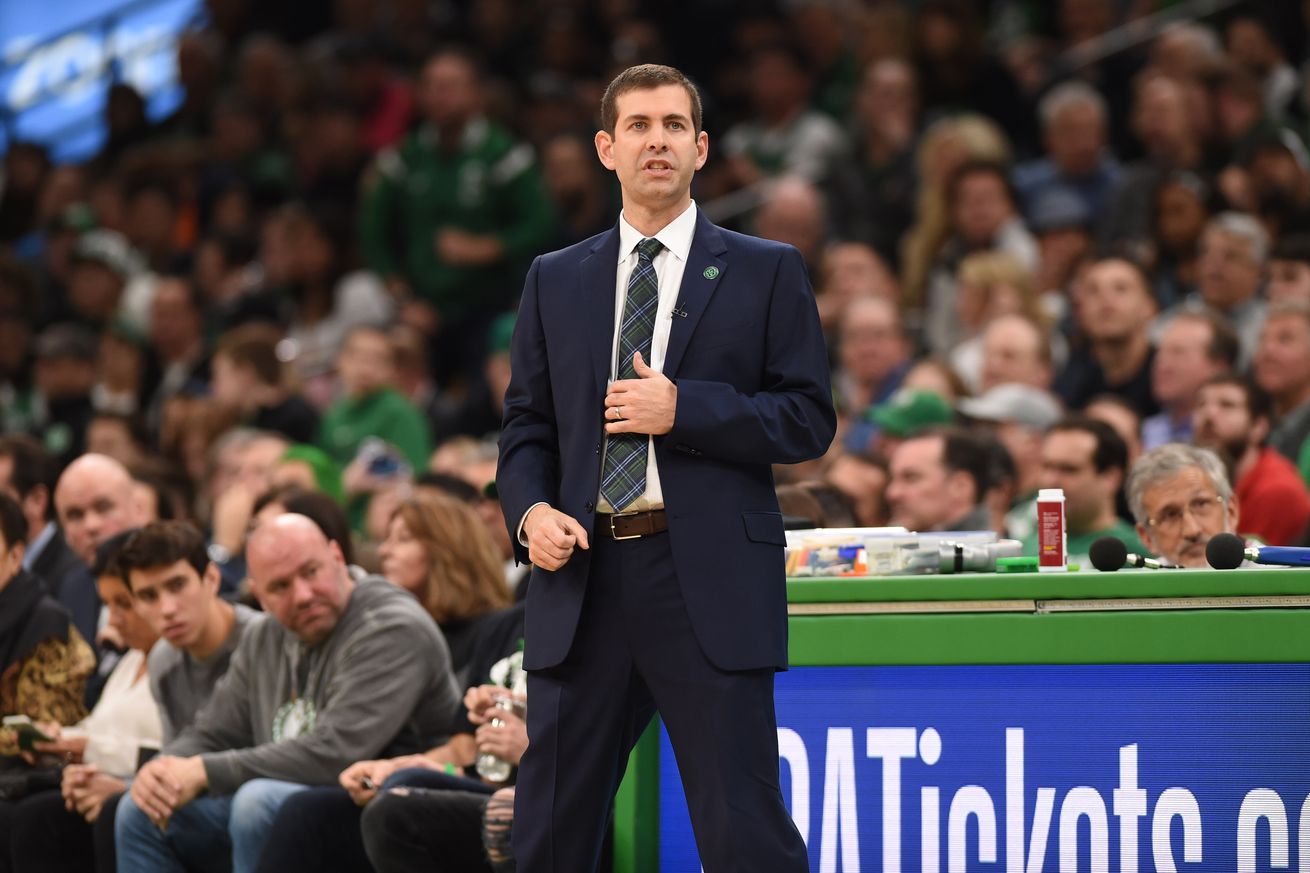 Brad Stevens said he did a bad job coaching as the Celtics season ended unceremoniously.

There’s plenty of the blame pie to go around with how the season went for the Boston Celtics, and certainly how it ended.

While he isn’t the most at fault, Celtics coach Brad Stevens deserves a slice of that blame and he took his helping following the team’s pitiful performance that ended the C’s season with a 116-91 loss to the Milwaukee Bucks in Game 5 of the Eastern Conference semifinals.

It was evident throughout the season and in the series versus the Bucks that Stevens couldn’t get the collection of talent assembled to coalesce and play how he had envisioned. The fight, heart, and max effort on every single night that has been a signature of the teams Stevens has coached even dating back to his time at Butler, was nowhere to be found this season and it ultimately cost the Celtics.

“That’s probably the part that eats at me the most,” said Stevens of not being able to get the determination out of this group. “I’ve been a head coach for 12 years and we let go of the rope more and cracked more than we probably should have. We need to be better than that. … As far as any other year that I’ve been a head coach, it’s certainly been the most trying. I did a bad job. At the end of the day as a coach, if you’re team doesn’t find its best fit together, that’s on you.”

The expectations to start this season couldn’t have been any higher as the C’s came within one game of reaching the NBA Finals a year ago without Kyrie Irving and Gordon Hayward.

With Irving and Hayward back in the mix to join emerging young players in Jayson Tatum and Jaylen Brown along with a talented big-man Al Horford, the C’s were the odds-on favorite to win the Eastern Conference, but they reverted while battling the ups and downs that ensued over the course of the season.

“I understand that we didn’t meet the outside expectations,” Stevens said. “We really rode a roller coaster a lot of the year. It was difficult. I told the guys in there, I did think they showed a lot of character at a lot of different times to keep coming back and to stay together. I’ve said from the get-go, this team in the locker room when they’re all together is great. We just couldn’t find it playing together as well as we had hoped.”

Translation: This team was good on paper. Not on the court.

And the team’s play reared its ugly head in the Bucks series after winning five straight games to open the playoffs. The Celtics lost all four games by double digits, each defeat more discouraging than the previous.

It added up to the shellacking the C’s took in Game 5, where they held just one lead the entire night — coming in the first quarter — for a mere nine seconds.

“(The Bucks) are better than we are and they earned that,” Stevens said. “It was clear throughout a five-game series.”

Stevens added: “As more shots get missed, as we turned it over, as we made mistakes at the rim and they flew out on us, at that point, they just kept hammering at the rock until it cracked and we cracked.”

The best plays as the Bucks close out the series (4-1) at home!!#FearTheDeer pic.twitter.com/RCfkYefRGg

With any season ending, it gives time to reflect on what happened while simultaneously looking at the future. The Celtics certainly had some good in its season, but mostly had the bad and the ugly.

For Stevens, he turns into teacher mode now with no summer vacation, hoping that this tumultuous experience serves the Celtics well going forward.