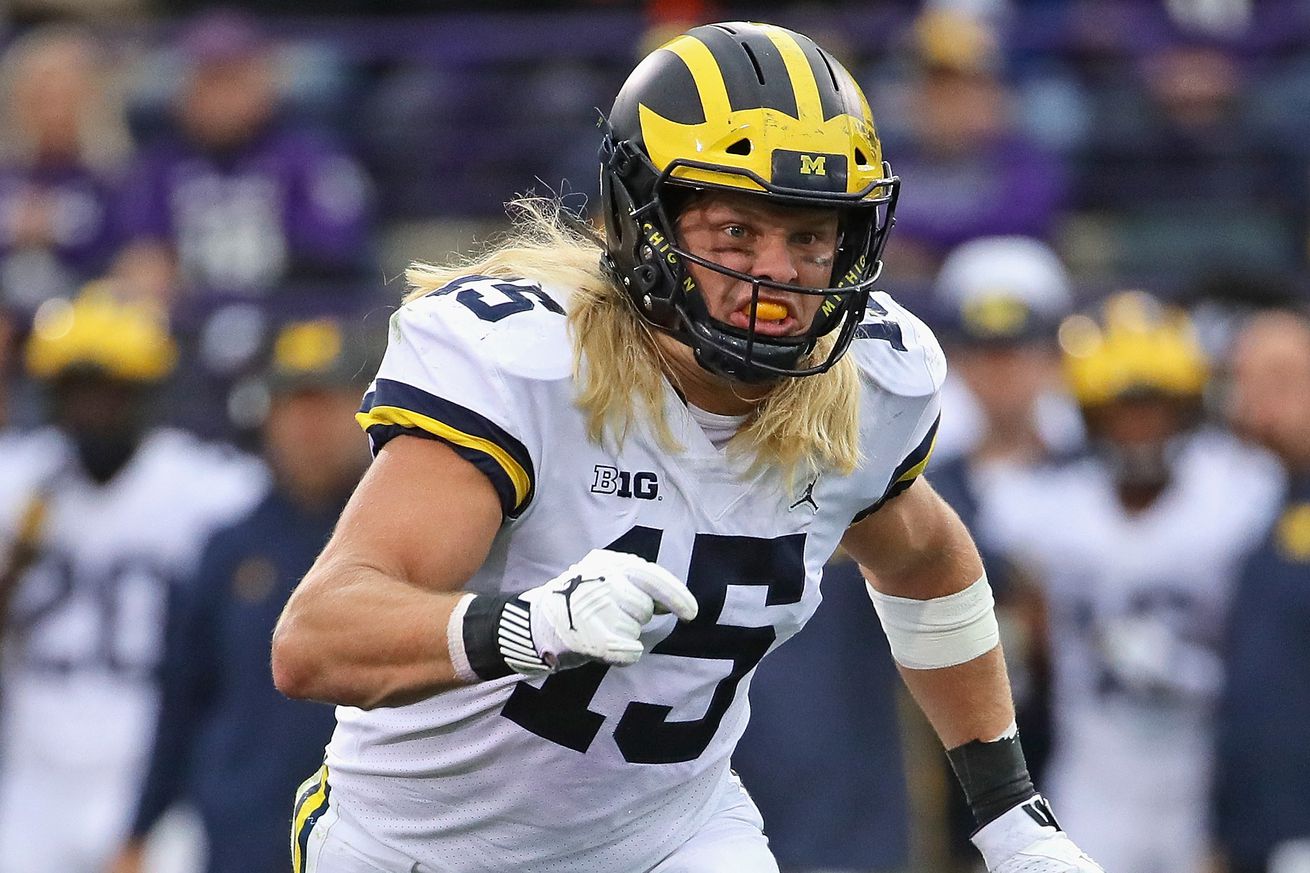 Every football player is preparing differently to get himself in shape. Tom Brady, for example, has his TB12 method — basically a mix of not drinking coffee, not eating strawberries, and staying pliable throughout the entire process. Then there is New England Patriots third-round draft selection Chase Winovich, who has his very own workout routine to turn himself into a better player as he is turning pro.

“I’ve done some work in a variety of things,” he said during an introductory conference call shortly after the Patriots made him the 77th overall selection in April’s draft. “I’m currently involved in some yoga, and just trying to expand my horizons in terms of bodily movement. There’s a lot to be learned and I’m looking forward to the opportunity to be a full time pro, where I have the resources to really expand my abilities and how my body moves.”

Yoga is only one part of Winovich’s workouts, though. The Michigan product has also experimented with ballet while he was still in college in order to improve his agility and balance. He took around 20 lessons with a private instructor, Winovich told the Dayton Daily News’ Stephen Pianovich back in 2017. The reasoning behind the unconventional training is a simply one, according to the man himself: he just wants to get better.

“I’m willing to do what other people aren’t. Maybe they’re embarrassed or don’t have the resources,” Winovich said in the midst of his 8.5-sack 2017 campaign when talking about his ballet lessons. When he was still playing for the Wolverines, the process included ballet. Most recently it included yoga and martial arts — something the 24-year-old also talked about when first speaking to the New England media.

“It has definitely helped me,” said Winovich about his rather exotic mix of workout routines between yoga and martial arts. “It’s a work in progress. I think there’s a lot of people who can get complacent. I like to not be one of those people. I’m always trying to be a better version of myself. I never want to peak. I just want to keep getting better and keep working on the little things, because it really is in the details.”

Paying attention to details is already a very Patriot-esque approach to the game and the preparations for playing it. And the topic of martial arts is certainly one that also has come up in New England before: last year, the team hired veteran instructor and Taekwondo black belt Joe Kim to serve as a pass rushing consultant. Moving forward, Kim will also work with Winovich to further improve his pass rushing moves and hand technique.

“Yes, I’ve heard of him. Unfortunately, I have not met him, but I’m looking forward to the opportunity to meet him.” said the rookie when asked about whether he has any familiarity with Kim. Winovich will get to know Kim soon enough — the Patriots’ rookie minicamp is taking place this week and it would not be surprising to see Kim involved at least in some capacity as well — and have more chances to continue his growth as a player.

“In my eyes, I’m just getting started,” he said. “It’s a long journey and I’m just trying to work hard every day and take things one step at a time.”