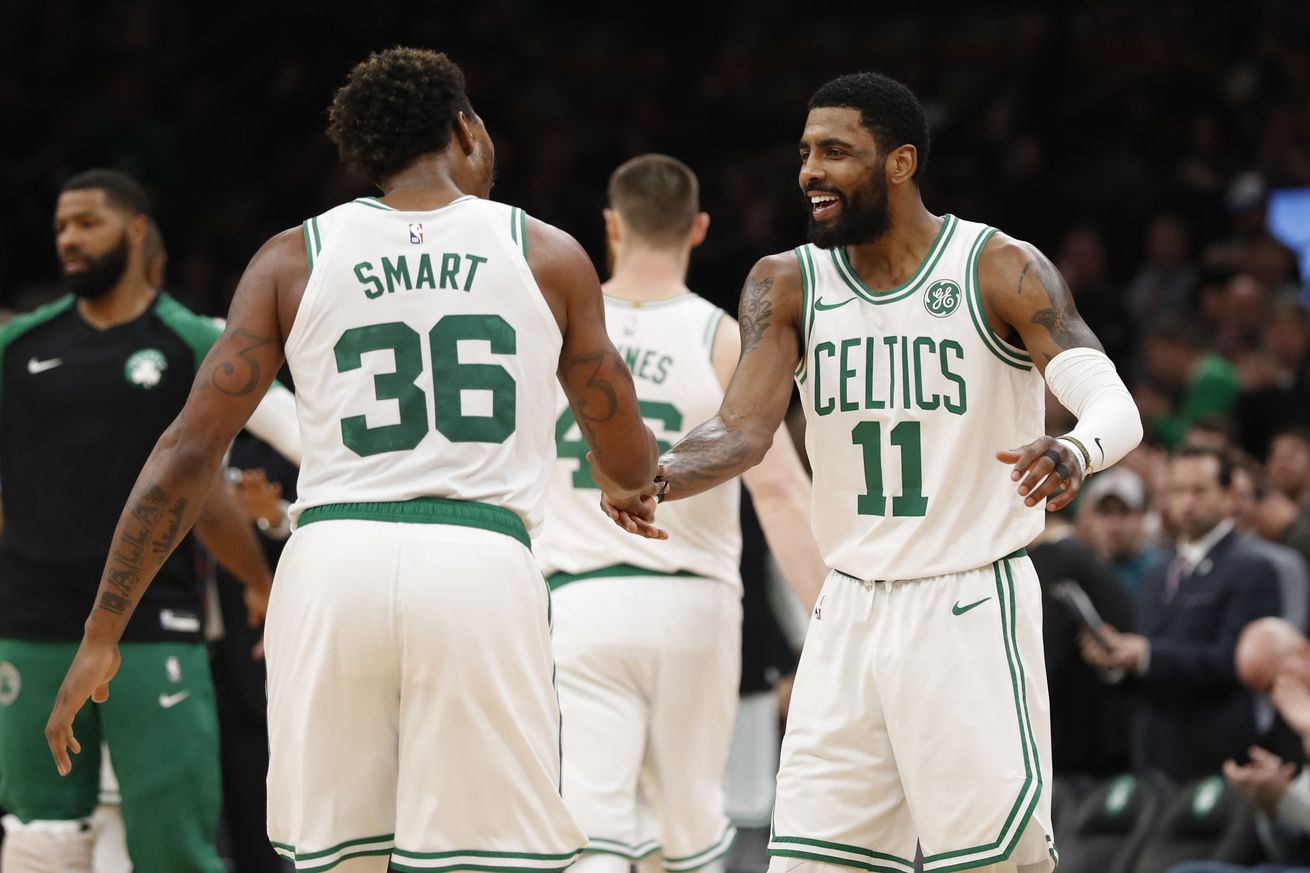 Marcus Smart had an explicit response to if Kyrie Irving caused the downfall of this season.

Much has been made of Kyrie Irving’s leadership throughout his second season with the Boston Celtics.

And a growing narrative over the course of the 82-game regular season and the nine playoff games that followed is Irving’s leadership style, or lack thereof, ultimately caused the downfall of a Celtics season that came up well shy of meeting expectations.

But addressing reporters a day after the season ended with a disappointing 116-91 loss to the Milwaukee Bucks in Game 5 of the Eastern Conference semifinals, Marcus Smart came to Irving’s defense by saying claims that the superstar guard ruined the team’s chemistry, and in turn the season, weren’t justified.

“That’s (expletive),” Smart said. “No one on this team knows what Kyrie’s been through. Probably a few amount of people in this world know what Kyrie goes through. It was hard for him as well. … He didn’t want to disrupt (us). That says a lot. This is Kyrie Irving we’re talking about and he’s talking about coming in and disrupting us. We took him in with full arms and tried to understand, but we never really understood because we’re not in his shoes. That’s just a (expletive) statement to say his leadership killed us. There’s four other guys out there. There’s 12, 13 other guys on the team. Coaches and everything. To just blame it on one guy is (expletive).”

While Smart and Irving appear to have a close relationship, Smart said he hasn’t talked to Irving on if he will return to Boston for a third season next year.

“If he wants to talk about it, he will. That’s his decision,” Smart said. “It’s not for me to ask. It’s not really my business. I love Kyrie as a brother. I talk to Kyrie. I wish nothing but the best if he decides to stay, or if he decides to go.”

It was certainly a turbulent season for the C’s from the very beginning and one that coach Brad Stevens called a “rollercoaster” with so many ups and downs.

So it came as no surprise, especially with how things ended in embarrassing fashion, that there were many things Smart would change about this season, even though he didn’t specifically list any.

“I don’t even know where to start. Everything probably,” Smart said. “Just switch up. I just feel like we didn’t give ourselves the right opportunity to do something great. We all locked in, we’re on the same page, we all wanted to do it, we just couldn’t find a way to do it.”