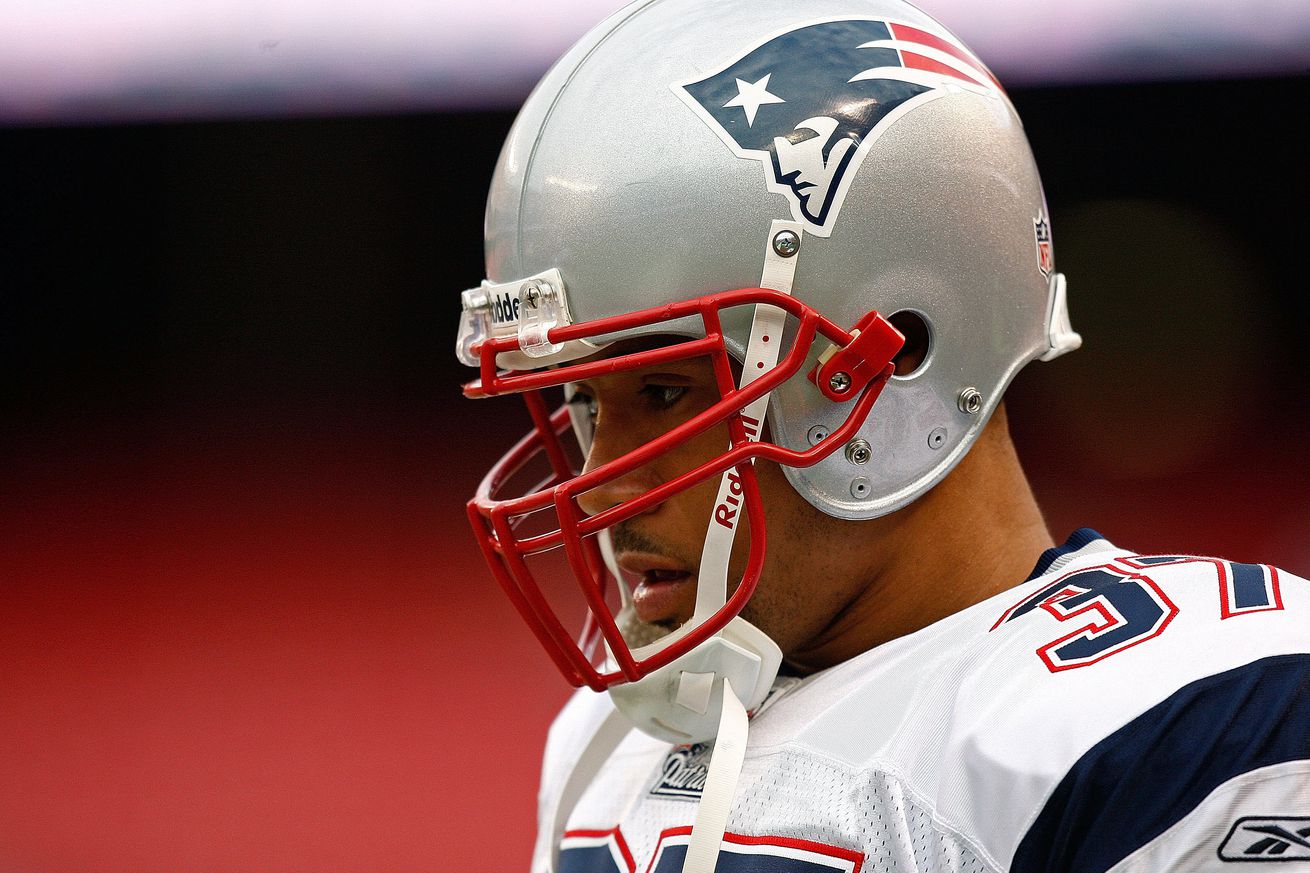 Rodney Harrison and Leon Gray will be inducted early in training camp.

Mark your calendars, we now have a date for the 2019 New England Patriots Hall of Fame induction ceremony: the event will take place on Monday, July 29 at Patriot Place Plaza adjacent to the Hall itself. As usual, the enshrinement is open and free to the public, and will be kicked off either after one of New England’s training camp sessions or before the traditional in-stadium practice that only season ticket holders can attend.

No matter the final details of the event, it will honor two men and their contributions to the Patriots franchise: long-time starting left tackle and senior committee choice Leon Gray, and two-time world champion safety Rodney Harrison.

Gray joined the Patriots as a waiver-wire pickup in 1973 and went on to establish himself as one of the best left tackles in football in the mid-70s. Playing alongside Hall of Fame guard John Hannah, he appeared in 80 games for New England over the course of six seasons and was voted to two Pro Bowls (1976, 1978) and one All-Pro team (1978). Gray, the left tackle on the Patriots’ team of the 1970s, was an integral member of one of the best offensive lines not only in franchise but arguably also in pro football history.

Harrison was originally acquired by the Patriots as an unrestricted free agent in 2003. A vocal and physical defensive back and six-time team captain, he spent the final six seasons of his fifteen-year career in New England. Along the way, Harrison became a cornerstone of a team that won the Super Bowl in 2003 and 2004. Playing in a combined 72 regular season and playoff games for the club, he was voted to the Patriots’ 50th anniversary squad and their team of the 2000s.

Unfortunately, only one of the two men will be able to attend the enshrinement ceremony: Harrison, now an analyst for NBC, will come to New England to receive the famed red jacket. Gray, who passed away in November 2001 at the age of just 49, will be honored in another way.