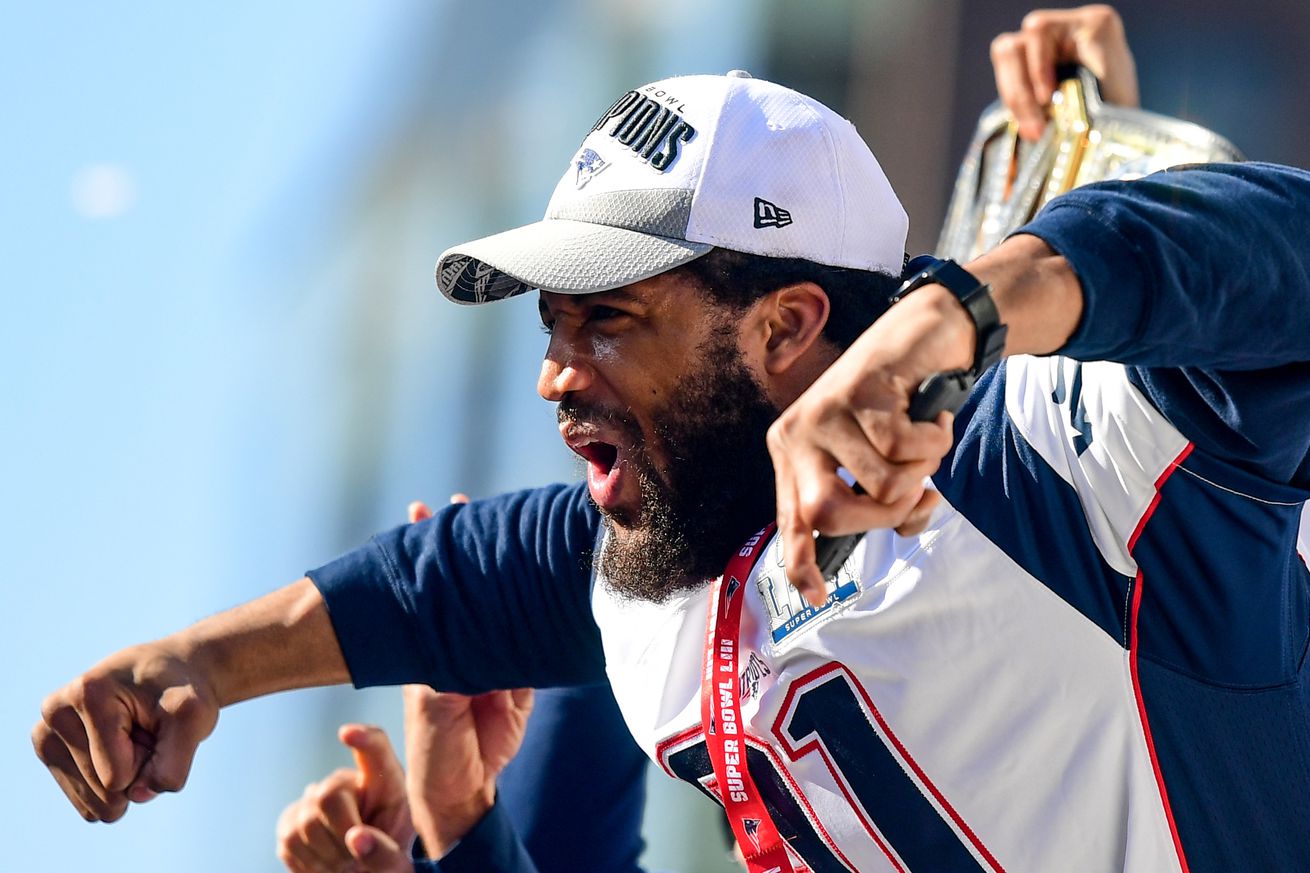 New England just won the Super Bowl; how much did the team’s sophomores contribute?

The success of a team’s rookie class cannot be determined after just one season. Evaluating after year two, on the other hand, gives a slightly better indication as to who has successfully been integrated into a franchise. Not only can a bigger sample size of performance be evaluated but the players themselves also have more experience in the system and a whole offseason to prepare for an upcoming season.

With that in mind, the New England Patriots’ 2017 rookie collective has had an inconsistent second year with the club. While some of them have been able to become contributors on the team that won Super Bowl 53 in February, most have found little to no success with the Patriots last year. With that in mind, let’s take a look at how the Patriots’ 2017 rookie class fared in 2018 to find out who has made the famed second-year jump.

Overall, New England had sixteen rookies on its final 2017 payroll, be it the active roster, the practice squad, or an inactive list. The following of them are no longer with the team:

The most notable of those eleven players are offensive tackle Antonio Garcia, tight end Jacob Hollister, linebacker Harvey Langi, and wideout Riley McCarron. Garcia was drafted in the third round in 2017 but failed to play even a single game for the team due to a medical condition. Hollister, Langi and McCarron, meanwhile, did dress up for the Patriots but saw their tenures with the club cut short due to trade (Hollister), health (Langi) and performance (McCarron).

This leaves only five members of New England’s 2017 rookie class who are still with the team.

Since joining the Patriots as an undrafted rookie free agent out of Vanderbilt, Butler had a productive two years in New England. Appearing in all 19 of the team’s games in both 2017 and 2018, Butler carved out a role as a situational interior pass rusher — one that was also used against the run on a regular basis during last year’s regular season. His forte, however, remained the pass rush and Butler stayed consistent in this area in year two.

Over the course of the 2018 season, he registered 18 pressures while being on the field for 39.0% of New England’s combined defensive snaps: Butler notched 3.0 sacks, 6 quarterback hits and an additional 9 hurries. While nobody is going to confuse him with Aaron Donald, his contributions on defense and in the kicking game have been steady over the course of his first two years in the NFL.

Butler therefore enters the preparations for the Patriots’ 2019 as a de facto roster lock at the defensive tackle position alongside Lawrence Guy and free agency signing Mike Pennel.

Another undrafted free agent pickup, Croston was also able to make his way onto the Patriots’ 53-man roster during his rookie year. He appeared in three games in a reserve role as an offensive tackle, playing a total of eight offensive snaps as well as one in the kicking game. Last season, however, the Iowa product failed to build on the moderate success he enjoyed during his first year as a pro.

Croston was among the Patriots’ early-September roster cuts and later was signed to the team’s practice squad. While he was promoted to the active team two weeks later, he was active for only two games. After playing a combined four offensive snaps in those regular season contests and none on special teams, Croston was released again in November and re-signed to the practice squad. He spent the remainder of the regular season on the scout team.

Despite the Patriots losing offensive tackles Trent Brown and LaAdrian Waddle in free agency, Croston needs to fight for his roster life again in 2019: Isaiah Wynn, coming back from injured reserve, and offseason additions Yodny Cajuste and Jared Veldheer make for an intriguing battle at the offensive tackle position.

Davis also went undrafted in 2017 and remained on the open market for almost four months before the Patriots brought him on board early in training camp. A bulging disc in his neck that also contributed to Davis going undrafted, however, ended his rookie campaign before it even began: he was placed on the non-football injury list when roster cutdowns came around in September.

Davis returned to the field in 2018 and earned a spot on the Patriots’ 53-man roster as a depth option on the defensive edge. In this role, the then-24-year-old was active for six games and played a total of 14.9% of New England’s defensive snaps on the year. Davis ended the year with six tackles as well as a quarterback hit and three hurries. And while his numbers and playing time do not stand out, they certainly are a positive development considering Davis’ 2017 rookie season.

Entering 2019, he will have to build on his sophomore year to earn practice reps and ultimately a roster spot on what is a deep but certainly not settled defensive edge.

Like Davis, Rivers also missed his entire rookie season because of injury: after looking good early on in his first NFL training camp, the third-round draft pick tore his ACL during New England’s joint practice sessions with the Houston Texans. One year later, he returned to the field — his impact, however, was limited: Rivers appeared in only six regular season games and one playoff contest as a depth option along the defensive edge.

All in all, the Youngstown State product finished his first healthy season in the league with a 7.9% playing time share as well as two tackles, a sack and a hurry, and a pair of quarterback hits. In this sense, Rivers’ 2018 season can be classified like Davis’: neither his playing time nor his statistics jump off the page, but seeing him healthy throughout the year is certainly encouraging for a player coming off a major knee injury.

Rivers will certainly be one of the players to watch this summer: he certainly has the upside to turn into a bigger contributor for the Patriots defense, but so far has not yet delivered because of his injury and the limited role he was given in 2018.

A fourth-round pick in 2017, Wise Jr’s rookie campaign already saw him develop into a major factor along the Patriots’ defensive line: appearing in all 19 of the team’s games, he trailed only Trey Flowers in quarterback disruptions. 2018 was more of the same for the Arkansas product, even though his playing time numbers and individual statistics went down a bit — in part because of New England’s additions of Adrian Clayborn and John Simon.

Nevertheless, Wise Jr. was still the number two option at the position alongside Flowers and played a combined 37.5% of the club’s defensive snaps. At the end of the 2018 playoffs, he had appeared in 17 of the Patriots’ 19 games and registered 4.5 sacks, 10 hits, and 5 quarterback hurries. His 19.5 pressures ranked him fifth among New England’s defenders, which speaks more about the team’s overall depth than a possible dip in performance.

With Flowers and Clayborn no longer a part of the equation, the path is clear for Wise Jr. to possibly take on an even bigger role in 2019. In flashes — think: Super Bowl 53 — he has already shown that he can be up to the task and that he has the coaching staff’s trust.

All in all, the Patriots’ 2017 rookie class saw Butler and Wise Jr. continue their development into key rotational players in 2018. Meanwhile, Davis and Rivers fought their way back from injuries to at least get some experience at the NFL level. Croston, on the other hand, showed little more than being an additional body. Safe to say that the upcoming summer will be big for all five men: either they can (further) build on their first two years in the league, or their standing on a deep team could be in jeopardy.