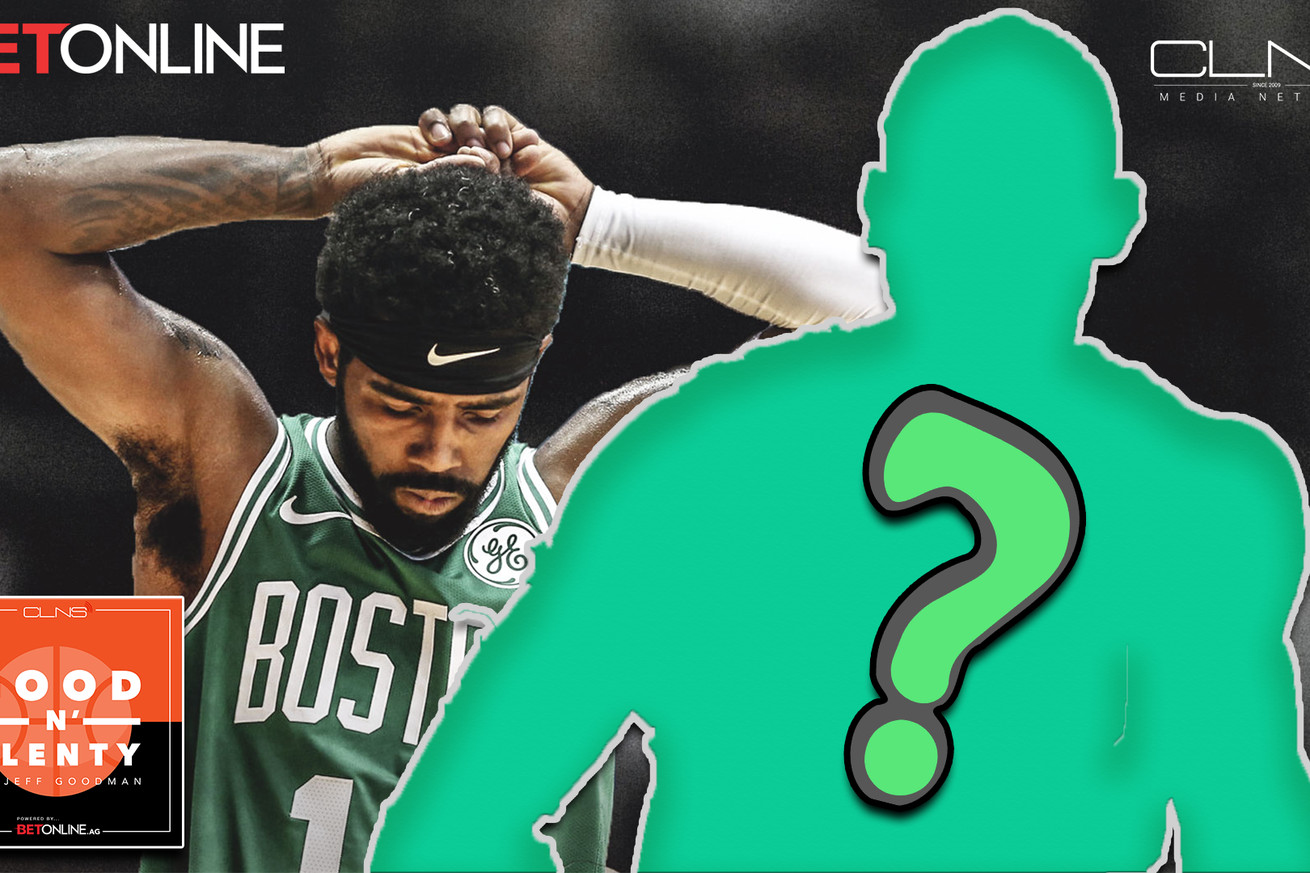 Find out who in the world Bob Ryan could be referring to from Celtics’ past….

Open Letter to Kyrie was composed By Evan Valenti

Let me be perfectly clear: I am still very much in the “The Celtics should keep Kyrie Irving” camp. I think he’s the most talented player to don a C’s uniform since the Big Three era. I don’t think many people will dispute that.

The chatter surrounding Irving all season was deafening. Nick Wright, Chris Broussard, Colin Cowherd, Max Kellerman, Stephen A. Smith, Bill Simmons, etc all spent time telling us all season that Basketball Houdini is leaving after this season. I did all I could to ignore it. I screenshot all of the clips, all of the graphics FOX Sports 1 and ESPN ran all season to gloat July 1st.

However, it’s getting to a point where I can’t ignore it anymore. On this week’s Good ‘N Plenty with Jeff Goodman:

“Good luck to whoever it is; New York, LA, whoever’s next. Because we know there’s going to be a ‘next’. There’s no encore coming in Boston with Kyrie Irving. That’s not even on the radar screen right now,” says Bob Ryan.

Two guys I trust more than the national pundits both echoing the same sentiment. And if that is the case, that Irving is moving on, then I just want to get a few things off my chest.

Kyrie Trade Was Worth It

“It was a roll of the dice,” says Ryan. A worthwhile one I might add. Trading Isaiah Thomas, Jae Crowder, and Collin Sexton for one of the best ball handlers in NBA history is a trade you do ten times out of ten. Sadly, Isaiah has never been the same since his legendary postseason. Crowder was a necessary casualty to get Gordon Hayward. And I like Sexton but he’s far away from being something.

None of those pieces would have propelled the Celtics into the stratosphere they were supposed to be in this year. On paper this Boston team was a juggernaut and Kyrie was supposed to be a big part of it. It just didn’t come together.

Now I’ll admit something is fractured in the locker room. Clearly. Moreover, no matter what they say to the media this team did not like playing for each other. Danny Ainge has to do SOMETHING to fix this team. But if I were him I would find a way to make Irving a part of it.

I could go on-and-on-and-on about why Irving should stay. There’s no guarantee that he’s going to be happy anywhere else, including being second banana to Kevin Durant in New York. Is Brooklyn’s supporting cast better than Boston’s? Is Kyrie REALLY going to go back with LeBron?

There are a ton of stats that support my “Irving is special and you should build around him” take, but I really only want to mention one. He was one of the most clutch players in the league this year. And if you’re going to throw that out because of one bad postseason series that clearly was a match-up problem then I feel that’s a little shortsighted.

Is it really that hard to fathom Irving as a big centerpiece of the next Celtics run? Put it this way: What if Kyrie is Paul Pierce and needs his Kevin Garnett in Anthony Davis? I feel like I would “roll the dice” on that.

11:13 You could never get too excited this year