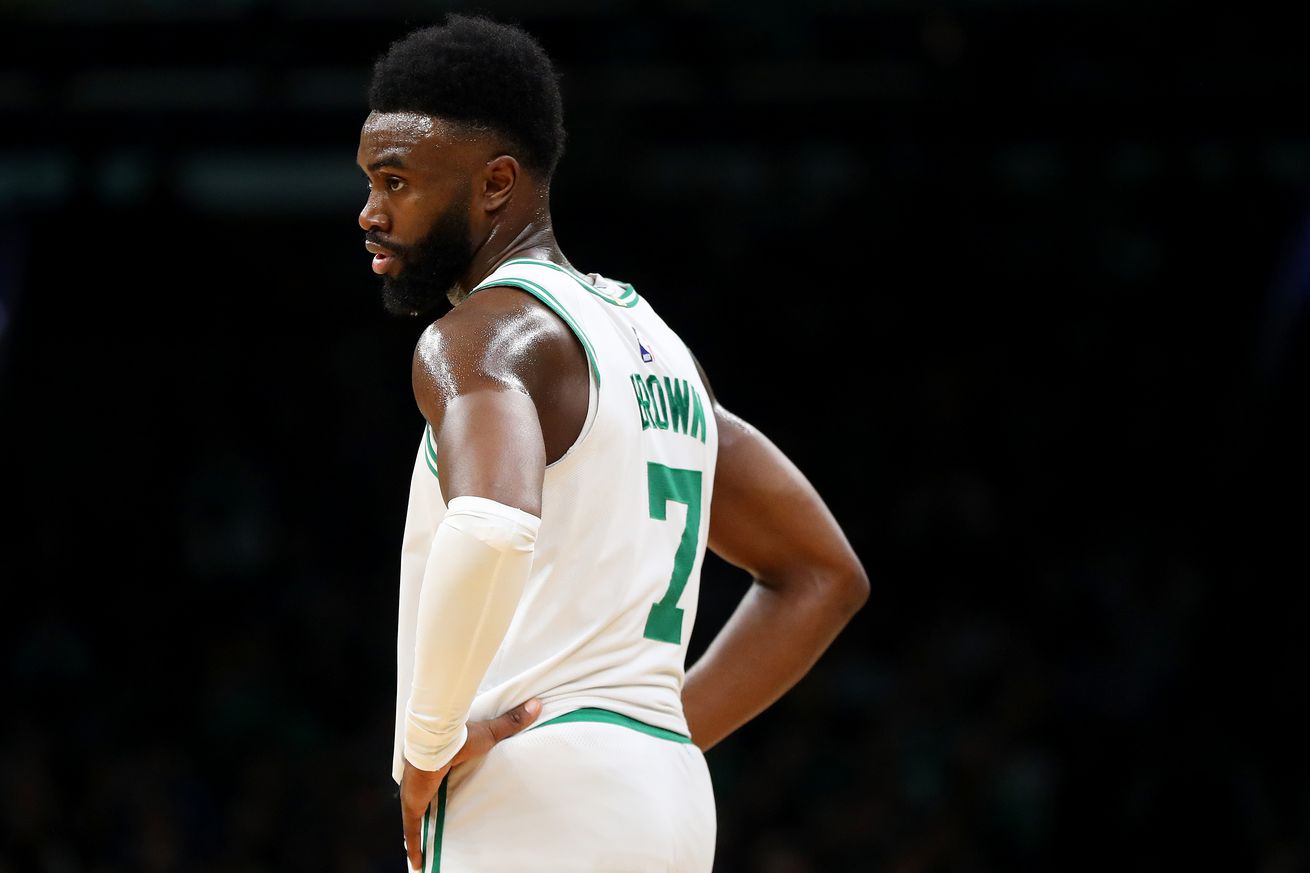 One of the bright spots from Boston’s playoff run was Brown’s consistency.

For much of the year, the Celtics were a roller coaster ride of emotions. There were peaks–yay, that west coast road trip–and valleys–George Hill and Pat Connaughton are killing us–but Jaylen Brown’s year was marked with steady, consistent improvement.

He certainly had his emotional outbursts. After a disappointing loss in Brooklyn, Brown finally barked back at some of Kyrie Irving’s public comments about the inexperience of the young players and more so, not knowing what it takes to win a championship. He had already lost his starting spot to Marcus Smart after a nasty fall in late November. But after Smart sparked a seven-game winning streak, Brown would not get it back until the start of the playoffs.

It was a year of growing pains for the three-year player and one that Brown vows to learn from. “i don’t think anybody was prepared for this year in terms of what the circus was going to be like with the media and everything, the expectations, and balancing all that, and the rotations, we didn’t know what it was going to be like,” Brown said. “Definitely, I’ve learned a lot. My approach will be different from here on out. I don’t think anybody was prepared for what this season brought.”

Through nineteen games in October and November, Brown’s field goal percentage hovered under 40% and the three-point touch that he had mastered in his sophomore season was gone. But by mid-season and certainly by the playoffs, Brown had re-established his trajectory from the season before.

If you’ve been a believer in Brown’s talent since Day 1, his statistical climb this year has not been a surprise. His more impressive growth has possibly come off the court. Brown was recently elected as a Vice President of the Players’ Association’s Executive Committee. During the Las Vegas Summer League, he’s hosted a social event for young players to get to know each other before becoming the future of the league.

However, even though he’s been magnanimous with other players and shown maturity well beyond his young age, he hasn’t flexed those leadership skills as much as a member of his own team. The kid out of Cal is a kid no more. After Game 5, Brad Stevens remarked about Brown and Jayson Tatum, “I can’t imagine having to handle what they have to handle at 20 and 22. Like, I just can’t fathom it. I would have cracked long, long ago.”

“It tested me mentally. It tested my physically. When you get challenged, that’s where growth happen,” Brown said of this season. “Being uncomfortable this year was something I had to adapt [to]. My role changed, my responsibility changed, I had to adapt in so many different ways.

The Reverend Martin Luther King Jr. said that the ultimate measure of a man is not where he stands in moments of comfort and convenience, but where he stands at times of challenge and controversy. By those standards, Brown may arguably be Boston’s rock heading into the summer.

“In the league, you don’t know what to expect, so you can’t let things catch you off guard. So, you got to be prepared for any outcome, no matter what. So mentally, I would just make sure that I’m prepared for any situation no matter what is thrown at you and stuff. It took me some time to figure it out, but I’ll be more prepared in the future.”

There’s no predicting what happens on July 1st. Brown could be the perfect complementary piece next to Kyrie Irving and Anthony Davis or the crown jewel of a trade package that the Pelicans crave. He seems ready either way.

“I look at things optimistically. I’m 22-years-old. I still have a lot to learn and I got a lot to improve on. I’m healthy, so the best days are yet to come for a lot of us so I look at it in that direction and move forward.”